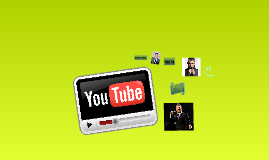 Transcript: Born 9 September 1975 Familiy Born to a Salmon fisher called Lewis and his wife Amber Youth Michael lived with his 2 sisters Bublé had a strong passion for ice hockey and wanted to become a professional ice hockey player for the Vancouver Canucks growing up but believed he wasn't good at it Bublé’s second studio album, It's Time, was released 15 February 2005, again by 143/Reprise Records. The album included standards from a variety of eras including You Don’t Know Me Feeling Good Can't Buy Me Love Save the Last Dance for Me Song for You Quando, Quando, Quando . It also included an original track, "Home" The album reached # 1 in Canada, Italy, Japan, and the Billboard Top Jazz chart, #2 in Australia, and #7 on the Billboard 200. Additionally it reached the top 10 in the United Kingdom, Switzerland, Norway, Austria, and Sweden. The album spent 104 weeks on the Billboard Top Jazz Charts, including a record-breaking 78 weeks in the #1 spot Michael Buble I used to think that being named Michael Bublé was pretty cool because I was close to being called Jiri Bubla." 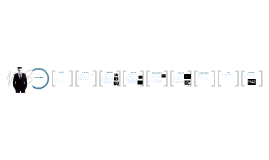 Transcript: Michael Buble has made clever and lucrative deals with Starbucks, Ketel One vodka, Beringer wines and Rolex 2007 Call Me Irresponsible Michael Buble has won several awards, including three Grammy Awards, American Music Award and multiple Juno Awards Michael Buble 2. Who introduced Michael to jazz music? The album features songs such as: "Fever", "The Way You Look Tonight", "For Once in My Life", "Moondance" and "Sway" 3. Name one of Michael Bubles songs. 1. Where is Michael Buble from? Michael Buble 2009 Crazy Love Michael Buble’s real career breakthrough came when he sang at a wedding and was introduced to wedding guest David Foster. The album spent 104 weeks on the Billboard Top Jazz chart and a record-breaking 78 weeks in the No. 1 spot Quiz Questions He began performing with several local bands as a teenager. His first singing engagements were in nightclubs at the age of sixteen and were facilitated by his grandfather. He married actress/ model Luisana Lopilato in 2011 The album went to the top 10 in Canada, the United Kingdom, and South Africa and reached No. 1 in Australia Bubles interest in jazz music began around age 5. In the U.S., the album debuted at No. 2 on the Billboard 200 and rose to No. 1 in its second week. The first single off the album was "Everything" The album reached No. 1 in Canada, Italy, Japan, and on the Billboard Top Jazz chart Crazy Love debuted at No. 1 on the Billboard 200 chart, becoming Buble's fourth No. 1 album on Billboard's Top Jazz Albums chart Buble's fourth studio album was released in October 2009 Buble's third album was released in 2007 Three tracks from the album (Kissing a Fool, How Can You Mend a Broken Heart?, Sway) reached the top 30 on the Billboard Hot Adult Contemporary Tracks chart The album features songs such as "Cry Me a River", "Georgia on my mind", "Crazy Love" and "Whatever it Takes" Buble co-wrote the hit single "Haven't Met You Yet" for Lopilato In 2003 Michael Buble’s debut album was released The following year, Foster signed Buble; to the 143 Records label and the two began work on the singer's first major-label release. Debut album released in February 2003 Awards Buble's second album, It's Time, was released in February 2005 The album also features songs such as "Dream", "I've Got the World on a String" and "L.O.V.E." Early Life "Everything" became one of Buble's biggest hits ever, reaching No. 46 on the Billboard Hot 100, No. 1 on the Hot Adult Contemporary Tracks chart Music Career The album features songs such as "Feeling Good", "Can't Buy Me Love", "Save the Last Dance for Me", "Song for You", and "Quando, Quando, Quando and "Home" co-written by Buble. He was introduced to jazz music through his grandfather Demetrio Santaga. Most of the tracks off the album were recorded live Michael Steve Buble born on September 9, 1975 in Burnaby, Canada. 2005 It's Time Other Interesting Facts 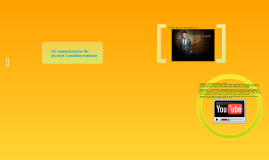 Transcript: THANK YOU For watching my presentation Michael Buble is a Canadian Singer, born in September of 1975 in Burnaby, British Columbia. He has won several awards, including two Grammy Awards and multiple Juno Awards. His first album reached the top ten in Canada and Uk. He found worldwide commercial success with his 2005 album "It's Time", and his 2007 album "Call Me Irresponsible" was an even bigger success, reaching number one on the Canadian Albums Chart, the U.S. Billboard 200 chart, the Australian ARIA Albums Chart and the European Charts. Buble has sold more than 35 million albums worldwide. My nomination for the greatest Canadian musician Michael Steven Bublé I give my nomination to... Poem Analysis – “Just Haven’t Met You Yet” By Michael Bublé In Michael Bublé’s song “Just Haven’t Met You Yet”, he expresses his feeling of hope of finding the right girl for him, even after having so many ended relationships that have left him heartbroken. In this song, he talks about his desire to make his relationship with the right girl last. This song encourages us not to give up and to stay positive during even the most heartbreaking cases of relationship. The beginning of this song is Michael Bublé talks about having his heart broken many times and trying to get too worked up about it. There’s a line in the song that says “And I know someday that it’ll all turn out” and that’s him showing that he hasn’t given up yet. Then in the next stanza it says “You’ll make me work, so we can work to work it out”. In this stanza he is talking about working really hard in the relationship that he’ll have with the right girl so that he doesn’t have to go through another break up again. The beginning of this song, I think, is elegiac. He seems sad about getting his heart broken. I think the rest of the song is hortatory because it’s encouraging and positive. I think that this song is postmodernism because it is a personal song. The things Michael Bublé is singing about is not a universal truth, it’s personal. Its how he thinks about his own life and how he chooses to live it. 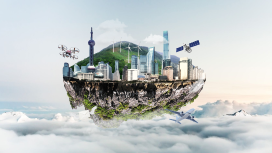 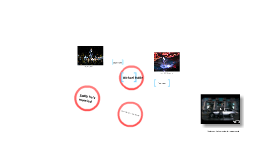 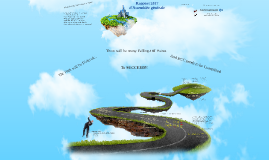 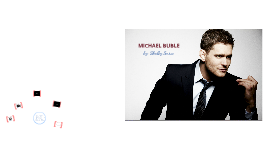