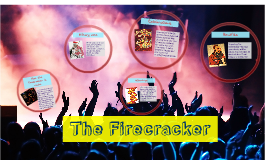 Transcript: Firecrackers can be used to scare away evil spirits such as Nian. Firecrackers also can be used to celebrate the Lunar New year. Firecrackers set a beautiful display and can be used at weddings and festivals. Celebrations The Firecracker Benifits Military uses This product could be dangerously explosive. Use with safety and use at your own risk. The firecracker could result in serious injury. Keep out of reach of children. Warnings How the firecracker is made The firecracker is made of bamboo roots filled with gunpowder. Then it is set on fire. The bamboo rods get really hot. Sections of air, sap, and gunpowder inside the rods expand. The bamboo gets really big, shoots up into the air, and BAM it explodes The Firecracker is also used in the military. The soldiers use firecrackers for bombs, fire arrows, signal flares, and other explosives. If you buy the firecracker, You and your family will be saved from evil spirits such as Nian. It will bring you happiness! 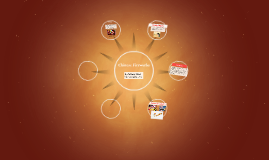 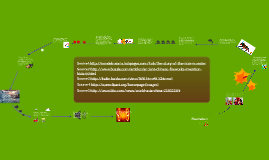 Transcript: People later learned that Nian was afraid of loud noises and the color red, The following year, the villagers were ready for it. They set off firecrackers, lit all their lamps and decorated their houses in red, and burn the fireworks whenever Nian was about to arrive, to scared away the beast. firecracker's harm Source1:http://mmdelrosario.hubpages.com/hub/the-story-of-the-nian-monster source1 firecracker's origin Scource1 source1 source1 firecracker's invention According to legend, firecracker was invented by a Chinese cook. The cook accidentally mixed three ingredients, namely charcoal, sulfur, and potassium nitrate, and derived a black, flaky concoction. Further experiments revealed that when this mixture was stuffed inside a bamboo shoot and ignited, it exploded with a very loud sound. Source3:http://baike.baidu.com/view/1691.htm#8 (Chinese) According to legend, once upon a time, there was a monster called " Nian "(year). Every year on December 31st, it would come down from the mountains to hunt people. firecracker release a lot of harmful gases while burning, like sulfur dioxide (SO2), nitrogen dioxide (NO2), hydrogen sulfide (H2S), carbon monoxide (CO), nitrite (NO2-)..., source3, 4 source1 Shannon Lee p.4 Firecrackers Over time, the government allows some of the cities again, because it was a important traditional culture in China. In China, firecrackers were used in the celebration of some traditional Chinese holidays , like Chinese new years, weddings, inauguration, or some activities in the temple. Suddenly, the deafening noise of firecrackers sounded endlessly and it realized that the house was covered by red paper, this scared it even more and it ran away. source3, 5 Firecrackers can also cause noise pollution and other pollution that effect human, so some big cities in China were not allow to burn any firecrackers before. source3 Source2:http://www.buzzle.com/articles/ancient-chinese-fireworks-invention-history.html source2, 4 source1 This become a tradition in China. Chinese people celebrate in remembrance of this legend and continues till today! Source5:http://www.bbc.com/news/world-asia-china-25855509 One day, a wise, old man passed through the village and told an old woman, that he will teach the woman how to scare Nian away. it may cause the acid rain and corrode the building or frosts, and affect the soil and crop production, Source4:http://openclipart.org/homepage (images) In the evening of December 31st, when Nian arrived the village, it saw that all the houses were dark except the house in which an old woman lived. Nian approached the house. 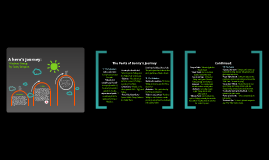 Transcript: Dragon Battle- When he fights the Black-Shuck Ritual Death- there is no ritual death or dismemberment Sacred marriage- Sonny and Kelley, and i guess i'll count Kelley and tyff and Lucky too Atonement- He is reunited with his birth mother, not his father Apotheosis- not really, maybe to just Kelley and the other Janus guards Ultimate Boon- well, Sonny is in a spell, so Kelley is actually the one with the solution. She finds that she also has her mother's powers. The Parts of Sonny's journey Sonny's departure A hero's journey: Sonny has many departure's in this story. One of the few main ones is when he leaves his home to protect one of the four gates. They open nine days every year, and the king assigned him and the other eleven Janus guards to protect the mortals and magic beings from getting in, or out. Once the gate was being created, the beings were confined forever on the side they were on in that moment. I. The Departure: Call to adventure- Sonny has to protect his gate. Refusal and accepting of the call- Sonny is forced to, if he doesnt protect the gate then he dies Supernatural guide- I would say that his guide is the king or Maddox. Sonny meets a girl while on his way to the gate, a light in his head. His "firecracker". She is the main cause for all of the trials he faces throughout this story. Because of her, he finds that the Wild Hunt is ready to be called upon. Ready to be released. He deals with a boucca, a black-shuck, a siren, storm hags, Queen Mabh, King Auberon, almost dying (by enemies and even Kelley was an eventual threat at one point), getting stitches, the Kelpie in Kelley's bathtub, the Wild Hunt, and the whole time falling in love with Kelley and trying to keep her safe. The Return III. The Return: Refusal of the return- Sonny doesn't want to go back with the king, but tells Kelley that he will find a way back to her Magic Flight/pursuit- Sonny is trapped on the roan horse, under a spell, and forced to lead the Wild Hunt. He wants to get off. Rescue from Without- It looks like its the end when Kelley and Sonny started to fall, but Kelley's wings sprouted and saved them both Crossing the return of the threshhold- Sonny returns to the fairie realm Master of two worlds- He has conquered life in both worlds. Freedom to Live- He does is job and everyone is safe. The Wild Hunt is ended. Crossing the threshhold- When he finds Kelley and the Kelpie hair and beads Talisman- His sticks that turn into a sword. Kelley's is a clover necklace Companians- Maddox, the other gaurds, Bob, Tyff, and Kelley Threshhold Gaurdians- Queen Mabh, King Auberon, the Wild Hunt His Initiation Entering the belly of the whale- He gets injured and almost dies when fighting a Black-Shuck II. The Initiation: Meeting the goddess- He meets Kelley and can't stop thinking about her Abduction- Bob gets taken by the King and injured Night or sea journey- He takes Kelley to a in-between realm and ends up at Mabhs and back in the fairy realm. Towards the end of this book, Kelley makes a deal with her father. She wants the Wild Hunt to be over, and for Sonny to be safe. She gives up any magic powers she has, which only gives him more power to rule with. Well, after the Hunt is stopped by Kelley, her father tells her that Sonny will be safe. Except for one problem. He tells her that Sonny must go back with him to the fairy realm. Sonny is allowed one chance to see Kelley though. He doesn't get the chance to talk with her, but he gets to see her play, A Midsummer Night's Dream. Wondrous Strange By: Lesley Livingston Continued: 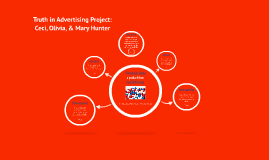 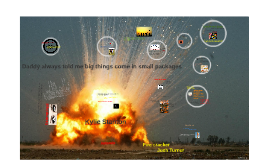 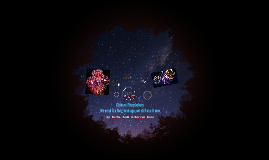 Transcript: Sun Simiao was born in the 6th century around 581 A.D Sun Simiao first developed the crackers,then the fire crackers. Was also a famous traditional chinese doctor China referred to him as China's King of Medicine Inventor Conclusion History Illustrations Fire Crackers This amazing invention is a beauty to watch. People set these fire crackers to express their happiness, pray for peace, and invite good luck to festivals. Chinese Firecrackers We used it a long time ago, we still use it now By Rucha Tank & Korryn Nice Cohen, Jennie. "Fireworks’ Vibrant History." History.com. A&E Television Networks, 01 July 2011. Web. 04 June 2015. "History of Fireworks." History of Fireworks. N.p., n.d. Web. 03 June 2015. Work Cited People thought they would disperse evil spirits Used to warn armies that there were intruders Bamboo created a huge blast Later gun powder was filled into the bamboo During wars, fire crackers were attached to arrows and rockets It started out with China using fire crackers to get rid of bad spirits. Now we use fire crackers to bright up the night of holidays. These spectacular events are always something to remember.