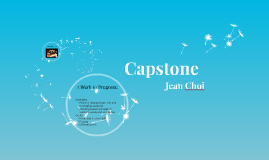 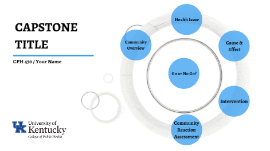 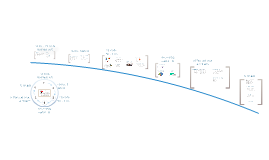 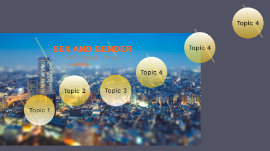 Transcript: NICODEMUS URINGI UWANDA SEX AND GENDER WHY THIS TOPIC. Topic 1 I chose this topic because the society we live in today, is highly weak when it comes to sex and gender part. In most cases, women are seen as less valuable than men. OBSTACLES. For a topic like this, it is usually hard to get all the information you want, especially through surveys. Surveying people who are older than you, is a big obstacle i faced. Majority of them were not willing to talk about sex. OVER VIEW. Topic 2 For many years, we have been taught that sex and gender do not matter or they have no difference In some cultures sex is considered a sin, but in other cultures sex is a normal thing that is done in private. Perhaps you might ask yourself how sex and gender even came into existence. How did we end up considering sex as an adult private affair? Why females are considered weaker than men in some cultures? This presentation explains all the questions and mysteries about sex and the creation of gender (female stereotype). THE STORY BEHIND Topic 3 In the beginning the earth was filled with nothing and God decided to create something in it. He created the water bodies, land, fish, birds, animals, plants and lastly he created human beings He create Adam to take care and control everything that was in the earth AND he created Eve out of his ribs. God told Adam and Eve to eat all the fruits that the trees within the garden bear, but they shouldn’t eat the fruit of the tree that was in the middle of the garden. The serpent was craftier than any other animals. It persuaded Eve to eat the fruit and then Eve persuaded Adam to eat it as well THEY SINNED AGAINST GOD WHY WOMEN BLAMED Topic 4 the unfairness we see today towards women derive from the wrong choice she did when the serpent tempted her to eat the forbidden fruit. In original sin, woman was considered weak by the serpent and that’s why it went to her first instead of man. CONCLUSION Although many people say that the forbidden fruit was sex and sex was the first original sin and that sin made a lady look weak, I say no. The forbidden fruit was not sex and the sin that our first ancestor committed, shouldn’t make women weak. Sex has been there and we shouldn’t consider it as a sin. Women should not be under looked by men. Both man and woman ate the fruit so no one is a saint. Topic 4 OUTCOMES I CHOSE The communication competency of analyzing fitted best in my project.In this, I analyzed and evaluated messages from my sources and incorporated it with my own opinions for my paper. Before starting my research paper, I had a lot of opinions. For a perfect research paper, I needed facts rather than opinions. For example, I had an opinion that women are more affected by the sex and gender issue because they were the first to bring sin into existence. I used the phrase in the bible that says, “Eve, the first female, gave the forbidden fruit to her husband. They both sinned against God, but the woman is the one who initiated it”. The information from the sources, helped me organize my opinions into a fact through evidences. Evidences makes your arguments strong and reliable. Topic 4 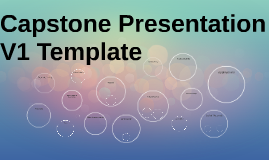 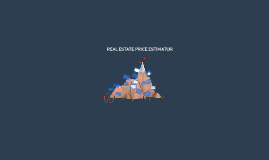 Transcript: MODELING TOOLS USED * The aim of this project is to build a predictive model to estimate the final sale price of a home by considering the constraints like No. of bed rooms/bath rooms, No. of parking spots etc. TEAM MEMBERS Guided By : Keith C Drake DATA ANALYSIS FIG (4) REAL ESTATE PRICE ESTIMATOR * We have analyzed the data set to identify any noise. * On analyzing the data set we came to know that the data set consists of 6310 examples with 33 regular attributes. * We have analyzed the attributes which have more weightage, that is which will be more helpful in predicting the model. *Analyzed the attributes which have missing values in 17 attributes and with inconsistent data in CITY attribute. * Converting data from Nominal To Numerical. * Split the data into Training and Testing data. * Linear regression model has been applied to get the coefficient, Std. Error and Tolerance of the data. MINI GOALS: ANALYZED DATA FINAL MODEL LINEAR REGRESSION * To develop a java application with an interactive GUI. * In cooperating the HTML language to make it a web portal. PROCESS EMPOLOYED BUSINESS UNDERSTANDING FIG (2) FIG (3) DEPLOYED WEB PORTAL SELECTING ATTRIBUTES * We have evaluated our model by applying the "Performance" operator. * Evaluated based on split ratio of 0.9 : 0.1 * Based on this the values we got for the initial data set are: RMSE - 9887.755 AE - 7127.247 * Based on the final 500 example set the performance results are as : RMSE - 12622.45 AE - 7792.10 * Initially we filtered out the examples as per the customer requirements. * As most of the attributes are not required for the final estimation model, we need to select those that are only required. * As we analyzed the attributes that play a major role in final model, we selected only those attributes with Select Attributes operator. * Once the attributes are selected, we replaced the missing values in the attributes with Impute Missing Values operator. *Once the missing values are filled out, we tried to generate some new attributes. * We integrated the Rapid Miner model into a Java Web Development environment. -- Who will use the deployed web portal ? -- Usecase Diagram: * Owning a new home is a dream for every family. * At certain point of life everyone wants to have their own home. * This results in increase of boom in real estate field. * Everyone tries to own a home or land with best amenities at ideal price. * These amenities refer to where the home is located, how far is it from school/university etc. We used CRISP-DM process to achieve the final goal of the project. By employing CRISP-DM methodology we have followed certain steps which include 1.Business Understanding 2.Data Understanding 3.Data Preparation 4.Modeling 5.Evaluation 6.Deployment GENERATED FEATURES EVALUATION DATA PREPARATION FIG (1) ANY QUERIES ?? GOALS * In order to get a better performance in estimating the Last sale price, it is required to generate some features. * Generated the features like - Distance To Walmart - Distance To UHCL - BEDS/BATH RATIO - Original List Price per Sqft. We used Google Maps as a source to calculate the distance between the specific zip code to Walmart or UHCL with the help of Generate Attributes operator. * EMail subscriptions button that sends user about future homes data that they are interested about * Enable more comparision features like time to ride to school between homes * Premium accounts for advertising homes * Show interest feature * Virtual home visit feature * Generate maps using real time data * During Replacing the missing values. - Initially we make use of Replace Missing Values but it doesnt help us in getting a better performance. - We have done a research in web about the operators available for replacing the missing values and then we came to know about Impute Missing Values. * In this business understanding we have studied about what are CustomerRequirements, System Requirements from the view of both the designer and the End User. * This study on customer requirements and system requirements helps in building a model according to the end user satisfaction. * The Customer Requirements that are to be considered in creating a real estate sales price estimation system are 1) Zip codes of interest in Clear Lake, TX. 2) Listings under $1,000,000 only. 3) Single Family Residences Only. Also the Zip Codes should be of 77034, 77058, 77059, 77062, 77089, 77546, 77573, and 77598. MEENA GAYATHRI NARSA REDDY MALLIKARJUN VIJAY RAGHURAM MOTIVATION FOR THE PROJECT * Rapid Miner Studio * Microsoft Office * Eclipse * Web Browser ( Google Chrome, Mozilla Firefox) IMPUTE MISSING VALUES APPLYING FILTERS GENERATED ATTRIBUTES DEPLOYMENT ISSUES FACED FUTURE ENHANCEMENTS 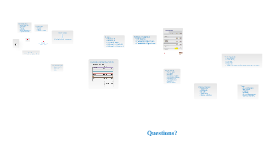 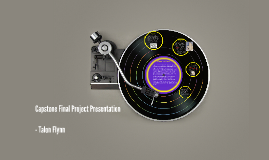 Transcript: In the coming days and potentially months I hope to continue drafting the inner cuts to the bass for switches, the bridge, and the pickups, which I have recently received in the mail (as this held me back for a while). The final stage of the outer-body work that I finished in class was the routtering of the edges of the bass, which went smovely, however it required further saning along the edges to create a deeper looking "Cut." The next step in the process involved re-drafting the design onto a piece of would, in this case I used maple (Primarily for its density), from here I merely used the bandsaw to roughly cut out the design of the body of the bass, and finally I sanded around the edges using a belt sander. Phase 1 Initially the project involved drafting, and design of the bass, this process primarily utilized French Curves, in order to create the long sweeping arches in the guitar, while a simple straight edge was used in drafting the neck of the bass. Capstone Final Project Presentation - Talon Flynn Conclusions I was able to learn a lot from this project as well as you dozens of techniques and skills I've used over the course of my high school years, and I was able to meet, and connect with people in my community that shared a common passion, such as the instructor I shadowed from spotlight music who assisted me in drafting and design of the internals of the guitar. I picked this design, and this subject for constructing for my passion for music, and building, and I am very excited for the results! Phase 3 As well as beginning on the drafting of the neck of the guitar, and completing this portion. Phase 4 Phase 2 The guitar required additional sanding after this; which was entirely manual