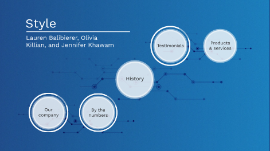 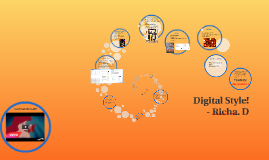 Transcript: Least Favourite Subject Last year I chose the topic of yoga I wanted the people around me to let go of their stress by doing yoga Well since I wasn't finished I would still like to continue my project U know what they say, best to finish before you start another I went to universal studios I love harry potter and I got to visit the theme park Went on many roller coasters So many times my eyes were closed Drank butter beer which was delicious Enjoy helping others Want to be a doctor when older Help people who are sick and make a difference Favourite Subject My Family DO YOU KNOW WHO I AM? PLEASE DON'T SAY NO! THANKS! Genius Hours Hobbies EVERYBODY CLAP!! My parents are my role models They take care of me and provide the love I need I wish to follow their paths and learn the good things from their. From my mom her art From my dad, his designing Represents who I am in pictures Collage of my life Art Piece Possessed Special Talent Now you know my life secret. You can tell people who do not know my name now that they need to know my life story and you can tell them for me! I am able to perform tricks while hula- hooping I can jump, walk, dance and even spin around 2 or more hoops can be around my waist at once Useful Educational App Own Piece of Artwork No particular least favourite subject Just get bored when repreating lessons Any questions :) I celebrate Diwali Love eating pizza and pasta Love sports Extras Summer Vacation I live in a family of four My sister is in grade 3 and I enjoy playing with her My parents are awesome and teach me lots of skills This is an art piece of my family and I on the celebrity cruise It was a memorable experience because my whole family was there Dreams Digital Style! - Richa. D My best-loved educational app is educreations Many different keys and you are able to make videos Others there to support you with there own videos Science Get to do experiments and explode things Fun Collaborate Build up focusing skills Playing sports Doing crafts Making music while playing my piano Role Model 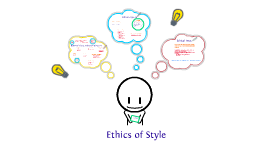 Transcript: Responsibilities and Rationalization Utilize Language The Declaration of Independence (Thomas Jefferson) Used syllogism (major premise, minor premise, conclusion) Used logos: philosophical justification, facts, and ended in a passive/impersonal voice (created a philosophical basis for revolution in general rather than just in the colonists' situation) Use pathos: explained the injustices and how the colonists made an effort Used declarative syntax: targeted everything at the king ("He ___") Used unifying diction: united the colonists by calling them "we" Used passive/impersonal voice when speaking of colonists...made it seem like they were coerced by a higher power Used active voice when speaking of King George...made it seem like he was the target and acting freely Used religious allusions: made it seem that the colonists were coerced by God Ethical Issue Can we trust a writer who tries to convince us through rhetoric/their prose style instead of through only logical arguments? “Style is the ultimate morality of mind” -Alfred North Whitehead Key: Diction (tone/words) Imagery Details (facts) Language (overall tone) Syntax (form) Sentence subject Active vs. passive voice Important Devices: Ethos, Pathos, Logos Allusions Anaphora & Epistrophe Choose Your Words Carefully AP Literature: The Ethics of Style writer to make language understandable reader to make an effort to understand good bad clarity: value that is man-created Rationalization would never intentionally hurt customers passive mistakes have been made A scientific explanation or history-related text where there was no way of understanding it Good writing is... clear, concise, candid + achieves an end while maintaining integrity Experience what readers undergo as they read Ethical choice= why write clearly when there is so much bad writing? Graceful writers don’t go unrewarded Satisfaction Sears Sales Example Subjects imply different scenarios Make word choices that aren't inevitable, but seem natural Ethics of Style break in the peace writer's duty Intended Misdirection Salutary Complexity/Subversive Clarity Bailey Kenny & Becca Smith "There is no artifice as good and desirable as simplicity" ~St. Francis de Sales Make logical arguments, but cleverly manipulate language to support logic "Whatever can be thought can be thought clearly; whatever can be written can be written clearly" ~Ludwig Wittgenstein pg 199 Use Rhetorical Devices & Tone "Write to others as you would have others write to you" Necessary Complexity Unintended Obscurity on purpose stylistic manipulation systematic change of subject idea of being "candid" choose subjects and verbs carefully For Example... Logic + Rhetorical Devices= Success pg 192 Two Main Responsibilities: lack of clarity and ability to understand an accident innocent ignorance The Golden Rule 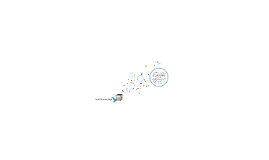 Transcript: Visual learners seem to do well with books, videos, and in one-on-one learning situations. They can be challenged in a traditional classroom where there are lots of distractions and talking. The downside is the lack of idea exchange and energy from fellow students. Using maps and organizers are good ways for visual learners to keep on track. Setting aside quiet time with a minimum of interruptions is crucial for success. The ability to recall what we've seen is our greatest learning asset. Bibliography "Index of Learning Styles." http://www.engr.ncsu.edu/learningstyles/ilsweb.html [accessed 9/21/2015]. "Learning Style Inventory." http://www.personal.psu.edu/bxb11/lsi/lsi.html [accessed 9/21/2015]. "Visual Learning Style: Definition & Characteristics." http;//study.com/academy/lesson/visual-learning-style-definition-characteristics.html [accessed 9/22/2015]. We use maps and charts to keep ourselves on track. Daniel Halpin COLL 100 Professor Jennifer Sanders VISUAL Visual Learning Style Keeping our eyes on the prize! Characteristic 1 Presentation Style Characteristic 2 Characteristic 3 We're not ignoring you, we just need quiet to concentrate. We're excellent readers, retaining much of the information we see. 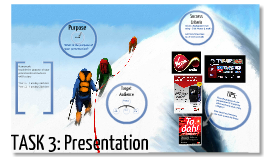