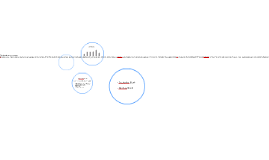 Transcript: Cultural comparaison One of the largest universal banks in the world Germany Deutsche Bank Deutsche Bank Nordea Bank The headquarters country Nordea as we know it today have been operating since December 2001. With its 11 million costumers, and approximately 1.400 branch offices in nine different home markets, Nordea is the largest financial services group in the Nordic and Baltic Sea region. Nordea is listed on the NASDAQ OMX Nordic Exhange in Stockholm, Helsinki and Copenhagen. Their headquarters are in Stockholm, Sweden. In more than 70 countries around the world Leader in its domestic market = Germany Excellent position in Europe. Well established in : -North America -Emerging markets (Asia) 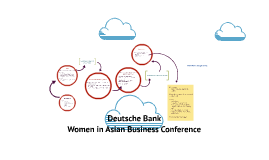 Transcript: Women in Business Conference Deutsche Bank Background: German roots International brand "We aspire to be the leading client-centric global universal bank" Diversity Accepting Motto-Passion to Perform DB sponsored the Women in Business Conference First in NY (1995) 50 conferences; Frankfurt, NY, London, Singapore and Sydney Attracts >5000 employees and clients per annum This was a tough one ): Preparing for a changing environment? DB's 3rd Annual Women in Asian Business Conference Trust in banks has DECLINED among general public DB's response: Banking must become more sustainable; economically, socially and environmentally Show sensitiveness to the interests of society Value clients, employees and communities and shareholders Interesting goal: 25% of Senior Management positions to be held by women by 2018 THE POWER OF AUTHENTICITY Topic: diversity + leadership in workplace *To advocate the importance of gender-balanced leadership at work BY INVITATION ONLY Key Message: Women have the power to be leaders DB wants more women to be aware and a part of it all! Visuals: Soft colours Artwork by Myoung Ho Lee Tree separated from background reflects uniqueness and "standing out" Deranged subject and image Represents women from different walks of life How to improve: Bolder copy! Deutsche Bank Women in Asian Business Conference And... DB wants to get more women to join them? Enjoy perks of useful, empowering conferences Subtle recruitment message Tie-in with goals of DB Maaaybeeeeee... So why ADVERTISE a by-invitation-only event? 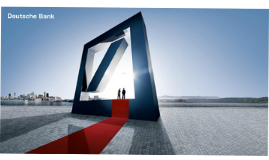 Transcript: According to Bloomberg, “[The German lender] has racked up more expenses for litigation and fines since the start of 2008 than any other financial firm.” IMF The penalty aims to settle allegations, dating back to 2005, about the way the bank selected mortgages, packaged them into bonds and sold on to investors. These bonds are known as residential mortgage-backed securities (RMBS) Brexit Objective: To transact banking business of all kinds, in particular to promote and facilitate trade relations between Germany, other European countries and overseas markets. PURAHOO Yuvaraj KHELAWON Neelesh NEERGHEEN Vanisha GRUROCHURN Chandresh • In 2008, the collapse of a single American bank, Lehman Brothers,can bring about a recession in many other parts of the world. A collapse of Deutsche Bank would, as in 2008, make banks reluctant to lend to each other IMF stated that , DB is Europe’s largest investment bank and has assets of more than half the German economy,may be the biggest contributor to systemic risk Systemic risk : risk of collapse of an entire financial system Mis-selling & Misprice of assets Future impacts on the Financial Market • This ‘contagion’ would be felt right across Europe and would soon result in less money being available to lend to households and businesses. Unemployment would go up Spillover from Deutsche Bank to globally systemically important banks Deutsche is the first European bank that appears to have started talks with the over RMBS. Barclays and the Swiss bank UBS are among others waiting for settlement talks to be concluded. Founded in Berlin in 1870 as a specialist bank for foreign trade. The largest bank in Germany. One of the most important financial institutions in the world. The Collapse of Deutsche Bank 2016 During the financial crisis, the mis-selling of mortgaged securities, the bank nearly drop to Thank you for your attention !! DB reported a negative revenue in Q4 2015 Although, it has been already struggling in terms of profitability RBMS : comprised of a pool of mortgage loans created by banks and other financial institutions Counterproposal : an alternative proposal made in response to a previous proposal that is regarded as unacceptable or unsatisfactory. Impacts on the financial market Conclusion Causes of the Collpase of Deutsche Bank : litigation : process of taking legal actions When it was actually making a loss of $12m Brexit decision affected DB strongly DB is the largest European bank in London Receives 19% of its revenues from UK European stocks were lower as soon as markets opened. Banks were the biggest losers and Deutsche Bank (DB) shares fell below 10 Euros for the first time in history. Deutsche Bank pay a $14 billion fine for mis-selling mortgage-backed securities (Mispriced assets) Possible Impact The market value of Germany lender has nearly 1/2 in 2016 10 of DB's 800 Hedge Fund client pulled out and affected the European banking sector 14% Caused the bank’s New York-listed stock to slide by 6.6% 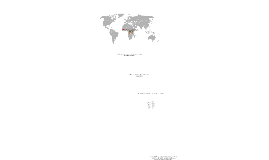 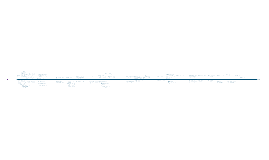 Transcript: 1850 1947: America announces a plan to decentralize the banking system in their zone and break down the three great banks into smaller pieces. French followed America’s lead with a similar plan in their zone. Britain did as well but delayed in doing so for about a year. 1960 – 1994: German GNP increases by a factor of 10. 1880s: German banks begin to form syndicates, groups of banks, to underwrite new security issues in order to minimize the risk. 1874: First industrial bond is issued by the steel firm of Friedrich Krupp. 1933: Two bank director’s resign due to Anti-Semetic pressures. 1938 – 1945: Nazi influence increases:New laws were created that restricted the bank accounts of all Jews. Withdrawals had to be approved by the state and when any individual left the country (willingly or by force) their assets must be turned over to the government.Aryanization of property.Strict-capital market controls were imposed which prohibited the flotation of most private securities. Involved in both short-term and long-term financing of its industrial customers, Deutsche Bank was able to develop close relationships with them.1897: Became the house bank for Siemens and Halske. Placed one of its own managing directors on their board. Siemens and Halske maintained their current account at Deutsche Bank and relied on the bank to place new debt and equity issues.Deutsche Bank controlled proxy voting rights of some of Germany’s most powerful companies and thus had influence over their development. 1960 – 1994: The bank’s total assets increase by a factor of 51 but staffing only increases by a factor of less than 4. This was due to changes in technology. Summer of 1931: German banking system breaks down entirely and DANAT-bank is forced to suspend payments.A bank holiday is declared from July 14 – August 5 to prevent a run on the banks. Currency controls are implemented on July 15. WWI: Increase in government demand for loans. January 18, 1871: Establishment of the new German Empire.1913: At this time sum of the assets of the entire German banking system was 50 billion marks. The privately owned banks totaled 20.4 billion marks, and the 8 great banks held assets of 7.8 billion marks total. 1957: Deutsche Bank reconstitutes itself into a single banking enterprise. 1913: At this time sum of the assets of the entire German banking system was 50 billion marks. The privately owned banks totaled 20.4 billion marks, and the 8 great banks held assets of 7.8 billion marks total. 1949 – 1950: German bank leaders push for recentralization of the German banking system. 1950s and 1960s: Wages and salaries rise rapidly. WWI: By the end of the war, Deutsche Bank was in a severely weakened position; most foreign assets had disappeared as had the bank’s business in commercial bills and stock market transactions. 1931: Berlin issues its reparations declaration.Real GNP begins to fall sharplyThe United States imposes high tariffs on imports. From 1928 – 1931 German exports decrease by 14% and fall another 31% from 1931 – 1932. 1929: Entered the savings deposits market and introduced savings certificates because they were low on funds. 1873 – 1876: Deutsche Bank takes over 5 failing banks to become the largest bank in Germany (based on assets). 1870: Deutsche Bank is founded to help finance a surge in German foreign trade. Founded as a joint-stock bank.Management structure consisted of two groups: The supervisory board and the board of managing directorsThe company’s core business was the current account which helped manage short-term deposits and short-term loans. 1980: Deutsche Bank had acquired 12 foreign branches by this year. Another 65 were acquired in the following decade. 1913: Deutsche Bank held assets totaling 2.2 billion marks. 1871 – 1874: Deutsche Bank opens branches in Bremen and Hamburg and expands to Shanghai, Yokohama, New York, Paris and London. The Shanghai and Yokohama branches close in 1874. 1879: Deutsche Bank participates in a new security issue for Friedrich Krupp. 1956: German government removes all restrictions on the scope of credit institutions. 1928: Because of both political unrest and Germany’s resistance to paying back reparations from the war, many foreign deposits were moving out of Germany. 1880s – 1890s: The bank begins to participate in syndicates to underwrite new security issuances. During the 1880s and 1890s they worked with some of the most prominent names in German business. 1918 – 1923: Germany experiences a period of hyperinflation caused by the government’s resistance to reparations burdens and their increasing the money supply in efforts to reduce unemployment. Prices skyrocket and the exchange rate collapses. 1933: Hitler establishes himself as dictator of Germany. 1918 – 1923: Deutsche Bank had to hire thousands of new employees to keep up with the period of hyperinflation. 1873: Many newly formed banks fail. 1850s – 1860s: German imports and exports surge 1938 – 1945: Nazi influence 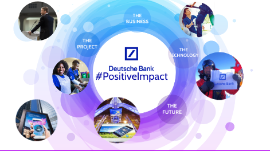 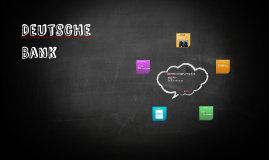 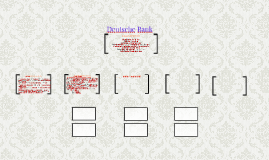