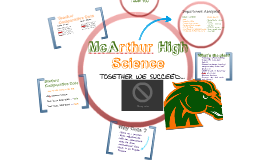 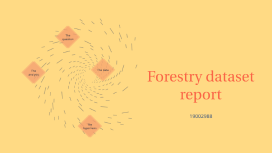 Transcript: Forestry dataset report 19002988 The hypothesis The analysis The question The question What is the association between the disease status of the trees and their species? What is the best linear model to predict the height of the tree? The data The data Species Norway Spruce Scots Pine Sitka Spruce Age Height Disease Detected Not detected Site Example 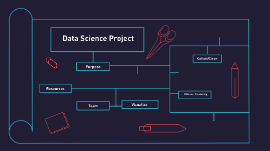 Transcript: Data Science Project Purpose Imagine you are asked to settle in a different city and you just don't have enough information about the city. What will you do, how will you choose the area that you want to live in? Description The problem statement revolves around a boy named Siddhartha. Siddhartha is a national level badminton player. Siddhartha got placed in Toronto, Canada but he's worried about his badminton career. He's not aware of the city and wants know the best area in the city so that he can also focus on his badminton as well. Let's see how our project helps him out! Objectives In order to solve the problem, we came up with our project, "The Battle of Neighbourhoods". The project divides the city in clusters on the basis of their longitude & latitude and ultimately helps you to find your ideal residential area! Collect and clean the data Analyze the data Visualize the data Collect/Clean Web Scraping using BeautifulSoup and getting coordinates using geopy Foursquare API to explore neighbourhoods Creating map and filtering data Data Collection & Cleaning The first step is to collect data and clean it. We use a technique called Web Scraping to get our data. After which we create the map of the city and filter the data. At the end, Foursquare API is used to explore neighbourhoods. KMeans Clustering KMeans clustering divides the data into K non-overlapping subsets or clusters without any cluster internal structure. It is an unsupervised algorithm. Distance of samples from each other is used to shape the clusters. There are two approaches to choose the centroids. Assign each customer to the closest center. Form a distance matrix. Iterative algorithm Not necessarily the best possible outcome. Visualize Vizualization Examining Clusters At the end, we need to visualize our findings in the best possible way. With the help of folium library, we create the map and then specify each cluster with a colour Finally, we examine each and every cluster one by one and by seeing the most common venue, we suggest the best residential area to the person. Team Manmohan SIngh Abhinav Ruhela Abhijeet Saxena We are a team of three members, and each one of us believes that learning data scince is the ultimate goal while the project is just a by-product! Resources IBM Cognitive Class IBM Cognitive Labs Towards Data Science In this project, we only consider one factor i.e. latitude and longitude of a specific area, there are other factors such as connectivity of the area and income of person that could influence the location decision of a finding a residence. However, to the best knowledge of this researcher such data are not available to the neighbourhood level required by this project. Future research could devise a methodology to estimate such data to be used in the clustering algorithm to determine the preferred locations for someone to settle in a specific city. In addition, this project made use of the free Sandbox Tier Account of Foursquare API that came 45 with limitations as to the number of API calls and results returned. Future research could make use of paid account to bypass these limitations and obtain more results. Foursquare What more can be done? 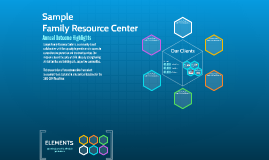 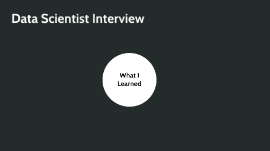 Transcript: Data Scientist Interview What I Learned The Basics Dr. Singh started out at The Fed Economic Research Data Cleaning Linear and Logistic Regression Went back to school and got her doctorate in data science Now works at google as a data scientist with the YouTube Comments team The Interview Interview Process 1. Screening Call with an HR Rep. to determine the best role for you (could be different than what you applied for) 2. Technical Interview to cover your general statistical and coding knowledge (there are 4 in total) 3. Behavioral interview to asses the parts of you that don't have to do with your technical ability 4. Then everything you've done so far goes through multiple committees to make sure everything's up to snuff 5. You then get to interview other hiring managers to figure out what team you want to work with Dr. Singh said the whole process took 8 week Day To Day Day to Day For Dr. Singh her job is unique in a way that her department is full of data scientists but they all work with different product segments She works primarily with the YouTube comments team where she works closely with the software engineers and product managers Her day to day mainly contains meetings with the software engineers and product managers of the YouTube comments team to determine what they need while the rest is spent coding She best describes it as being an internal consultant who does what ever they need done, small, medium, and large, when it comes to data science Languages and Technologies Commonly Used Technologies It mainly depends on what team shes working with SQL, R, Python with a little bit of C++ are all used. Data scientists don't need to know all of these but at least at google SQL is needed because its the primary way they interact their databases Its hard to get as much support for R because only 50 of the 3000 people working with YouTube are data scientists. Dr. Singh says she has a preference for R for data analysis but is trying to move towards python for the reason stated above. Knew most of the technologies going in (had to touch up on C++ and SQL) but Google has dedicated time every quarter for learning on the Job Favorite Project Favorite Project? One of her first projects The comments team had a metric they wanted to use but the data for it was extremely noisy Dr. Singh developed a method that improved the usable data by 300%. She was able to fully implement her work in a way that it was essentially plug and play for the comments team to use. It required no changes to their current codebase. The reason she enjoyed it so much was the fact that she got to use a bunch of different languages, learned a bunch of new stuff, and in the end got to wrap it up in a nice neat package that was actually useful. Current and Future Projects Recent Projects A survey after you watch a video that lets you pick between and rate 2 different comments as to which one is more relevant. Researching the correlation between Engagement signals and user satisfaction Currently working on how to detect brigaiding and notify the creator as its happening so they can disable comments and protect themselves. This involves determining what metrics are indicative of brigaiding (dislikes, mass comments, etc) Random Information Fun Facts and Random Information Her office has a slide in it to get down stairs Google hosts YTF (YouTube Fridays) where you can talk with coworkers outside of a work environment as well as talk with the YouTube CEO in a relatively relaxed environment. She also mentioned there is awesome live music. She's only had to work outside of work once and her boss was mad that it even happened at all. She said while its extremely uncommon for data science stuff to be deadline focused but it might be a little different for software engineers. "When getting your PHD you learn how to learn" Took a shotgun approach to applying for jobs (Chase Bank, Post Doc at Yale, Social Policy Think Tank, Lawrence Liver more National Lab, and many more) Advice for younger self "Stop trying to plan so much, just let go a bit, everything will be okay". 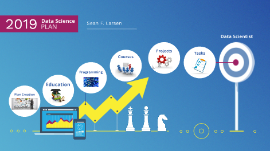 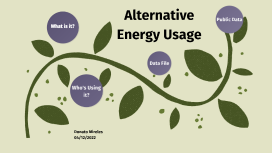 Transcript: What is it? Alternative Energy Usage Donato Mireles 04/12/2022 Alternative Energy Types What is it? Clean energy is non-carbohydrate energy that does not produce carbon dioxide when generated. It includes hydro-power and nuclear, geothermal, and solar power, among others. Who's using it? Who's Using it? Data Source https://data.worldbank.org/indicator/EG.USE.COMM.CL.ZS?cid=GPD_31 Data File Data File Investigate with google public data filter countries Public Data change visuals compare countries view data change in real-time over the course of time 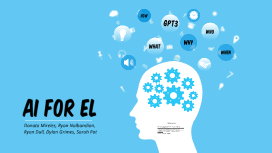 Transcript: WHY WHEn AI for EL References Donato Mireles, Ryan Nalbandian, Ryan Dull, Dylan Grimes, Sarah Pot https://www.researchgate.net/profile/Elizabeth-Hughes-8/publication/276443539_The_Language_of_Mathematics_The_Importance_of_Teaching_and_Learning_Mathematical_Vocabulary/links/56aba63b08ae43a39809ac8c/The-Language-of-Mathematics-The-Importance-of-Teaching-and-Learning-Mathematical-Vocabulary.pdf https://eric.ed.gov/?id=EJ1093265 El Students *many EL students struggle in math due to the language barrier. *in CA alone, there are just over 1 million EL learners in CA public schools WHAT What can be done to help? Solutions... AI Solutions AI innovations and programs such as GPT3 can translate/summarize, and simplify math vocabulary for EL breaking the language barrier. The more the program is used, the better the translating will become Because this driven by code and programming, it can be tailored to fit your needs Gpt3 AI in action https://beta.openai.com/playground Language Breakdown Who https://public.flourish.studio/visualisation/9371402/ Implications for Education As student encounter unfamiliar terms, they can ask GPT3 to explain these terms in real time or when reviewing. How does this information help teachers? How Having a tool that can translate, explain, and summarize complex and analytical mathematical concepts will help teachers with addressing conceptual understanding through language barriers.