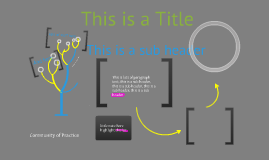 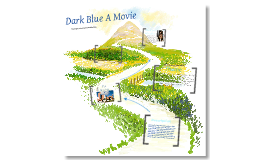 Transcript: Dark Blue A Movie Climax Father John Redmond Catholic High (FJRCH), which is located in Etobicoke, Ontario, was chosen to be the site. It was selected, because it has 4 gigantic floors and hallways big enough to fit Dark Blue’s large student body and also, like the high school in Dark Blue, the outside is exceptionally clean, with a pattern of brown and orange bricks. Moreover, to add to the effect of the perfect high school described in the novel Dark Blue, FJRCH does not have any graffiti on the outside and has large glass windows that surround the school that allows the sunshine to be streaming in all day. Kara Hendricks and Jordan Ferguson have been best friends since kindergarten. That is until Jordan started hanging out with a new "cool" crowd, and forgot about Kara. Devastated, Kara feels beyond betrayed and abandoned by everyone. But then, Kara has the chance to discover something about herself that she never knew before. Description Dark Blue, a novel written by Melody Carlson, revolves around the theme that happiness can be found in unexpected places. The 'unexpected happiness' theme can be seen within the relationship between Kara and Jordan. At first they are close, but then they drift apart, leading Jordan always to look out for her own interest and rarely Kara's. The Settting Shailene Woodley The climax for Dark Blue by: Melody Carson occurs near the end of the novel, and the climax is Kara Hendricks dream becomes true. Her ex-best friend asks to be friends again, but surprisingly Kara turns her down and tells her she does not need a best friend and she has Jesus as her friend. This part of the novel is the climax because, this is the part where the reader becomes most interested in reading the novel and it is the most unexpected, unbelievable, and, unimaginable part in the book. For example..... Theme Kara and Shailene have an enormous amount of similarities both physically and emotionally. Both are young, petite, female teenagers with hazel eyes and medium length brown hair, all encouraging them to have the "Plain Jane "look. Both of them additionally have a younger sibling, so Shailene would relate to having an annoying younger sibling while going through a tough time. Shailene had gone through hardships when she was younger, she had developed scoliosis in high school and had said "It's like wearing a tacky, disgusting, plastic corset for 18 hours a day" and that people treated different when she started wearing the hip to chest brace. The steps, information and details. 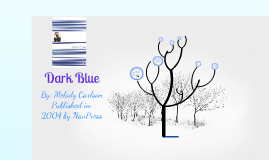 Transcript: Themes Learning how to develop your own thoughts based on others actions. Plot Summary By: Melody Carlson Published in: 2004 by NavPress Kara Hendricks - Very quiet and shy person, doesn't have too many friends. (ex) best friends with Jordan. Scared to confront Jordan on their friendship, so she tries to make other friends Didn't have anything about the story that really made you want to know more Slow start to the book. It was a very religious book, and it was a little much for my liking There is points where you just want to put the book down Not many good quotes that caught my eye I honestly was not a huge fan of this book at all Quote- Religious aspect Descriptive imagery The dialogue of the characters' was much like a typical high school girls. Could be relatable for many The story really made you feel bad for Kara, because of the mood it gave off in the beginning Thank You For Listening! Quote- Imagery Kara and Jordan were best friends since kindergarten. Once they got to tenth grade in High School, Jordan tries out for the cheer team and makes the team; along with new friends. Kara feels like she was left behind, so she decides to make new friends, through out the year. Jordan continuously tells her that they are still "best friends" but Kara doesnt believe. Jordan Ferguson - Outgoing and social; Cheerleader with lots of new friends. Kara's (ex) best friend. Critique - Good Main Characters "The other girls laugh. Except for Ashley Crow, although her expression is a hard-to-read mix of disgust and I think boredom. But I decide I don't care as I lead Amy out of the bathroom, which now smells like a bad mixture of puke and designer perfume. And frankly I'm not even sure which one smells worse." (Carlson 136) Growing up & learning to let go of some people that were once important to you. Critique - Bad Dark Blue 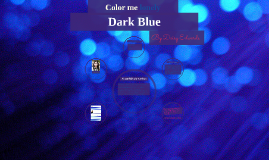 Transcript: By Daisy Edwards She was born March 2, 1956 , and she is 60 years old. Melody has a husband named Chris, two grown sons, and a granddaughter. She writes Teen style and Christian Promotion style. Although I do not recommend her books till you are in High School, I think girls in High School will love it! The books get a little 'off track' but they are good and christian. Kara Hendricks Jordan Ferguson Amy Edgar Shawna GOD * There are 11 books in the True-Colors series Dark Blue Color me lonely Main Characters Kara and Jordan have been best- friends since kindergarten. Kara has always been the opposite of Jordan. Jordan is very outgoing and spunky, and Kara is a shy girl with one friend, Jordan. Then Jordan, mistakenly, tried out for the cheer team. This causes their friendship to go haywire. Follow Kara on a journey of life, friendship, and faith.(oh and art) What's It About? Melody Carlson Find Melody's True- Colors series in your local High School library! About Melody Carlson 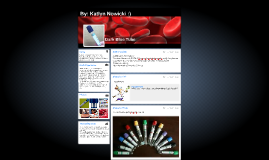 Transcript: What you know about the chemistry dept though? Shared a Photo Work Experience Dark Blue Stopper Tube. 'Royal Blue' My tube is chemically cleaned and the stoppers are formulated to contain the lowest possible levels of metal. Department Dark Blue Tube Test that are run using me includes: *trace elements (zinc, copper, lead, mercury)- these elements are usually low levels. *Toxicology- usually done in emergency situations. Evaluates accidental/intentional over dose or poisoning. Determines the presence of substances in the body for medical/legal purposes. *nutritional analysis- what dietary and life style changes that should be made. if the supplements you're taking are working. what diseases you have. how healthy you really are. Me and some pals clownin around. Photos like comment share like comment share Status Update Department * How it can trace metals at such low levels * 2 most common metals it's used for is copper and zinc. * It's totally opposite from the light blue tube. So never think when you're drawing a patient and you run out of dark blue you can go ahead and use a light blue. their totally opposite. Additives in me include: *Sodium Heparin & EDTA (Ethylenediaminetetraacetic acid)- for plasma to conform to a variety of testing requirements. Binds calcium. Prevents clotting. Tip: this must be inverted 8 times. By: Katlyn Nowicki :) like comment share Name Shared a Link Interesting facts 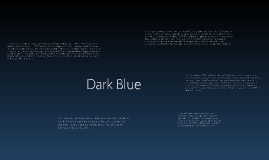 Transcript: Dark Blue Dark Blue is an action/drama television series which premiered on TNT on July 15, 2009, at 10 pm (9 pm central). It ended its run on September 15, 2010. The series is set in Los Angeles, California. It revolves around Carter Shaw, the leader of an undercover unit. He is an officer who has dedicated his life to take down the worst criminals in L.A. to the point that it has cost him his marriage. His team involves Ty Curtis, a newlywed who struggles between his job and his new life; Dean Bendis, an officer who is so deep in his undercover role that his team is never entirely sure what side he is on; and finally Jaimie Allen, a green patrol cop recruited into the undercover unit because of her dark past and criminal skills Carter Shaw (played by Dylan McDermott) is the head of a crack undercover team of LAPD officers who are so covert, many of their own colleagues do not even know they are involved. His team includes a recently married cop (played by Omari Hardwick from TNT’s Saved) who struggles with personal relationships he has developed while undercover; a shoot-from-the-hip officer (played by Logan Marshall-Green) whose activities make fellow team members wonder if he has gone over to the other side; and a callow patrolwoman (played by Nicki Aycox) brought in because of her excellent skill in lying and her shady past. Dark Blue moved to TNT from Warner Horizon Television, with prolific producer Jerry Bruckheimer who produced CSI and its spin-offs, as well as Cold Case and Without A Trace; Jonathan Littman, Danny Cannon, and Doug Jung serving as executive producers. KristieAnne Reed is co-executive producer. Cannon directed the pilot episode, which attracted 3.5 million viewers. The season finale was watched by 1.61 million viewers, a series low. The first season average was 2.589 million viewers. It was cancelled by TNT on November 16, 2010. Dark Blue does not have, and has never had, a website. Not even a fansite. This highlights the cult status of the series, and the fact that it was short of any huge monetary backing, unlike other American crime drama series. Dark Blue follows conventions of other Jerry Brukheimer productions; high levels of unnatural light and artificial shadow. It breaks away from his other creations, such as CSI, by keeping the narrative of the characters and their development outside of each episode equal to the episode plot-line. 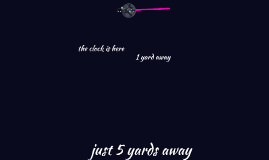 Transcript: 1 yard away just 5 yards away the clock is here here it is the giant clock light blue dark blue this is 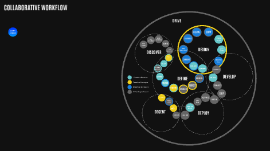