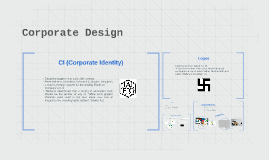 Transcript: Leslie Smolan http://www.carbonesmolan.com/work/winston Importance of a Logo to the CI. "Logos have value when associated with good companies & are valueless when attached with bad ones."(Heller& Fernandes 42) Client: Berg & Berg By:HeyDays http://www.septemberindustry.co.uk/heydays/ Client: Give something back Design: Gee+ Chung Design 1/02 portfolio In-house hiring levels. "While a CI designer must not be void of imagination or intuition, knows the procedures, rules and standards of the profession is a prime requisite."(Heller & Fernandez 44) Logos In-house Design External Design Firms Corporate Design Career Departments Discipline began in the early 20th century Peter Behrens ( Architect, Industrial & Graphic Designer) Created a Design system for the leading Electrical Company A.E.G "Behrens determined that a strong & consistent mark should be the anchor of any CI, While such graphic identities were used in the past never was one so integral to the overall graphic system." (Heller 42) Jordon Mazziotti (http://www.behance.net/Gallery/StationeryDesign/222841) Examples of work in this study Portfolio CI (Corporate Identity) 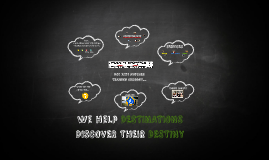 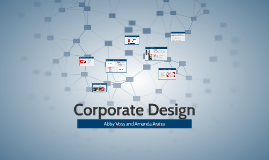 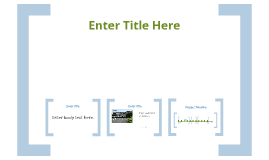 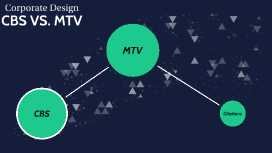 Transcript: Corporate Design CBS VS. MTV CBS Created in 1950's the CBS logo has not changed much in its 70 year lifespan. Designed by Bill Golden the eye seems one note and very to the point. The designers in the reading were said to have creative freedom but the logo seems totally controlled. Though it is iconic and when the audience sees it they know who they are watching. The design does not seem like it has the creative freedom. On CBSnews a March 14, 2011 issue of TIME magazine's story about the evolving logos of many corporations through the decades, stated "...as in the case of CBS, sometimes the companies get it right the first time." MTV Created in the 1980's you can see from the beginning that MTV had the creative freedom and artistic interpretation to do what they wanted with their logo. The design seems to change with the current pop culture TV and Music. The logo sticks with the standard M-T-V but its designers are able to morph it in whatever ways they please. Citations logomyway. (n.d.). The History of MTV and Their Logo https://blog.logomyway.com/the-history-of-mtv-and-their-logo/. CBS News. (2011, October 18). The Evolution of the CBS eye. https://www.cbsnews.com/pictures/the-evolution-of-the-cbs-eye/9/. Logopedia. (n.d.). MTV/Logo Variations. https://logos.fandom.com/wiki/MTV/Logo_Variations. Citations 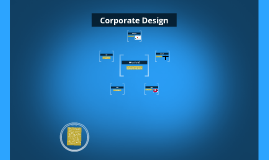 Transcript: Logos are one of the biggest pieces in corporate design. Logos create an identity for the corporation. Example Pay Sources Logos Transylvanian potters Religions Kings Corporate Design Jobs Brown, Jared & A. Miller, (1998). What Logos Do and How They Do It. pp. 6-7. Van den Bosch, A.L.M., (2005). Corporate Visual Identity Management: current practices, impact and assessment. Doctoral dissertation, University of Twente, Enschede, The Netherlands. Van den Bosch, A.L.M., De Jong, M.D.T., & Elving, W.J.L., (2005). How corporate visual identity supports reputation. Corporate Communications: An International Journal, 10 (2), pp. 108–116 Corporate Design is the design of a corporate logo. Another version of corporate design is how the documents are set up. History There is no set price on how much you make for doing this job, but common sense tells you that the bigger the company the more you can make. Coca-Cola Logo There are not actual titles that relate to the job, but most people who do corporate design are Graphic Designer. What is it? Here is a visual of a designed document. 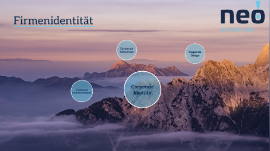 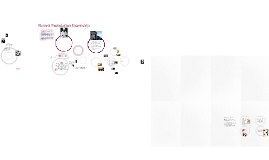 Transcript: LONDON UNDERGROUND: iconography that is part of British identity transcending class and social position THE LARKIN COMPANY Developed a model of distribution and access to goods that was adopted by many companies and only surpassed with the advent of the online marketplace. Coca Cola: Embodies American family values and the vitality of youth culture. Universal message makes brand recognizable globally. Why does corporate design matter? Coca Cola Because of the incredible legacy of passion and devotion to art and design that Frank Pick brought to the London Underground, the visual identity for this entity has, since its earliest years, encompassed not only the signs, icons, and posters of the enterprise, but also every aspect of its stations and trains. With a deep intentional commitment to the modern, post modern and emerging contemporary aesthetics, the London Underground is one of the most recognizable and emulated visual identities throughout GB, Europe, and beyond. Barrett House Shelter Today The Larkin Company A corporation's visual identity is more than just a logo or a single graphic element. The visual identity often addresses a full range of visual collateral in order to more thoroughly bring a cohesiveness to all visual rhetoric that supports the corporate brand. Brother Mathias Barrett, a legendary friend of the homeless, founded Barrett House in a small residence on 13th Street and Mountain in Albuquerque. The house served an average of 15 to 20 women and children per day. Today the Barrett House Shelter serves more than 300 homeless women and children each year, providing an average of 22,000 meals, 7,000 bed nights, and over 1,000 hours of case management a year. 3 housing programs provide transitional housing and case management for 18 families. Bridges provides affordable housing opportunities for 12 families and our Rapid Rehousing program provides permanent housing for 12 families Robinson used the distinctive Spencerian script. Flowing text match the other streamlined contours found in the rest of Coca Cola's branding. Created a shape that would be recognizable even in the dark, Dean was inspired by the naturalistic forms found in coca leaves. Set standards for future iterations of corporate design. Thank You! London Underground Frank Pick Frank Pick & Edward Johnston for the London Underground J.D. Larkin & Elbert Hubbard for the Larkin Soap Company Good or bad, when a large corporation has a powerful visual identity, cultural impact is inevitable. Hubbard "Coke drinkers must experience emotional upliftment with every sip of their drink" - Brad Clemes, Marketing Manager Coca Cola wants to be a part of your most memorable and positive experiences. Hershey Chocolate Company Edward Johnston Chanel's visual identity is entirely focused on luxury and encompasses every aspect of its enterprise from its more accessible mid-high range product line of fragrances and accessories, to its couture house and high end jewelry lines. The CC logo of Chanel, as well as the corporate name, itself is a clear presence in its visual identity. As one of the longest running houses of fashion design, Chanel has gone to great efforts to assure the integrity of its visual identity throughout its development and periods of growth. One of the most important aspects of the visual identity of Hershey is its universal accessibility. Hershey's product line has grown immensely over the years. The Hershey visual identity has transcended its products to encompass many additional items similar in diversity, if not scale as the Disney Corporation. THE HERSHEY COMPANY: an intrinsic part of American culture and visual rhetoric across generations The Corporate Visual Identity 1908: Frank Pick placed in charge of publicity: created space for Tube posters and maps and pushed advertisers’ posters into spaces inside stations and on platforms - placing poster design in a privileged position 1916 Pick commissioned Johnston to create an exclusive, patented typeface. Pick's guidelines were a bold but simple and distinctive lettering using historical typography as a model but indisputably 20th century design considered the first modern sans serif face, leading the rest of the 20th century modern and post-modern design. Corporate visual identities can transcend the immediate goal of mass brand recognition to not only participate in, but also significantly influence the aesthetic identity of the societies in which they operate. Larkin J.D. Larkin Founded the company in 1875 Elbert Hubbard Initiated the use of gift giving along with purchased products, placing color images into mail-orders. created the “Combination Box” these contributions helped move Larkin into a powerful market position FRED HARVEY COMPANY: Historically significant architecture that is still enjoyed in the Southwestern US today. Brought awareness of Native Americans and their arts to the American public. THE CHANEL SUIT: an enduring symbol of luxury and privilege Barrett