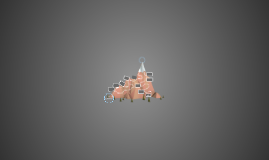 Transcript: Physical Demands Two Things that I dislike - Ability to work with difficult people - Organize Budget Work Values Specialty Careers - Bachelor's Degree education - $85,630 annual income - 5% outlook Contractor Things That They Do Is This Good Career For Me My Top Two Values - I have to work in the elements - Some people you build for are hard to work with Insider Information - I get to create and work off of my own schedule - I get to do both mental and physical work Aptitudes How Math, Communication, and Decision Making will be used - Working conditions - Achievment - Assigning duties to employees - Coordinating work activities - Giving advice on building plans and objects - Managing and directing people and programs Two Things About This Career I Like Transferable Skills Basic Skills - You will have to prepare for a lot of saftey in spector so be aware of that -Ability to read blueprints My Top Two Interest Areas Iterest Areas for This Career Do My Interest Areas Match? Do My Values Match? - Math will be used when measuring the wood and gettin the dimensins of a room - You will have to communicate with your employees and and your clients - You will have to do a lot of budjeting - Upper body strength - Endurance -Yes, they're exactly the same Work Conditions THE END - Critical Thinking - Speaking - Active LIstening - Monitoring - Construct/repair framework - Poor concrete - Roof houses - Install cabinets, siding and drywall Workplace Skills - Very little, it's a very local career - Must work 40 hours a week - Must deal with delays Hours and Travel - Doer - Persuader General Information - Yes, I want to take over the family business and I have past expierience - Yes My values match perfectly - Working Conditions - Achievment - Doer - Persuader - Masonry Workers - Insulation Worker - Flooring Installers - Carpenter 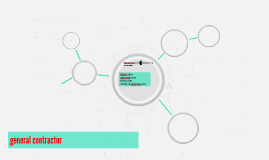 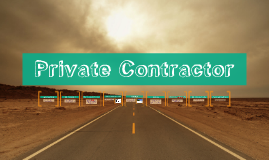 Transcript: Education and expirience site Hours per week site Job Descripton Starting Salary http://www.payscale.com/research/US/Job=General_Contractor/Hourly_Rate http://study.com/articles/Construction_Educational_Requirements_to_Be_a_Contractor.html https://zenpayroll.com/blog/employees- An independent contractor usually works 40 hours per week. A person who owns their own construction or remodeling company. They remodel or build homes. https://zenpayroll.com/blog/employees- http://www.payscale.com/research/US/Job=General_Contractor/Hourly_Rate Starting salary site The starting hourly salary of a contractor is $13.00 per hour.the starting monthly salary is $2,327. The yearly salary is $27,925. High school and expirience can be limited. But, you must have a bachelors degree in construction management or another relevant field. For experience a contractor could have worked on a construction sight. Private Contractor Education and Experience Sources Vacation A contractor has a very busy schedule. The average amount of vacation time a contractor has is around 1-2 weeks. http://study.com/articles/Construction_Educational_Requirements_to_Be_a_Contractor.html Hours of work per week 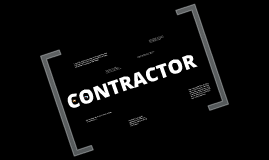 Transcript: A contractor puts windows in your house, remodels houses, puts siding on houses, and does most stuff with houses. I chose this carreer because my dad and my grandpa have both been contractors and they have never had problems with money or providing for their famlies. The test listed this as one of the top carreers I would like to do. One of the people that does this is my dad he likes his job. I think the reason he is doing what he's doing is because he started working with his dad when he was 11, and he's been doing it ever since. In ten years I see myself getting my own contractors license, and trying to start my own business. In thirty years I see myself starting a family, and owning a good business. Hopefully making good money also I would want to have a nice house. An be able to have some stuff that I want. In fourty years i see myself mainly working on snowmobiles, and getting out of being a contractor. THE END CONTRACTOR 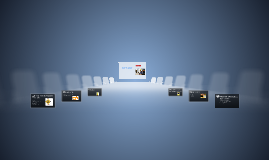 Transcript: My Best Skills My cluster is the Mechanical/Engineering/Architecture What I want My Life to be like in 20 Years I am interested about how things are put together I enjoy working hard I have a need to get things done Gabe Specht My Cluster A contractor is a person who is advised by an architect, and is the person who executes the blueprints given to them. Median Salary have a house out in the country Have a permanent job with steady income Have a high school diploma Have a college diploma Contractor Description of the Job In Minnesota $47,00 In the U.S.A. $53,000 Things That Are Important in a Job Mon-Fri Hours don't matter very much I'm my own boss Good Income Not a very far commute 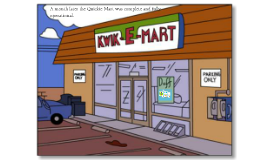 Transcript: The Quickie Mart While living near the suburbs of Arizona, Pedro decided that he could build another of the famous Quickie Marts twenty-two miles away from the city of Phoenix. He has had luck with the previous two Quickie Marts since everybody liked the design and how everything was well done, but this one is going to be a bit different since its out of the city limits and close to almost anything. Pedro also wants to sell diesel and gasoline, as well as food, drinks, and miscellaneous merchandise for the truckers or people going on vacations. Physical Pedro is concerned of the weather and the climate of the region. The place he wants to build the Quickie Mart is a real desertous place, and if something happens, help is twenty-two miles away so he has to plan everything out well. He has to buy a nice and cold air conditioner so that him or his employees can survive the terrible heat. He also needs to know where to store the frozen food and all the merchandise so that it wont get stolen or go bad. He decides to make a basement to store all the goodies. Everything is ready and the building needs to be done. He posts an advertisement on the newspaper's employment opportunities and decides to leave it there for a week to see if someone is interested in the job. After the advertisement has been posted Pedro starts to get disappointed since nobody has called him during the passed three days. At the fourth day he gets a call. Unfortunately its the one who sold the land to Pedro and tells him the building needs to be getting started. Or if not he will take the land away. At the end of the day he gets calls regarding the posting and he is happy to know people are interested and that he will be complete to start the building. After several calls he agrees he would pay the new workers 10 dollars per hour since he pays his regular crew 12 per hour. Then he decides to compensate the new workers with extra hours so that they can earn almost the same amount of money as his regular crew and so that they can feel motivated and would want to keep working. When the new crew arrived they all felt good with their wages and the extra hours they could make. They thought it was good since they were almost getting paid the same money as the other workers. On the other hand when the regular workers knew about the wages of the new employees they got disappointed since they've been working for Pedro longer and the new crew is getting paid almost the same. Some of his regular crew were even thinking of quitting the job with Pedro and finding another one where they would get paid more for what they did. What the workers didn't know was that they were only working during the week and the new crew would also work on week ends. One of the regular workers made a good point. He didn't get disappointed because of the new wages. He was happy because regular workers were not going to work on weekends and the new crew were. When the rest of the crew started to make plans and suggest things they could do on the week ends everything changed. All the tention created because of the wages and of the extra hours worked by the new crew was over. The work began. Everything was going great and there wasn't any problems, but Pedro had changed a bit. In previous contracts he would talk to his regular employees about their family since he knew all of them for cookouts they would make. Now he would only talk about work and things they would do during the week. Regular workers asked him what was going on but he wouldn't answer them when the new crew was around. Pedro then talked to his regular crew alone so that they would understand that if they would talk about family issues the new crew would feel left out since they don't know any of them. One of the crew members suggests to make a cookout so that everybody could get together and know each other, and Pedro agreed. Once in the cookout the issue was addressed, everybody worked comfortably and without any problems of leaving someone left out. Pedro as a contractor calls his regular crew to come and build the new Quickie Mart but realizes he is short hand and will need to hire thirty workers more. A month later the Quickie Mart was complete and fully operational. 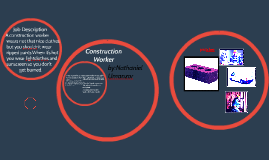