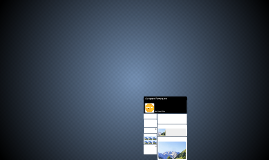 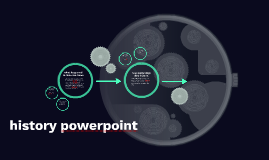 Transcript: 9 building fell out and they were all hotels that people seplt in. what happened in historian times 9 chickens died and they were about to lay eggs. how many animals died how many people died from it. how many kings died from it. king Edward was the head of the world when somethink happened and it was not plesent it the nuclear of doom and it went boom and it destroyed all the city and half of the presentage of the world population got killed :( when was the time the bomb blow up 500,000 people died from it and 25% of it was a plane crash that crashed into the twin towers. 3 kings died from it and those 3 kings were head of three diffirent counties so those counties are going to not have a straight life line. history powerpoint how many building fell down it was in 1946 when the bomb blow up and it was very sad indead but thats how the world works. 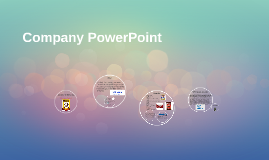 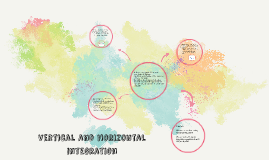 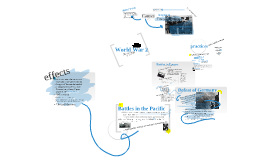 Transcript: World War 2 the review the basics 1939 - 1945 Allies vs. Axis Axis powers had aggresive conflicts with the world but Britain and France tried to ignore the conflict to avoid another world war long term Treaty of Versailles Woodrow Wilson (America): was lenient on Germany because did not want to make Germany resentful after WW1. His main points believed in no secret treaties (broken by Stalin and Hitler) and to reduce arms (broken by Hitler), Lloyd George (Britain):should put a barrier on Germany to stop spread of communism, did not want to treat Germany leniently. Clemenceau (France): Germany should suffer, never start another war again. Germany was upset anyways. fear of communism bolshevik revolution Russian Revolution Bolshevik Revolution took control of Russia wanted to overthrow all capitalist countries short term rise of extremist parties Hitler's invasion of Poland Nazi-Soviet Non Aggression Pact Japanese Imperialism - rise of Nazism in Germany - overthrow of Weimar republic - nationalism of Nazism and anti-semitism lebensraum practices technological advances Submarines - ulimate naval weapon, could hit ships - damaged ships carrying goods could cause delay and prevention of war materials, food, necessities - German used the U-boat - Britain ruled the seas - had navy power. Tanks - lighter, yet could carry heavier guns Airplanes Battle of Britain - air warfare Britain - RAF (Royal Air Force) Germany - Luftwaffe Battle of Britain - first time that Blitzkrieg failed the Germans RAF used the Spitfire and the Hurricane - fast Luftwaffe used Messerschmitt - could fly higher No decisive victory Atomic Bombs When USA was involved in war and after Germany was defeated, used 2 atomic bombs on Japan to end the war in the Pacific Mass extermination, example of total war tactics and strategies blitzkreig "lightning war" used by Japanese as well as Germans aerial and island hopping for USA to reach Japan, create stations for atomic bomb genocide not exactly a "strategy" but was a practice done by the Nazis on the Jews scorched earth used by Soviets to defend against the Nazi invasion - would burn down their cities, towns, crops, kill animals so that Germans would have no resources bombing strategic bombing - bombing and invasion of important points (ex. Nazi invasion of Russia, Leningrad) mass bombing - hurts the morale of country, bombing of heavy populated areas, urban areas (ex. Japan, Battle of Britain) code breaking Britains broke Germany's enigma during Battle of Britain US broke the Japanese code Battles in Europe Operation Barbossa Nazi Germany's invasion on the Soviet Union Hitler wanted to ruin the Soviet economy - invaded major industrial sites (Leningrad) Hitler wanted to take on Moscow, but weather got in the way and jammed the tanks Germans could not keep fighting the Soviets in the bad weather, and thus Soviets were able to push back Germans Battle of Stalingrad attacked because of lebensraum, be inferior force turning point in war, defeating the Germans hugging tactics in the city rubble Germans struggled to capture the city due to resistance of the civillians Germany's first major loss, 'could not survive war of attrition' Russia joined Allied side Two-front war on Germany D-Day in Normandy Operation Overlord Allies invade Europe America, Britain, Canada was the starting point for defeat of Germany Battle of the Atlantic German U boats vs. Britain merchant machines Germany wanted to put pressure on Britain's economy - raw materials, food, resources Allies victory by convoy system to protect goods and engima Defeat of Germany Hitler didn't strategize enough to where he should put his resourcs (sent some to North Africa instead of front in Soviet Union) Germany was pressured by the organized Allies had fast, successful start (Blitzkrieg) but after Battle of Britain then defeat in Soviet Union, were weakend. Allied forces invaded Berlin Battle of Berlin (Germany's last WW2 battle) Hitler knew it was the end, suicide. Germany without leader, weak. Battles in the Pacific USA entered the war because they were attacked by Japan, Pearl Harbour Japan attacked because they wanted to take over the Pacific, and knew that USA would interfere with Japan's conquest, thus must eliminate US threat Japanese won this battle: US battleships and aircrafts destroyed, US could not take off or defend. Coral Sea - resulted in loss of more American ships, but Japan lost more aircraft Battle of Midway - turning point for WW2 in the Pacific was a plan by Japanese to remove remaining US aircraft, but US knew about this plan thanks to breaking Japanese code. Atomic bombs dropped on Japan by US ended the war effects took the lives of more people than any other war in history League of Nations disbanded changed status of the Great Powers (only Soviet Union and US left) idealogical problems led to the Cold War, bipolar world NATO created Britain, France, Belgium, Netherlands, Luxemburg, USA, Canada, portugal, Ireland, Denmark, 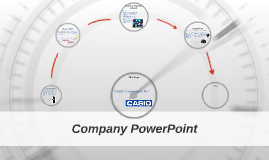 Transcript: Brands & Products offered: Title Page: Why this Company: Competition These other companies have some same products CASIO produces. So I say we have a lot of competition with these companies to see who is the best of the best. CASIO is on top because of its other extraordinary products they produce. Highlights This company interests me in everything they do. From the bizarre watches they create to all the other different stuff they industrialize. So I thought it would be pretty cool to make a presentation about them. Founded: April 1946, Tokyo, Japan Casio's corporate creed is "creativity and contribution." It expresses the company's commitment to contributing to society by offering the kind of original, useful products that only Casio can. President & CEO: Kazuo Kashio Founder: Tadao Kashio Watches Digital Pianos & Keyboards Calculators & Dictionaries Projectors Cash Registers & POS Label & Disk Title Printers Digital Cameras Industrial Devices Mobile Devices Seiko, Citizen Holdings, Fossil, Canon About CASIO: "CASIO. Technology for life." Company PowerPoint