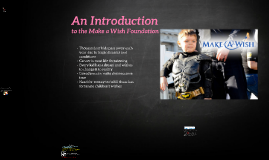 Transcript: To register for "walk for wishes" go to: www.inter.org/faf/home/default.asp?ievent=1127319 or scan this QR code According to Make-A-Wish, 89% of doctors said that wish kids can experience better their health (makeawish.com) In the 2013 year, Make-A-Wish granted around 220,000 wishes and each wish costs around $8,141 There is more to the Make-A-Wish Organization than just sending dying kids to Disney World Kids can wish to go, to be, to meet, to have, and to give Donating to Make-A-Wish will allow more kids’ wishes to be granted, and their lives improved Chris, The First Wish Thousands of kids pass away each year due to tragic diseases and conditions Cancer is most life threatening Every kid has a dream and wishes to change it to reality Donations can make dreams come true Need for money to fulfill these less fortunate children's wishes (QR code made at: http://www.qr-code-generator.com/?PID=100&gclid=COKutcHq4sQCFQetaQodikMA6g) An Introduction Make-a-wish grants a wish, on average, once every 38 minutes. A child is referred to the program about once every 28 minutes. The foundation cannot keep up with the amount of wishes it receives. Therefore, more donations would allow for more wishes to be granted, and perhaps everyone's will be if enough donations are received. This is Chris Greicius, a little boy with Leukemia His wish was to "catch bad guys" with the Arizona Department of Public Safety On April 29, 1980, he was given a tour along with a hat and uniform The officers set up cones for him to drive a battery-powered motorcycle through, in order for him to earn his motorcycle officer's wings Chris returned to the hospital when the officers went to present his wings He passed away on May 3rd with his wish fulfilled To donate go to wish.org Alexander Looks Back On His Wish TO find out more about volunteering go to michigan.wish.org to the Make a Wish Foundation A wish come true helps children feel stronger, more energetic, more willing and able to battle their life-threatening medical conditions. For many, the wish marks a turning point in the fight against their illnesses. Doctors, nurses and other health professionals say, the wish experience works in concert with medicine to make their patients feel better emotionally and even physically. That is why wishes matter. That is why we grant wishes. (Make a- Wish) Conclusion When Alexander was 9, he was diagnosed with acute lymphoblastic leukhemia. As soon as she found out about his diagnosis, his mother sought out the Make-A-Wish Foundation to have Alexander's wish, to go bug hunting, granted. That same year, Make-A-Wish sent Alexander and his entire family to the Panama Canals in order to grant his wish. While he was there he saw all new plants and animals, held an iguana and even had a bee named after him. His mother even went on to say recently "It remains the greatest trip our family has ever taken." Now 21, Alexander said there's not a day that goes by that he doesn't think about his wish that was granted. He talks about how much of an impact the wish made and how he owes Make-A-Wish for giving him the joy to continue his fight that he eventually beat against leukemia. He's now a student at Center Washington University studying Environmental Sciences. There is not enough money going into the organization to fulfill all of the kids wishes 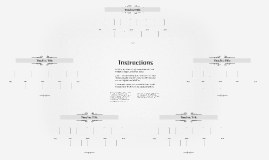 Transcript: 2005 1990 2005 Want to make your own timeline? Here are some timeline examples in Prezi to give you more inspiration: http://oregonstate.edu/tac/how-to-use/prezi/learning-methods-for-prezi 1995 2000 Timeline Title 2. Choose which timeline to use and delete the other timelines by selecting the frame around the timeline and pressing your delete button. Timeline Title 1990 1995 3. Insert your content into the timeline. You can add more points on the timeline by copy/pasting items 2000 Timeline Title 2010 Timeline Title 2010 2010 2005 2010 2000 1990 1. Click on the 'Save a Copy' button below the Prezi window and open up the Prezi Editor. 2000 2010 Timeline Title 1995 OR email us at Prezi@oregonstate.edu Instructions 2005 2000 If you need help with this template or want to need to learn how to use Prezi better, Technology Across the Curriculum at Oregon State University provides support for Prezi and can answer your questions: http://oregonstate.edu/tac/how-to-use/prezi 1995 1995 1990 2005 1990 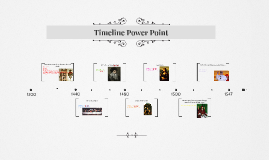 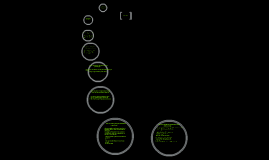 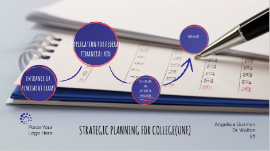 Transcript: STRATEGIC PLANNING FOR COLLEGE(UNF) Place Your Logo Here Angelisia Guzman Dr. Walton 5b entrance or placement exams UNF requires an ALEKS Placement, Preparation, and Learning (ALEKS PPL) Assessment to determine readiness for College Algebra and higher level math courses. It is important to take this placement process seriously, as students will only be able to take the level of math the test score supports. All entering first-year students who do not have credit for College Algebra or higher and are pursuing a major that requires College Algebra or higher, must take the math placement test entrance or placement exams placement exam What went well The ALEKS math placement test is available to all first time in college students admitted to UNF who are signed up for New Student Orientation. Students must take the ALEKS test online before registering for any Algebra-based math courses. New first time in college students should take the ALEKS test before their scheduled orientation date so they are able to register for a math course while on campus for Orientation. The ALEKS math placement test is available through Canvas, which you can access through myWings. When in Canvas, select "All Courses", then "2019/2020 Freshman and Transfer Math Placement". Once in Canvas, please review the appropriate content and proceed with the exam when ready. other courses What didn’t go well To help you determine your first writing course at UNF, you should take the Writing Placement online through Canvas before attending your orientation. The UNF Writing Placement consist of 2 sections: (1) you'll watch a short video and then write a brief essay response and then (2) complete a short multiple-choice quiz on your writing and writing history. The quiz questions in Part 2 are in part based on your experience in Part 1, so where possible you should take both parts in one sitting. However, that is not a requirement. Once you've completed the placement in Canvas, your answers will generate a course recommendation. That information is what you'll want to bring with you to your orientation advising. Opportunities UNF provides a comprehensive student financial aid program. Aid eligibility is based on individual need, educational costs and availability of funds. Awards may consist of scholarships, loans, grants, waivers/exemptions and/or work study. Funds are limited; therefore, students are encouraged to complete a Free Application for Federal Student Aid (FAFSA), found at www.fafsa.ed.gov, as soon as possible after it becomes available online on October 1 each year using UNF's FAFSA school code- 009841. The priority consideration date for financial aid is October 15. application for federal financial aid Opportunity 1 Opportunity 1 Inquiries concerning financial aid should be directed to One-Stop Student Services. Please be advised that: If selected for verification, students may be required to provide signed copies of relevant income tax information. Dependent students may also be asked to provide signed copies of parent tax information. Independent, married students may be asked to provide signed copies of spouse tax information. Other information may also be requested to meet federal verification regulation requirements. Student-specific information about financial aid requirements can be found in myWings. To be awarded financial aid, a student must be accepted as degree-seeking and be enrolled in a sufficient number of degree-applicable credit hours. Courses taken in an audit status are not eligible for financial aid, nor can they be considered when determining enrollment for financial aid. For financial aid purposes, full-time enrollment is defined as a minimum of 12 credit hours per semester for undergraduate and post baccalaureate students and a minimum of 9 credit hours per semester for graduate students. Students who enroll less than full-time may have their awards reduced or, in some cases, canceled. Please be advised that certain scholarships and institutional grants require enrollment in 15 credit hours for eligibility. Opportunity 2 factors to think about when choosing your college Here are some of the top factors to consider when choosing a college. -Academic Majors Available. -Affordable Cost of Attendance. -Location, Location, Location. On-Campus Facilities & Amenities. -Student Activities. -Career Services. -Do You Feel at Home on Campus? Goals The University of North Florida offers scholarships for freshman and transfer students at the undergraduate level. UNF is committed to helping students finance their college education. Whether you are seeking a scholarship based on academic achievements or financial need, we offer plenty of options. Read through our advice below or click a link to the left for quick scholarship listings. scholarships and application procedures GOAL 1 Goal 1 High school seniors If you are a high school senior, you should apply for scholarships at the same time as you apply for admission. For GOAL 2 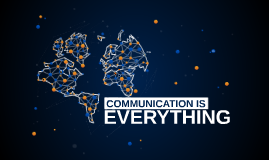 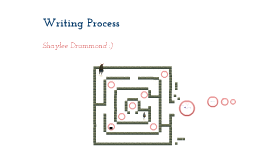 Transcript: Concise Make sure your paper has a purpose. Plan for the audience, and how you are going to reach them. :) Organizing! THE END! :) Shaylee Drummond :) Make sure everything is organized! No one likes to clean a messy room..just like no one likes to read a confusing paper. Complete Don't use false information. Check your sources. Don't be lazy, make sure things are true and correct! Make sure you have all the correct facts and sources. Don't believe everything you see or hear. Example of this? Don't give partial thoughts. If you're going to say something...say all of it! Don't just leave the rest a mystery. The purpose is your reason for what you're telling the audience. Writing Process Purpose Correct Audience & Voice Always keep the other person's feelings and interests in mind. :) Use kind language. Be respectful and polite! Outline! Clear Planning! Get to the point and be done with it! No one wants to listen to you carry on about pointless stuff. Don't waste your time making it sound too pretty. Must be easily read and understood. Be direct and to the point! No one wants to hear you carry on about pointless stuff. Be specific. It is important to make sure you have age appropraite concepts. You can't teach a first grader Physics. You need to make sure what you are trying to tell them is interesting, and is something they will understand. :) The voice is how you are talking to them. Are you commanding them, congratulating them, etc. Courteous Make sure your paper has a title, introduction, topic, and conclusion. If you need to, make a checklist to make sure you have each of these things in your paper. :)