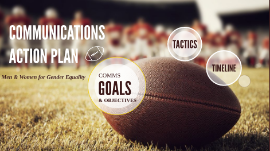 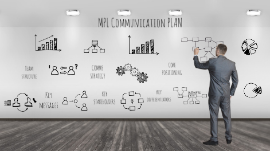 Transcript: MPL Communication PLAN CORE POSITIONING MPL in one-line India's biggest mobile gaming platform that rewards real gamers with real money key differentiators What differentiates MPL from everything else and makes it India's fastest growing gaming platform? 1 1) Power of the platform MPL is not just a gaming enterprise, it is a platform where gamers from all over India can compete and win in games built by game developers all around the world. This helps gamers compete on a wide range of games and game developers to present their games to a far wider audience. The platform model provides MPL tremendous scale as a marketplace and a huge room for growth which is unfathomable on a single offering ecosystem. 2 2) Skin in the game Gaming in MPL is no child's play. Gamers put real money on the line to win big rewards - this ensures that gamers make enough effort to improve their skill in the games in which they compete on MPL. This also translates into a very high degree of engagement of users with these games which creates a force multiplier effect on the games that are part of the MPL platform. The skilled ones get rewarded handsomely for their effort and persistence, while the ones who don't make it, work harder to improve their skill. 3 3) Made in india, made for the world In 2019, the global esports market has crossed $1.1 Billion with a global audience of 453 million users (201 mn enthusiasts and 252 mn occassional viewers). While India's mobile game users stand at around 200 mn and are projected to triple in the next 3 years. In 2022, India's mobile gaming revenue is projected to grow to $943 mn. It's clear that the lion's share of the global growth of esports will be powered by India. MPL aims to become one of the powerhouses of this growth by providing Indian game developers an opportunity to monetize their products among an Indian and global audience KEY STAKEHOLDERS whom does mpl need to engage with? 1) mobile gamers gamers MPL's biggest stakeholders would be 2 million mobile gamers that are spread all over India and the 6 million mobile gamers that are estimated to be added in the next 6 years. In that broad set, MPL needs to target highly skilled gamers who are on top of their game and would see value in competing in paid tournaments and challenges. 2) mobile game developers MPL needs to ensure that Mobile Developers from India and all over the world don't see MPL as a competition but as India's biggest gaming platform which can help them in presenting their offering to a very large audience than they would be able to reach on their own. In this set, the niche of small, indie game developers would be a better fit as they would be more flexible to work under the standard guidelines and constraints of the MPL platform. International developers who have a significant chunk of Indian audience should view MPL as an opportunity to monetize their offering from the Indian market and those who don't should view MPL as a launchpad to test Indian waters. DEVELOPERS 3) GOVERNMENTS As governments are yet to formally recognize esports as an industry, regulatory changes can potentially have massive ramifications on the company and the industry. Therefore, it is imperative that a dedicated outreach is made to the following arms of Central and the State governments: 1) IT Ministry 2) Finance Ministry 3) Commerce Ministry 4) HRD Ministry 5) I&B Ministry 6) Sports Ministry 7) MSME Ministry GOVTS 4) Institutions Institutions play a major role in determining policy, perceptions, and projections for the industry. Some of the major institutions which MTL should engage with are as follows: 1) Financial: RBI, DPIIT 2) Associations: NASSCOM, IAMAI, IFSG, CII, FICCI, ISPIRT, IESF, ABAI 3) Think-tanks: Niti Aayog, ORF, CPR, VIF, India Foundation 4) Consultancies: PWC, Deloitte, KPMG, McKinsey, E&Y, BCG, Bain, IBM, Accenture, Gartner, Mercer, Grant Thornton 5) App analytics platforms that generate industry reports: Google, App Annie, Similar Web, Localytics, Flurry 6) Brand Marketing platforms like Afaqs, Exchange4Media, Social Samosa, Advertising Association of India, Content Marketing Summit INSTITUTIONS 5) Investors The venture capital community is an important stakeholder from MPL's point of view, not just for investment possibilities in MPL but also for the investment potential for investors COMMS STRATEGY Levers of communication Building properties that will enable MPL's communication with its stakeholders and the world owned media Owned Media MPL should start with the following properties on its website which could become official mouthpieces for the platform. 1) Blog 2) Media Center 3) Heroes of MPL 4) Social Media channels 5) Audience-wise mailing lists Blog Blog The blog would share news, updates, developments, founders' and leadership team's opinion on industry developments and trends. The tone of the content on the blog would be fun, and casual while the content would be brief and snackable with an emphasis on visual media 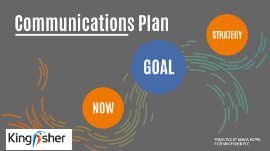 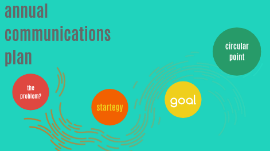 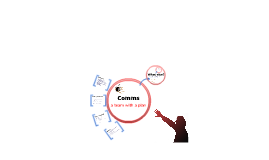 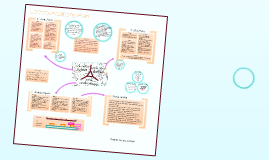 Transcript: We propose a modest but cost effective communications campaign, targeting local press, B2B publications and social media Strategy: Positively place Green Incubator* as an effective, knowledgable, credible entity within regional press Place GI* within B2B press conveying the longer term 'vision', position as industry experts Use social media to guide people to website, offer support and hook new clients Targets: At least one piece of positive coverage per release Targets: At least 2 pieces of positive coverage in the wider business press Social Media Campaign Sharing Objects Thanks for your time! Raise the profile of Green Incubator* throughout Yorkshire and The Humber Position GI* as a centre of excellence within the region Establish an active online following to funnel people towards the GI network and ultimately paid services How? Outputs Local Press Outreach Begin along the path of getting Green Incubator* known as a centre of excellence Use the third party endorsement tactics to build credibility 2 Infographics: £300 Animation: £500 Flash Game: £500 Social Media £TBC Source an intern Devise strategy and timelines Animation Press/B2B Campaign Local/Regional Objectives Internal What? TIMELINE Build on positive success stories of GI* clients Develop these into local press friendly pieces and seed through press contacts Ensure supporting information (photos, quotes, etc.) are supplied and available Infographic Flash Game B2B Why? Simple interactive game which guages player's suitability for social enterprise Game highlights the point that social enterprise is suitable for more types of business and more people than first thought The game reinforces that social enterprise if profitable and seeks to dissociate it with 'non-profit' and 'charity'. £500 More time needs, clearer strategy and potentially another member of staff needs to be devoted to online communications Efficient use of social media is vital in securing the position as a market leader, especially towards the younger demographic of entrepreneurs Social media is often the first step through which someone will make contact, and effective use is a proven way of funneling traffic to the website A strong following and online presence will aid any future press coverage in the wider sphere, and provide another captive audience to communicate with Press release campaign targeted at the local press journalists Present information in a readily usable, concise way to maximise chance of uptake Be on call for media follow-ups and to arrange any potential meetings Use copy for website news stories too + seeding All releases signed off by GI* Informal contact throughout current email list Presence, profiles and visible activity on network 3 months Communications Plan Why? 6 months What? Use the positive coverage and case studies gained through the local press Develop this into a feature request and approach contacts in the B2B sector Approach key bloggers and industry websites to enhance online reach B2B Press Outreach Outputs 3 x Press Releases Accompanying photos and interviews 6 month timeframe How? 2. B2B Press Social Media Social Media Currently no infographics about social enterprise on the internet Several useful datasets - UnLtd “Social Entrepreneurship in the UK” and "Fightback Britain - Social Enterprise Survey 2011" being key. Shareable objects featuring new GI* branding and logo Great way of directing traffic back to the website Kinetic typography style similar to 'The Girl Effect' Simple, effective display of the world carrying on at its current rate of consumption - 'is there another way?' Seeking to reframe what is meant by 'social enterprise' Will come with Social Media Press release for easier sharing and attached information Press release campaign targeted at the local press journalists Present information in a readily usable, concise way to maximise chance of uptake Convey the 'Vision' of Green Incubator*, the longer term goals and the importance of the network Be on call for media follow-ups and to arrange any potential meetings All releases signed off by GI* Start 1 x press release and seeding throughout contacts + online network Relevant photography and interviews 4 Press releases Associated photos and interviews Seeding through press contacts Sharing Objects Enhance professional credibility of Green Incubator* Position GI* as an industry leader 1. Local Press 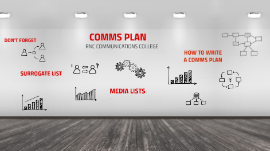 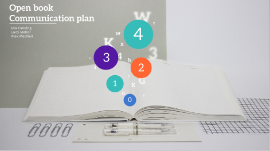