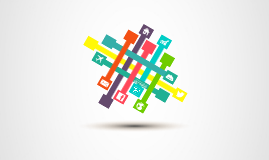 Transcript: So why should your slides be black and white? Darker colors are for Negative PREZI TEMPLATE BY PREZIBASE.COM Colors can make the mind Work Positive Life is colorful events Just kidding! Zoom into your ideas & presentations COLORFUL LINES things Colors Use Green colors to talk about Bring some http://prezibase.com Get this Prezi Template from: into any color you like and add content. 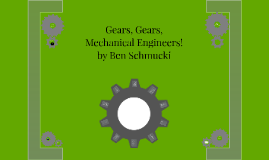 Transcript: Gears, Gears, Mechanical Engineers! by Ben Schmucki Requirements Continued Manufacturing Salary Ranges 1 Corinthians 10:31 This step will repeat until prototype works. Prototype becomes finished product So whether you eat or drink or whatever you do, do it all for the glory of God. Steps to make a product research development design testing operation/maintenance marketing/sales administration Interesting facts about the bridge Tallest bridge in the world Tallest point is 343 meters (1,125 feet) high Tallest point is 19 meters (62 feet) taller than the Eiffel Tower Introduced in the National Geographic Megastructures Tallest Bridge in the World. Normal day is different for every engineer Example: Designer compared to special operation and maintenance engineer. Salesman who has profound knowledge in electronics What they do work with products that require knowledge in electronics help sell those products Acknowledgments classes that should be taken are algebra geometry calculus trigonometry need high school diploma need four to five years of college an internship is helpful a bachelor's degree is required an advanced degree is helpful Schooling Continued Requirements Continued Testing $77,820 physics God My parents My teachers Jake Schmucki Beaver Dam Community Library Requirements Continued Designing Salary Continued Mr. Schmucki said some communication skills are helpful some good qualities are hard working loves hands-on activities good computer skills Example: people who make Lego™ instructions Christian Reflection Requirements (A Normal Day) This verse tells us to do everything to the glory of God no mater what our profession and even if the task does not seem possible. $69,540 helpful classes to take are science mathematics computer science Requirements Continued Operation/Maintenance What they do Take prototype and test it See what goes wrong/works Make a report Give report to designer to fix his prototype Designer fixes prototype Enerpac helped build the bridge Millau Viaduct in France. Schooling Requirements $65,440 $74,360 Other Information Continued Interview Continued Other Information Other Information Continued What they do make graphs and charts that tell about the company's finances, production rates, and other important information. record how long an individual has worked They spend most of their time in an office. What they do Research on what to design Design new products Build a prototype Requirements Continued Engineer Manager Mr. Jake Schmucki works for Enerpac has been a mechanical engineer for twenty-one years has worked for four different companies is an engineering manager sometimes helps design things What they do determine what process is necessary to build a product The Interview Entry level Mechanical engineering Madison: $58,816 National: $63,215 Eight years of experience Madison: $111,272 National: $119,596 $84,770 Note: pursue your hobbies 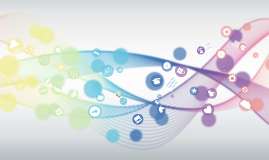 Transcript: Create a Smooth Prezi Is your presentation topic serious? Download this Prezi Template from: Don't Go Too Linear ;) Colorful Prezi Template with circles and a 3D background effect or fun? Take your viewers on a COLORFUL JOURNEY Zoom Anywhere and Add Your Content http://prezibase.com Don't Zoom and Rotate Too Much! Just Remember: a Create a Steady Flow of Slides Plenty of Space for Your Content Use Icons to illustrate Your Content Get Creative! +6 colors 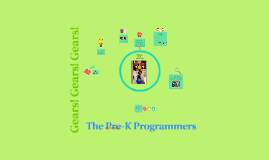 Transcript: Team Captain: Hannah Preaus Critical Thinking The Process After following the instructions, we built our first robot! Collaboration within our team Engineer: Lindsie Bostrom Our Team! Robotics in the Classroom Back to the drawing board! The Pre-K Programmers Our team finally accomplished building a robot that functioned for competition. The goal was to get to the finish line the fastest. After lots of team work, problem solving, creative and critical thinking, and gaining an understanding of how robotics and the gears work, we were able to finish and win the final competition! "What could we change?" Hannah made a comment that summed up the feelings of the whole group when she said, "After I left class this week and got in my car, I thought building the robot was complicated. I can't imagine what went into building my car!" Reporter: Lacy Wycoff Artisan: Virginia Dobbins When it was possible, the team captain, engineer, and artisan divided duties and built pieces separately and combined them to check compatibility. "If the gears aren't moving, the robot isn't moving!" After deciding which team member would play each role, we decided on a gears kit named Giggles. We found all of the pieces needed to build our robot and followed all of the instructions in the booklet. After the modifications failed, we decided to start from scratch with a different model named Chompers. We picked Chompers because we could tell that this robot could move forward and backward and would serve us better in the competition. During the build, our team asked questions and helped one another through the process. At one point while building our second robot, Hannah asked Lindsie, "Can you help me get back to step 1? I feel like we missed an entire step." Adaptations to Robot No. 2 We added a set of wheels hoping for forward motion The Pre-K Programmers The Gears! Gears! Gears! Wacky Wigglers Building Set is a gears robotic system created to develop creativity and imagination in children ages 5 and up. The kit comes with instructions and parts to build four silly creatures that operate off batteries and a remote control. Unfortunately, we discovered some issues with our first robot so we sat down to do some problem solving. We were building a robot that would need to be able to compete in a challenge against another robot. Once all of our pieces were together, we discovered that our robot danced in circles and would not be able to cross a finish line. We needed to modify the robot to make it roll forward and to gain speed. Final Thoughts of the Team Gears! Gears! Gears! Robot No. 1 We couldn't believe the thought and detail that went into building an early childhood/elementary level robot. We learned that following step by step instructions isn't enough. Working together, being creative, and willing to make changes is what lead to our success as a team. Chompers before modifications Chompers was top heavy! We had to get creative and remove Chomper's chompers in order to keep it upright. The Competition! The Product Jobs Making some modifications Collaborating with the opponents Chompers after modifications 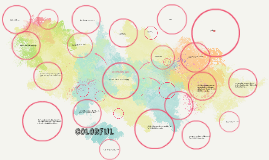 Transcript: the most appropriate place to provide two or three paragraphs of information included in an article would be a office the final product of a mail merge is contained in the... company contact information all the following colors are available for Word documents except... to point a handout of all slides with lines for taking notes,use... colorful footnote cell Vocabulary quiz different odd & even pages header continuous to balance columns in a newsletter,use a/an...section blank slide master Supplementary information in a business report is generally provided in a... to include a logo on all slides of a presentation, add it to the... to have a slide available that you wish to show to some individual but not to others, use... paste as object all of the following revisions entered with track changes turned on can be accepted in a document except... the default theme for Word 2010 is... to preview slides in a presentation, use... background styles all of the following are examples of build-in-building blocks except ... the paste options button for pasting an Excel chart offers all of the following options except... slidebar word themes consist of all of the following expect... the hide slide command handouts(3 slides per page) merged document comments the best option for a second-page heading on two-page letter with electronic letterhead to use a... slide show view an intersection of a column and a row is referred to as a/an 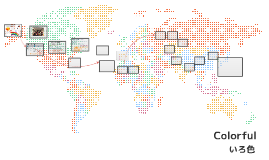 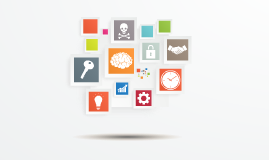