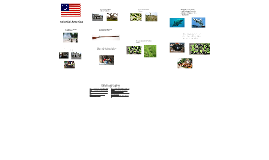 Transcript: Colonial America The Colonists were constantly at war with the British. The Americans had Muskets, but they weren't very accurate. Most men were blacksmiths, builders, soldiers, and farmers The Americans usually had cabins and small farms. Children went to school for most of the day, then they would work on the family farm. Foods in the Northern Colonies. Foods and plants in the Southern colonies. Along the coast, whales could be hunted to make oil lamps. Fishing was also a big industry Exported goods from the colonies; tobacco, indigo, lumber, iron, and furs. Bibliography http://www.suffolk.lib.ny.us/youth/jcsscolonial.html http://www.usa-people-search.com/content-children-in-colonial-america.aspx The idea of rifling a barrel was developed in 1492. Rifling makes the bullet spiral out of the gun making it much more accurate. Muskets had bayonets which were blades on the end of the gun. Bayonets gave soldiers more protection while they were loading the gun. Women stayed at home and did chores like making clothing. Tobacco was one of the most exspensive exsported products in the colonies. The first harvest of tobacco was worth over one million dollars in todays money. The military was made up of untrained soldiers that were farmers. Corn was easy to grow in the middle coloniesbecause the soil was thicker and richer than in the New England colonies. The colonists didn't want to be controlled by the British. Most families had to give homes to soldiers and give them food. http://cassian.memphis.edu/history/mcrouse/colonial.html Iron was produced in the Northern colonies. Most big farms in the south were farmed by slaves. If you wanted a good, they were usualy exspensive. Tobacco is a big part of the trade in the colonies. They would trade it for big amounts of money. It was the crop that saved Jamestown. Children went to school after doing morning chores and then after school they would help more at their houses. Bayonets were put on the end of muskets to give protection to the sodiers while they are reloading. Houses were made of logs and usually had fire places and stone chimneys. http://www.claytoncramer.com/popular/GunmakingAFamilyAffair.html http://www.tms.riverview.wednet.edu/lrc/colonial.htm Hardwoods like Oak, Pine, and Willow were sold in the market for a big amount of money. Lots of the wood was sold to the ship building industry. http://www.usahistory.info/colonial/customs.html Rice was considered a very valuable crop in colonial times. African slaves were brought into the colonies because they were already amune to diseases and knew how to grow rice. Furs like the Beaver pelt were very popular in England. The Beaver pelts were made into hats because they have a natural water repelant. Small farms in the north consisted of cattle, corn, wheat, and squash. http://www.publicbookshelf.com/public_html/Our_Country_vol_2/coloniala_cb.html http://www.ssdsbergen.org/Colonial/blacksmith.htm The Middle Colonies were called the "breadbasket" of the all the colonies because of the big grain industry. Blacksmithes made nails, bars, other metal products. 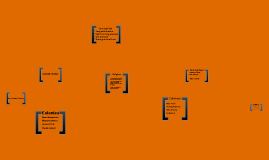 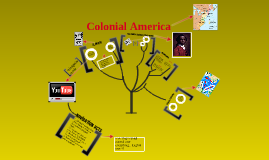 Transcript: Colonial America Oulaudah Equiano {1745-1797} Navigation Acts wow they wanted control over everything... English crew?! Slavery triangular trade Resources Best known 4 ending slavery in Britain and writing his autobiography mills, ironworks, distilling rum, shipbuilding, bricks, glass, leather goods, and cloth. Economics Accomp. many slaves died on ships due to miserable conditions such as beatings and sickness Included timber, fish, fur animals, and whales. 1. All goods coming from Asia,Colonies, Africa to be carried on English ships. 2. Captain and most of crew had to be English. 3. Merchants had to pay a tax on certain goods. 4. Some goods to be sold only to England. Self educated even though he was a slave were expensive why were they expensive if they weren't thought of as much? Farming not much in north: soil bad. more widespread in middle and mostly the south. In the North there was mostly substinence farming: farming done only for your family. Slaves came from Africa Industries Middle Passage He must've been a genius to have taught himself the way he did! journey made by slaves to new world 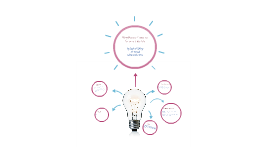 Transcript: Why People Came to Colonial America Many people felt the laws of their government in Europe were too oppressive and they wanted to live where the citizens had more liberties and freedoms. Land Many countries in Europe had been at war with each-other for centuries. In the new world, people hoped to find peace and be able to live a quiet life. One of the main features about moving to America was being able to own lots of land. Something England was running out of. The colonists heard of all this land and wanted some for their famlies. Religious Freedom While some sought a new life, many were just in it for the riches, hoping that America was full of gold! For many, they simply wanted a way to support themselves and their families. They came to America to open businesses; most starting farms growning new crops such as cotton, tobacco, indigo and rice, which they did not have in Europe. While few in numbers, some came to practice religion without being punished. Many European Kings and Queens forced their citizens to have the same religion as they did. A New Government by Rachel Kelley 7th Period Advanced Civics Peace Money 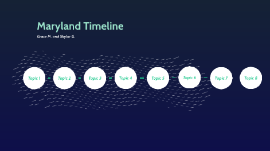 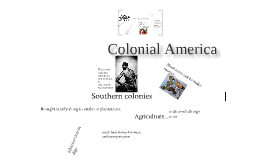 Transcript: Northern colonies Wanted to keep there families together and practice there own religion. Did most things themselves without much help from other places. foods that didnt grow in america was shipped from this colony Excelled in In industrial trade... Coal mining+shipbuilding+fishing MORE SLAVES TRANSPORTED THAN THE SOUTH!!! cotton+clothing+corn Agriculture... Southern colonies Brought family along to settle on plantations. Most were out to make money... tobacco+rice+indigo used there horses for meat and transportation. Colonial America This colony had huge palntations that took alot to run...slavery was instituted 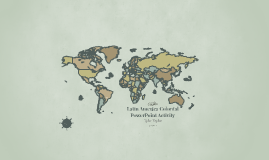 Transcript: Mexico City Sao Paul was a former German colony. Sao Paulo is no in Brazil, the people speak Portuguese. And Sao Paulo is in the continent South America Lima was founded by Spain. It is now in the country of Peru. The official language is Spanish but it has multiple languages. Lima is in South America. Havana Buenos Aires Tyler Taylor Latin America Colonial PowerPoint Activity Buenos Aries was founded by the Spain, Buenos Aries is a city in Argentina. The primary langauge is Spanish. Buenos Aries is in South America. Lima Mexico City was a former colony of Spain. Mexico city is in Mexico. In Mexico City the primary language is Spanish. Mexico city is in the continent North America Sao Paulo Havana's former colony was Great Britain. Havana is now in the country of Cuba. The primary language of Havana is Spanish, and Havana is in North America 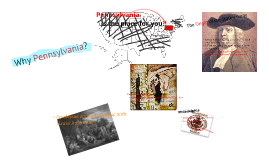 Transcript: Pennsylvania is the place for you! developing good relationship with Native Americans Pennsylvania land of religious freedom no tax-supported churches proposed as trading center first capital! William Penn had the king over a barrel. Charles II owed his father a huge debt. William was awarded an enormous tract of land in the New World. William Penn, founder of Pennsylvania ("Penn's Woods") established a very liberal government. The Origin of the State's name by Paul Lee Why Pennsylvania? Great news for women! women granted greater freedom in Pennsylvania than elsewhere Philadelphia family garden/ land of your own low population diversity