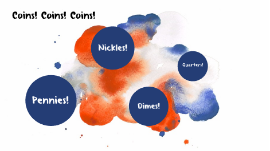 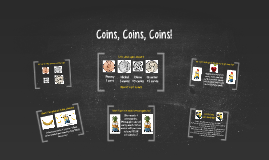 Transcript: Penny 1 cent What are the values and names of these coins? What if your mom needed some pineapples, too? Apples are worth 35 cents. Turn and talk with a partner about which coins you could use to buy one apple. Your mom sends you to the grocery to get some fruit... Coins, Coins, Coins! What if she asked you to buy a banana? Now let's get to work... Quarter 25 cents She needs 4 pineapples. Pineapples are 25 cents each. What coins will you use to buy FOUR pineapples? Nickel 5 cents Dime 10 cents Let's check your answers! Part 1: Identify each coin and its value. Part 2: Add up the values of the coins with a partner to find the total amount. Part 3: For the last section, create your own problem! Think back to the word problems we showed you and also use your worksheet as a guide. Part 4: Trade worksheets with a partner and solve each other's problems. Coins, Coins, Coins Worksheet! A banana costs 42 cents. What coins would you need to buy TWO bananas? 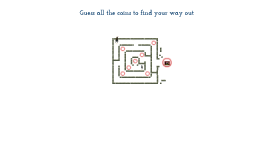 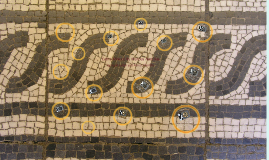 Transcript: Coins Minted By Marcus Aurelius By: Kurt Falter and Anna Orfanidis In 175, to reinstate his authority after General Cassius Claimed himself Emperor, Marcus Aurelius and his wife toured the eastern cities and provinces Faustina died on their way back from this trip When he got back, he had yet again to battle the Germanic tribes In 177, he made his son Commodus co-emperor and they fought together to defeat the tribes Marcus Aurelius had hoped to extend the borders of the empire through these battles, but died in 180 He was the last of the "Good Emperors"in the era of Marcus Aurelius was best known for his philosophies and his journal, which was later published, called "The Meditations" The bronze medallion shows a young, bearded Marcus Aurelius The reverse side shows Fecunditas, the term that means reproduction, with four children Coin #5 (Front) THE END Because Hercules is a Roman hero, Marcus Aurelius depicted the powerful to represent his powerful reign The Golden Aureus shows Marcus Aurelius as an older and bearded emperor The female figure represents the city of Rome as a female warrior, holding a parazonium and a winged victory figure Like Alexander, Marcus Aurelius saw himself as agreat leader and conqueror for the Roman Empire Marcus Aurelius The silver coin shows Faustina the Younger, the wife of Marcus Aurelius Coin #1 (Reverse) Coin #4 (Front) The altar represents the place of where Marcus Aurelius' coronation as emperor took place The bronze sestertius shows Divus Antoninus Pius, the emperor before Marcus Aurelius Coin #4 (Reverse) Marcus Aurelius, wishing to honor his deceased wife, mints her face onto a coin Coin #5 (Reverse) His hair is curly and he shows a serious face, representing a powerful man Marcus wanted to honor him, for he had named Marcus as the next emperor Marcus Aurelius, during his reign, saw the empire expand and improve in power, and thus celebrated these achievements in his coins Coin #2 (Reverse) Coin #2 (Front) Full name: Marcus Annius Catilius Severus Marcus Aurelius was born on April 26, 121 CE and died on March 17, 180 CE Ruled as emperor from 161- 180 CE Adopted by his predecessor, Antoninus Pius, when he was 17 From a young age, he was interested in philosophy and politics Marcus Aurelius inherited the empire at the age of 40 Was the first emperor to make a co-emperor: his adopted brother Lucius Verus Ruled with his brother until Lucius' death in 169 He married Antoninus Pius' daughter, Faustina, to secure the ties for becoming Emperor He and Lucius successfully secured the outskirt borders of the Empire He and his brother fought many wars against the Germanic tribes and Parthians- the Emperors won all of them After the death of Lucius in 169, there was a rumor that Marcus Aurelius was dead, so a General by the name of Avidius Cassius claimed the title of Emperor Marcus Aurelius did not have to even lift a finger to put down the General; Cassius was murdered by his own troops Marcus Aurelius' wife gave birth to many children, so he describes her as that of a reproducing goddess Marcus Aurelius The bronze medallion shows a bust of Marcus Aurelius Since he looks older, Marcus Aurelius wants to show that his age of reign has made him wise Coin #3 (Reverse) The reverse side shows Hercules wielding a spear and club under a Roman arch Coin#3 (Front) He is depicted with curly hair and a calm demeanor, an illustration that would be received by his subjects with praise The reverse side shows Alexander the Great resting under a tree with two Nemeseis in the background The reverse side shows an altar surrounded by horns and closed doors Coin #1 (Front) Marcus Aurelius 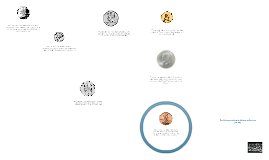 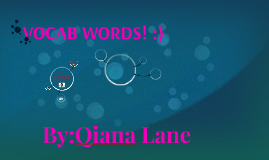 Transcript: Fact Of a smaller number. Is something that has really occurred or is actually the cast. Coins Fact By:Qiana Lane Fewer VOCAB WORDS! :) Are pieces of hard material used primrily as a mediam of exchange or legal tender. A smiley face also called a smiley or emoticon.