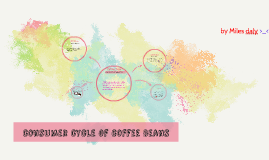 Transcript: how does it get sold ? consumption consumption consumer cycle of coffee beans by Miles daly >_< firstly people go out to get the large bean from the coffee tree and put them into a wheelbarrow and tack them back in a truck to a factory to get cracked open. EXTRACTION but shell looks like this. how do we get it? When you throw the coffee away it usually goes to landfill and the rest goes to landfill harms the environment but if you use a Nesspreso machine the plastic goes to landfill but if you go the store there's a bin inside and if you put the capsels in the bin they get reused Once it gets cracked open it gets package and sent to stores all over the world to make the coffee. distribution At the factory they get cracked by a big machine to get the nut inside and they use the shell for soil and the nut looks likes this. how does it effect the enviroment ? production how do they get cracked open ? disposal people either go to a cafe or buy it themselves to drink but you need a coffee machine or else it does not work. how do they get harvested? 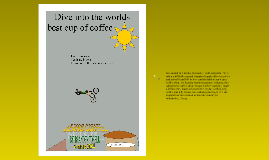 Transcript: We started in Lincoln, Kentucky. It all started in 1973, when a hill-billy named Branden found coffee in a river and tasted it and fell in love and decided to open up a coffee shop. He found a business partner, Brianna, they called there coffee shop “Beans Coffee” and they made a killing they made at least $30 everyday selling only coffee and jelly beans. We ended up having $333. We stopped our movemaent across the country in Wimberley, Texas. Dont forget to come to the 8th grade basketball game we are selling coffee even clebs like our coffee SUPpLY AND DEMAND HOW MANY CUPS WE HAD HOW MUCH COFFEE WE HAD 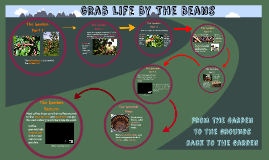 Transcript: The Garden: Return Coffee grounds help fertilize soil in the most natural way possible. From the garden to the grounds back to the garden The Grounds: Part 1 *Video: Pulling a Shot The coffee bean is the seed of the coffee fruit Coffee beans can be roasted anywhere from a light roast to an extra dark roast. *Video: Local Gardener Colombia is a very popular place for coffee farmers, due to the perfect climate. The Garden: Part 4 Selective Picking: picking only the ripe berries Before coffee beans can be used, they need to be roasted. The Garden: Part 1 Many local coffee shops save their used grounds for local farmers and gardeners. Coffee beans grow in many places. The best places to grow the beans are in subtropical regions at high altitudes. It takes almost 2 years before the coffee bean can be harvested. Chemists extract oils from plants and combine them to get a flavorful combination of oils. The Grounds: Part 2 Strip Picking: picking all coffee beans off at one time The Garden: Part 3 Contrary to popular belief, light roast coffee has more caffeine than dark roast coffee. The beans are then coated for 24 hours in the mixture, after they have been properly cleaned, dried, roasted, and cooled. *FUN FACT* one cup of decaffeinated coffee still contains about 7 mg of caffeine. Most coffee shops save their coffee grounds so that local farmers and gardeners can put the used coffee grounds back into the earth. Used coffee beans, called grounds, have many uses. There are 2 types of coffee bean picking: Natural oils are used to get certain flavors in the coffee bean. Grab Life By The Beans The Garden: Part 2 The Grounds: Final 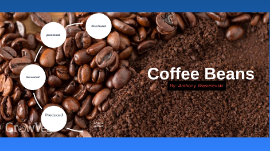 Transcript: Coffee Beans By: Anthony Wasielevski what is coffee? coffee comes from one of two plants in the genus Coffea, and these are Coffea arabica and Coffea robusta . Of the two, it is arabica that is the most appreciated for its deeper flavor and richer qualities, though some regions such as Vietnam and parts of Africa prefer the bitter, earthy flavors in robusta. Coffee Subtopic 1 Coffee plants only grow in tropical regions The average Arabica plant is a large bush with dark-green oval leaves. The fruits, or cherries, are rounded and mature in 7 to 9 months; they usually contain two flat seeds, the coffee beans. When only one bean develops it is called a peaberry. how is it grown? Produced Picture coffee bean bushes. Harvested The cherries of the coffee plant take about nine months to fully ripen. When the time comes to harvest them, several methods can be used. Experts agree that the best approach is selective picking, which is where the picker hand-selects the ripest and best cherries for harvesting. Since coffee crops don't mature all at once, it's sometimes necessary to pick each tree several times to remove the ripe cherries. Selective picking is a good choice in this situation. Harvested picture Harvested coffee beans processed The wet method 1. hand pick the ripe cherries 2. Processed Subtopic 1 Distributed Subtopic 1 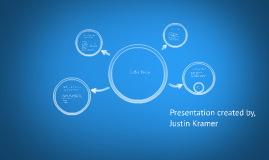 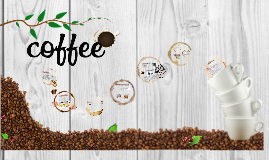 Transcript: Coffee is one of the most valuable products for its benefits towards global trade and the economies of developing countries. An estimated $17 billion is created by the production and the imports between countries every year. There is also more than 25 million people employed in the coffee industry. •Payments against letter of credits •Payment net cash against documents (NCAD or CAD) on first presentation •Payments against document in trust •Payment net cash against documents upon arrival •Futures Contracts PRICE Terms of Payments The beans are packaged in bags and are ready to be exported. Top Coffee Producers Interesting facts Made by Zaira, Brenda, Lauren and Sara Conditions: SEVERAL ADVANTAGES Top Importers Cargo handling Discharging bulk cargo from a bulk body (Hamburg) Harvesting Dry method Right Advantages: Prices shall relate to: Processing the Cherries 2.25 billion cups of coffee are consumed in the world every day 90% of coffee production takes place in developing countries 25 million small producers rely on coffee for a living (a) ex-dock quotations for prompt shipment in the physicals market (b) trading in the late afternoon (c) sales from origin Shipped in 20 foot and 40 foot ‘dry containers’ 2 types of containers: The distribution of the top ten producers of coffee are primarily located near the equator. This is due to the country's warm climate which is required for growing the best coffee beans. Brazil is the highest producer of coffee as it makes 20 millions bags per year, followed by countries surrounding it and parts of Southeast Asia and Central Africa. The beans are sorted according to size and density it gives a different taste Container transport References Shippers save on the cost of bags 21-24 tons per bulk (17% over the bagged coffee) Time and labour savings Coffee in bulk arrives in a better condition than coffee in bags (air) No baggy smell, no weight losses due to handling Means of transport : ship, truck, railroad. General cargo. Container transport. Wrong Disadvantages: ..is the second most popular beverage in the world (after water). This world wide beverage has caused a 'coffee culture' in many countries and can be served in numerous ways. It's caffeine and sugar content is known to keep the body awake and more alert. PRODUCT It takes approximately 3 to 5 years before a coffee tree bears coffee cherries which turns bright red when it is ripe and to be ready. Coffee... Fairtrade International, 2014. Coffee. [Online] Available at: http://www.fairtrade.net/coffee.html [Accessed 25 June 2014]. Interrnational Coffee Organization, 2013. Historical Data. [Online] Available at: http://www.ico.org/new_historical.asp?section=Statistics [Accessed 24 June 2014]. Leslie, P., 2014. Starbucks Raises Prices as Arabica Coffee Costs Increase. [Online] Available at: http://www.bloomberg.com/news/2014-06-20/starbucks-raises-prices-as-arabica-coffee-costs-increase.html [Accessed 24 June 2014]. National Coffee Association USA, 2013. Coffee from Around the World. [Online] Available at: http://www.ncausa.org/i4a/pages/index.cfm?pageid=75 [Accessed 21 June 2014]. National Coffee Association USA, 2013. Ten Steps to Coffee. [Online] Available at: http://www.ncausa.org/i4a/pages/index.cfm?pageid=69 [Accessed 21 June 2014]. Robinson, P., 2012. Small Farmers. Big Change.. [Online] Available at: http://smallfarmersbigchange.coop/2012/06/12/brazilian-fair-trade-producer-organizations-come-out-against-fair-trade-usas-fair-trade-for-all-initiative/ [Accessed 24 June 2014]. The top importers/consumers of coffee are mainly located in the northern hemispheres such as Germany and the United States, followed by Canada, Japan, Spain, Belgium and Italy. The import coming from these countries are worth over $1000-2000 million a year. The top importers of coffee are consists of developed nations which tend to have a large coffee culture. Ventilation channels largely blocked Greater distance to hot roof Easier to cover top with cardboard Fewer bags touching walls average weighted price: 104.70 USD per pound TRANSPORTATION Sorting Exporting the Beans Wet method SUPPLIERS Ventilation channels are opened High loading weights Most bags touch walls 2. Ventilated containers ("coffee containers") 1. Standard containers Stowed below the deck 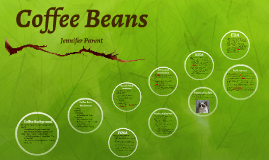 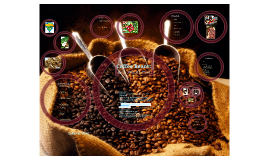