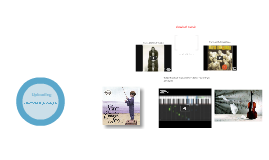 Transcript: classical music from jazzy types too.. To blues type music these types of music were hits for more than 20 years! too one of my personal favorites, a piano type classic old people are old :o thanks for watching! 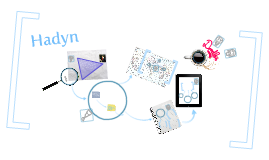 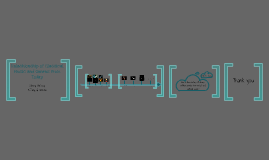 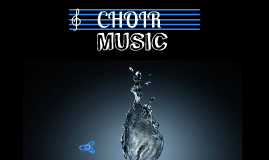 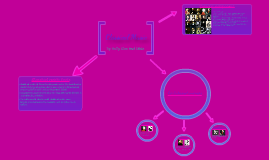 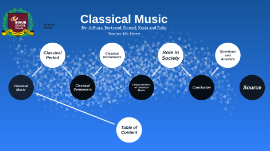 Transcript: By: Adhara, Bertrand, Denzel, Kesia and Rake Teacher: Mr. Herry Classical Music Table of Content Classical Music Classical Period Classical Composer Characteristics of Classical Music Role in Society Conclusion Questions and Answers Source Table of Content Table of Content Classical Music The term "classical" is often used to describe music that is not rock, pop, jazz or another style. Classical Era was when the Sonata form was born. With that there was the symphony, trio and quartet. Classical Music A musical composition for three instruments or voices, or a group of three performers. Trio Trio A musical composition for four instruments or voices also, the group of four performers. Quartet Quartet A lengthy form of musical composition for orchestra Symphony Symphony Classical Period 1750 to 1825 Classical Period Classical Composers Classical Composers - Ludwig van Beethoven - Franz Joseph Haydn - Wolfgang Amadeus Mozart - Luigi Boccherini Ludwig van Beethoven was a German composer and pianist. Famous Works: - Für Elise - Fidelio - Symphony No. 9 - Symphony No. 6 Ludwig Van Beethoven Ludwig Van Beethoven Für Elise Für Elise Joseph Haydn, in full Franz Joseph Haydn (born March 31, 1732, Rohrau, Austria—died May 31, 1809, Vienna), Austrian composer who was one of the most important figures in the development of the Classical style in music during the 18th century. Famous Pieces: - The Seasons - Symphony No. 45 -The Seven Last Words of Christ Franz Joseph Haydn Franz Joseph Haydn The Seasons The Seasons Wolfgang Amadeus Mozart, in full Johann Chrysostom Wolfgang Amadeus Mozart, baptized as Johannes Chrysostomus Wolfgangus Theophilus Mozart (born January 27, 1756, —died December 5, 1791, Vienna), Austrian composer, widely recognized as one of the greatest composers in the history of Western music. Famous Works: - Requiem - The Magic Flute - Don Giovanni - The Marriage of Figaro Wolfgang Amadeus Mozart Wolfgang Amadeus Mozart The Marriage of Figaro The Marriage of Figaro Luigi Boccherini, in full Luigi Rodolfo Boccherini (born February 19, 1743, Lucca [Italy]—died May 28, 1805, Madrid, Spain), Italian composer and cellist who influenced the development of the string quartet. Famous Works: String Quintet in E major, Op. 11, No. 5 Clementina Musica notturna delle strade di Madrid Minuetto Luigi Boccherini Luigi Boccherini Minuetto Minuetto Classical Instruments Strings: -Violin -Viola -Cello Woodwinds: -Clarinet -Basset Horns Classical Instruments Brasses: -Buccin -Ophicleide Keyboards: -Clavichord -Organ String Quatret Quartet composition flourished in the Classical era, with W. A. Mozart and Beethoven. It is still relevant until today. The origins of the string quartet can be further traced back to the Baroque trio sonata, in which two solo instruments performed with a continuo section consisting of a bass instrument (such as the cello) and keyboard. String Quatret By mid-century, the sentimental style of an ornamented simple melody over an uncomplicated texture of basic tonal harmony had taken over, and it was on this foundation that Joseph Haydn and Wolfgang Amadeus Mozart based their mature Classical style. Woodwinds Woodwinds Viola Strings Strings Violin Cello Buccin Brasses Brasses Ophicleide Clarinet Woodwinds Woodwinds Basset Horns Clavichord Keyboards Keyboards Organ - Have a contrast of mood There are many moods in a classical music. Moods may change gradually or suddenly. - Rhythm Classical music is rich in rhythymic patterns. - Melody is easy to remember The melody in a classical music is very easy to remember and is very tuneful - Basso Continuo Abandoned There are no more Basso Continuo in the classical period Characteristics of Classical Music Characteristics of Classical Music Basso continuo is a form of musical accompaniment used in the Baroque period. It means "continuous bass". Basso continuo, sometimes just called "continuo", was played by a keyboard instrument and another bass instrument such as cello, violone (an old form of double bass).​ Basso Continuo Basso Continuo Role in Society Role in Society Classical music have many role and impact in the society Classic music has been proven to be the music of intelligence. Recent studies have shown that listening to classical music can have lasting effects on one's brain; it can stimulate brain function in developing infants and improve comprehension of math and other computing skills in adults. Music of Intelligence Music of Intelligence Classical music is essential because it transports us to history. The major pieces of classical music are considered the greatest hit songs in history. It is the foundation entertainment. It helps develop the music nowadays. The classical music also helps the music nowadays to have an instrumental component in it. Greatest Hit Songs Greatest Hit Songs In conclusion, today we learnt about classical music. We learnt about the composers, how it started, and how it affected today's world. Classical music was an 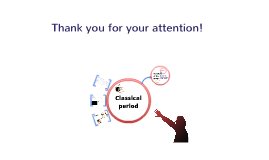 Transcript: Classical Period Music The works performed by classical musicians are selected from a tradition of written music dating back to the Middle Ages. Much of this music was originally composed as church music or for the entertainment of the aristocracy. Culturally, classical music stands out for the intensive training that serious participants must undergo, as well as the tendency of its listeners to cherish, even venerate, particular works and their composers. This was composed between 1804 and 1808. one of the most popular and best-known compositions of classical music and one of the most performed symphonies. It consists of four movements: allegro begins with a desonata, continues with an andante and scherzo ends with a continuous, comprising the last two parts. And one more thing... We hope you learned something useful from this Members of the group: Classical clothes were very simple: cloth was cut into basic rectangle shapes and draped in folds around the body. Garments were very similar for men and women and consisted of a short chiton, a longer himation and a cloak called a chlamys. The Romans famously wore the toga, a semicircular piece of fabric about 20 metres long. Classical period The name classical is applied to the period because in art and literature, there was admiration and emulation of the classical artistic and literary heritage of Greece and Rome. Intellectually, this era has also been labeled the Age of Enlightenment. Philosophers wrote of the value of the common person and the power of human reasoning in overcoming the problems of the world. This revolution in thinking led to conflict between the old order and new ideas. The musical scene in the classical period reflected the changes occurring in the society in which the music was being written. Florencia Diaz Paloma Hernandes Camila Valeriano Clothes Thank you for your attention! For women folds of cloth were simply pinned into place with elaborate pieces of jewellery.This natural figure stood out for being able to see the body under clothing. Visible breasts were part of this classic look, and some described the breasts in a way as if only aesthetic and sexual. 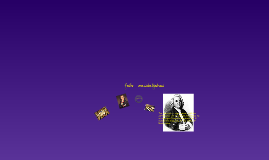 Transcript: Felix Mendelssohn was born in Hamburg on Feb. 3, 1809, the son of Abraham and Leah Mendelssohn and the grandson of the famous Jewish philosopher Moses Mendelssohn. . Felix and his elder sister, Fanny, received their initial piano instruction from their mother. In 1816, on a visit to Paris, he studied with the pianist Marie Bigot. The next year he began formal composition studies with Carl Friedrich Zelter, a composer greatly admired by the poet Johann Wolfgang von Goethe. On March 11, 1829, a great musical event occurred: Mendelssohn conducted the Singakademie in the first complete performance of Johann Sebastian Bach's St. Matthew Passion since the composer's death. The work was a huge success, and the performance was of decisive importance to all subsequent German composers for it marked the beginning of the revival of Bach's works. felix mendelsshon