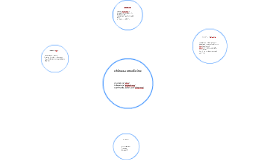 Transcript: yangsheng chinese medicine 1.based on 'chee' 2.devote to 'yangsheng' 3.arrive the balance of 'yingyang' balance of yingyang approach 1.acupuncture 2.cupping 3.massage How to 'yangsheng' ? 1.keep distance away from external force. 2.avoid bad moods and calm down 3.have a good lifestyle It reflected in the medicine medicine have the attribute to 'ying' and 'yang'. 'ying' will makes your body calm down. 'yang' will makes your body exciting. what's chee? An abstract concept. Maybe it's a kind of energy. It can help our organs working fluently . 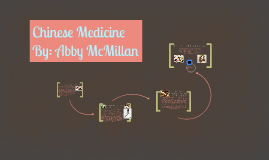 Transcript: Here is a quick youtube video that explains more about the history of Chinese medicine. What is the difference between Chinese and American medicine? What are the ingredients of Chinese herbal medicine? Some Chinese herbal medicine treatments may be safe, but others may not be. There have been reports of products being contaminated with drugs, toxins, or heavy metals not indicated on the ingredients list. Some of the herbs are very powerful, can interact with drugs, and may have serious side affects. Sources: www.travelchinaguide.com/intro/medicine.html www.health.howstuffworks.com/wellness/natural-medicine/chinese/traditional www.taijichinesemedicine.com/TCMhistory.html www.china4u2.com/TCMhistory.html www.medicine.mcgill.ca/MJM/issues.pdf Youtube Video Chinese Medicine By: Abby McMillan Chinese herbal medicine uses a variety of herbs such as astragalus, ginkgo, ginseng, green tea, garlic, and eleuthero in different combinations to help restore balance to the body. There is some evidence from randomized clinical trials that some Chinese herbs may contribute to longer survival rates, usually a reduction of side effects, and lower risk of some types of cancer. According to the Chinese, plants are essential to life and significantly enhance health. In the medicine, the number of plants used is more than the number of plants used for making food. What is the history of Chinese medicine and who invented it? Chinese medicine focuses on restoring a balance of energy, body, and spirit to maintain health, while English medicine focuses on curing one particular disease or medical condition. American medicine focuses on curing whichever part of the body is afflicted, while traditional Chinese medicine regards the human body as a complete system. In addition, Americans tend to wait to go to a doctor until they feel that their symptoms are severe enough to have to be checked out, while Chinese citizens immediately go to a medicine clinic as soon as they notice uncommon symptoms. Traditional Chinese medicine has been around for thousands of years. It is believed that Chinese medicine is traced back to a legendary emperor and ruler, Shen Nong who invented agriculture. Historians believe that in order to determine the nature of different herbal medicines, Shen Nong would sample various plants to test and analyze their side affects. According to ancient texts, he tasted at least 100 herbs every day hoping to find the remedies that would one day cure people's illnesses, and he did. Because there were no written records, it is said that Shen Nong's discoveries were passed down verbally from generation to generation. In addition, the founding father of Chinese medicine is said to be the Yellow Emperor also furthered in the invention of Chinese herbal medicine in later times. Is Chinese herbal medicine safe? 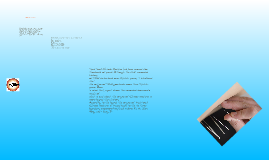 Transcript: Chinese herbal medicine is part of a larger healing system called Traditional Chinese Medicine (TCM), which also includes acupuncture, massage dietary advice and exercise. TCM is a popular method of treatment, with nearly three million Australians visiting TCM practitioners every year. Chinese herbs are commonly used to treat disorders such as: Digestive problems Eczema and psoriasis Fatigue Gynaecological disorders Hepatic (liver) disorders Cardiovascular disorders Stress Allergies and autoimmune disorders. Traditional Chinese Medicine has been around for thousands of years. Although the first recorded history of TCM dates back over 2,000 years, it is believed that the origins of TCM goes back more than 5,000 years. Bear in mind that, apart from the recorded documents much of what is said about the origins of Chinese medicine is more legend than history. According to the legend the origins of traditional Chinese medicine is traced back to the to three legendary emperors/mythical rulers: Fu Xi, Shen Nong, and Huang Di. Chinese Medicine 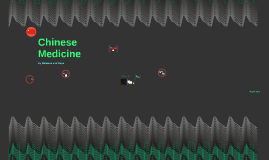 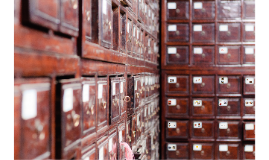 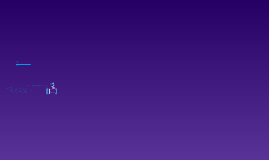 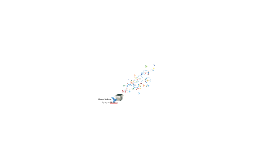 Transcript: Yin Yin & Yang represent the Chinese Medicine Philosophy. Yin & Yang are opposite yet the same. Caterpillar Fungus is subscribed often for women mostly but men also use this. Caterpillar Fungus was used for stress-relieving purposes. For example when 3 women were running for a marathon they used Caterpillar Fungus to stay away from stress. By: Alyssa Pilkerton Male, Heaven, Day,Dry, Hot,Summer,Birth, Function, Large, Holow, Acute What is Caterpillar Fungus used for? Chinese Medicine and Healing http://www.travelchinaguide.com/intro/medicine.htm https://rbgsocialclub.wordpress.com/2012/07/11/think-outside-the-doc-western-doctor-that-is-rbg-alternative-health-tips-traditional-chinese-medicine/ http://www.healthcommunities.com/traditional-chinese-medicine/alternative-medicine/tcm-treatments.shtml What is Chinese Medicine? Bibliography What are some types of medicine found here? Yang Based on the illness there are 3 different ways to treat the patient. Acupunture used for Cancer,Pain disorders,Back pain. Herbs also used for Cancer. Qigong is a type of exercise for you to stay healthyChina . (yoga) Female,Earth,Night,Moist,Cold,Winter,Death,Structure ,Small,Solid, Chronic Caterpillar Fungus Mythus Fungus Kampo Chinese medicine refers to herbal formulas and acupuncture that was used for over 3 thousand years. Also is a theory of natural health that was set in fourth of the concept yin and yang. Chinese Medicine Kampo is a medicine in China that is practiced (meaning used a lot) It fits in with our modern Health Care System. It was orginally a Chinese Medicine but it got adapted to Japenese Culture. 3 main types of treatment Yin & Yang Kampo 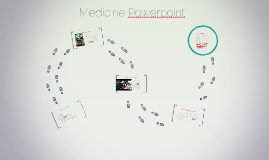 Transcript: From your first day in the dissection lab to the start of your clinical training, student life at UCD School of Medicine is a stimulating, diverse and vibrant experience. When you choose Medicine at UCD, you choose early patient contact, a world-class curriculum and an unrivalled calendar of social and extra-curricular activities. Medicine at UCD Medicine at Trinity College The admissions test selected by the Irish Medical Schools is called HPAT – Ireland (Health Professions Admission Test-Ireland). The test measures a candidate’s logical reasoning and problem solving skills as well as non-verbal reasoning and the ability to understand the thoughts, behaviour and/or intentions of people. The duration of the exam is 2 and 1/2 hours. Medicine Powerpoint Conclusion Course Type: Undergraduate No. of Places: 123 Min Entry Points for 2012: 746* points Duration: 5 Year(s) Full Time Medical education utilises a combination of small group teaching, problem based learning, didactic and bedside teaching. Clinical and communication skills together with ethics are given an important place in the curriculum. Student selected modules and a global health module have been introduced Examines, treats and advises sick people in a local surgery or hospital. Qualification as a doctor opens the door to a wide range of specialisms - General Doctor or Family GP, Surgeon, Radiologist, Oncologist, Anaesthetist, Audiologist, Dermatologist, Paediatrician, Gynacologist, Optometrist, Opthalmologist, Orthopist, General Dentist, Orthodontist and Oral Surgeon and many more. Medicine at UCD Duration: 5-6 years Places: 90 Points: 535-625 Course Features: Modern, modularised curriculum Early and continual patient contact Multiple opportunities to travel Ireland's most extensive clinical network Taught by internationally renowned experts HPAT Admission Exam