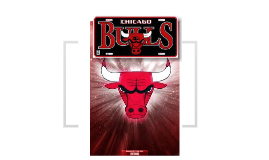 Transcript: Basketball WHO: My favorite team is the BULLS! WHEN: The Bulls have been in the NBA for 46 years! Right now in 2012 they are in the playoff's for this year. WHAT: The BULLS are one of 30 teams in the NBA. WHERE: They play in Chicago Ill. WHY: They are my favorite team because, I have always liked that team and that is my father's and I team! 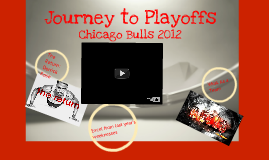 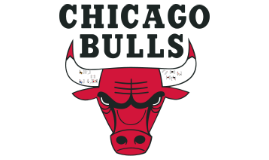 Transcript: Who is the coach? They been in the NBA since 1967 What is their mascot? How many Championships have they won? Who is their owner? Where do they play? The Bulls have a perfect 6 of 6 record in the NBA finals They play in United Center What division? Whats their color? Their owner is Jerry Reinsdorf Their colors are Red,White, and Black They have won 6 Championships Their mascot is Benny the Bull Their coach is Tom Thibodeau During the 1995-96 season with Jordan, the Bulls won 72 games out of 82 – setting an NBA record that still hasn’t been broken My team is from Chicago, Illinois Where is your team from? Central Division Eastern Conference How long have they been a team? Fact about them What Conference? 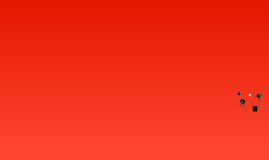 Transcript: The Bulls have won a total of 6 championships. The Bulls transformed a young rookie,Michael Jorden, into a basketball superstar. Now the Bulls are transforming Derrick Rose, a young rookie athlete, into a phenomenal pointguard. With the help of Derrick Rose the bulls have now beat the Pacers advancing to the 2nd round of the playoffs. 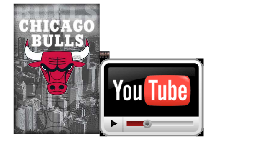 Transcript: He then went on to play for the Chicago Bulls under Johnny Kerr during the Bulls' formative years.[8] He was the first player selected by the Bulls in the expansion draft, earning him the nickname "The Original Bull." Sloan was known for his tenacity on defense, and led the expansion team to the playoffs in its first season. After averaging over 25 points per game, Love earned the EBL Rookie of the Year Award and gained enough confidence to try out for the Royals once more. He made the team on his second attempt and played two seasons for the Royals, largely in a reserve role. In 1968, the Milwaukee Bucks selected him in the NBA Expansion Draft and traded him to the Chicago Bulls in the middle of the 1968-69 season. is a retired American professional basketball player who played in the National Basketball Association (NBA). He is most remembered for his time with the Chicago Bulls, with whom he was instrumental in six NBA Championships and their record 1995–96 season of 72 wins. Pippen, along with Michael Jordan, played an important role in transforming the Bulls team into a vehicle for popularizing the NBA around the world during the 1990s.[1] His leaping ability, illustrated by performing slam dunks from the free throw line in slam dunk contests, earned him the nicknames "Air Jordan" and "His Airness". He also gained a reputation for being one of the best defensive players in basketball.[2] In 1991, he won his first NBA championship with the Bulls, and followed that achievement with titles in 1992 and 1993, securing a "three-peat". Although Jordan abruptly retired from basketball at the beginning of the 1993–94 NBA season to pursue a career in baseball, he rejoined the Bulls in 1995 and led them to three additional championships (1996, 1997, and 1998) as well as an NBA-record 72 regular-season wins in the 1995–96 NBA season. The most important numbers of bulls history 10 33 $ 4 Chicago Bulls History of the Six Rings 23 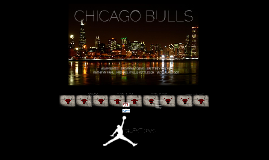 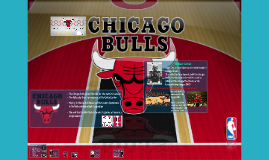 Transcript: Michael Jordan is the greatest basketball player of all time. Jordan joined the NBA's Chicago Bulls in 1984. His leaping ability, illustrated by performing slam dunks from the free throw line in slam dunk contests, earned him the nicknames "Air Jordan" and "His Airness". In 1991 , he won his first NBA championship with the Bulls, and followed that achievement with titles in 1992 and 1993 , securing a " three-peat ". HOME His brother 's jersey number is 45 so he divided 45 by 2. This is the origin of number 23 Born : October 4, 1988 (age 25) Chicago, Illinois Listed height: 1.91 m Listed weight: 86 kg The arena is the largest in the United States in physical size. the only team in NBA history to win 70 games or more in a single season. AWAY United Center About Michael Jordan..... The Chicago Bulls joined the NBA for the 1966-67 season. The Bulls play their home games at the United Center Benny the Bull is the main mascot of the Chicago Bulls. Benny is one of the oldest and most well known mascots in all of professional sports. Chicago Bulls Hight : 198cm Position : shooting德ㄈguard reward: NBA Rookie of the Year 1984–85 NBA Defensive Player of the Year 1987–88 2x Olympic gold medals – 1984, 1992 2x NBA Slam Dunk Contest champion 6x NBA champion 5x NBA MVP 6x NBA Finals MVP 3x NBA All-Star Game MVP 10x NBA scoring leaderㄣ得分 得分得分 Jordan is one of the most marketed sports figures in history. He has been a major spokesman for such brands as Nike , Coca-Cola ,McDonald ' s . In 2009, an NCAA investigation revealed that Rose's SAT scores had been invalidated, making him retroactively ineligible to play for Memphis. As a result, the NCAA vacated Memphis's entire 2007–08 season Derrick Rose Playing in the Central Division of the Eastern Conference in the National Basketball Association Michael Jordan United Center is an indoor sports arena located in Chicago, Illinois. The United Center is home to both the Chicago Bulls of the National Basketball Association (NBA) and the Chicago Blackhawks of the National Hockey League (NHL). He played for the University of Memphis Tigers and reached the NCAA national championship game in 2008. Shortly after, Rose declared for the 2008 NBA Draft and was selected first overall by the Chicago Bulls. In his first year of professional basketball, Rose was voted the Rookie of the Year and was selected to the All-Rookie Team. In his second season, Rose was selected as an NBA All-Star for the 2010 NBA All-Star Game; he was also named a starter for the U.S. team at the 2010 FIBA World Championships. In 2011, he received the NBA Most Valuable Player Award, becoming the youngest player ever to win this award (age 22). He also joined Michael Jordan as the only Chicago Bulls to ever win the honor of NBA MVP. 5"10 start Jordan's jersey number 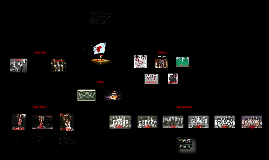 Transcript: The Bulls was the 3rd NBA team in Chicago. Founded by Dick Klein he was the first owner to proffesionally play basketball The season of 1966-67,they had the best record in NBA history. Bulls home court was the International Amphitheatre and later moved to the Chicago Stadium. Bulls had qualified for there first playoffs in the second season of the team. After Micheal Jordan came to the team, the bulls won every championship from 1990 to 1998. They have made it to playoffs and finals since, but they havent won a championship since '98 Ownership Uniforms Venues Iconic Players born February 17,1963 from Brooklyn,New York played baseball,basketball, and football as a kid 5'11'' his sophomore year earned a scholarship for University of North Carolina he left college a year before graduation to go to the 1984 NBA draft drafted to Bulls 2nd person to score 3,000 points first player in NBA history to have 200 steals and 100 blocks in a season won MVP and Defensive Player of the Year during the season of 87-88 retired to play the minor league with White Sox present for all Chicago Bulls Championships born September 25 1965 from Hamburg, Arkansas went to University of Central Arkansas 6'8'' in college went to the 1987 NBA draft and was 5th pick for the Seattle Supersonics and was traded to the Bulls elected NBA Allstar in 1990 when Jordan retired the first time,he became MVP and led the team scoring, assists, and blocks, and the entire league in steals born October 4 1988 from Chicago, Illinois won two state championships in high school went to the University of Memphis entered into the 2008 NBA draft selected first overall by Chicago voted Rookie of the Year his first season along with All Rookie Team leads the Bulls to the Playoffs each year recieved MVP in 2011 Championships owned since 1985 he also owns the Chicago White Sox saint patricks day uniform 1997 1998 first uniform Derrick Rose home uniform 1996 1991 Dick Klein 1993 Michael Jordan 1992 Jerry Reinsdorf Scottie Pippen away uniform founder