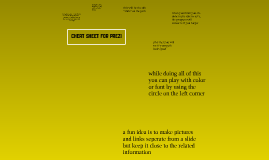 Transcript: cheat sheet for prezI being that actual slides do not exist in this program you will simply pick another spot on the screen where you would like to type your path can be your choice and can be edited as you go this will be the 4th "slide" on the path when you think you are done make sure to save, the program will autosave if you forget after that you will see if your path looks good while doing all of this you can play with color or font by using the circle on the left corner a fun idea is to make pictures and links seperate from a slide but keep it close to the related information 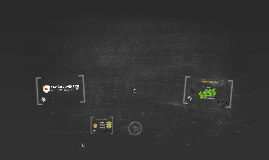 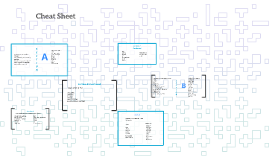 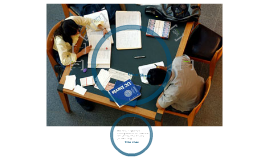 Transcript: What is a study guide? A study guide is a tool that is used to reinforce and increase your comprehension of information, in preparation for an assessment of your grasp of that knowledge. Students, teachers and those training for a new career field are often faced with the task of creating study guides. Please define the following terms: *Primary Source *Secondary Source Do Now: Diagrams Time Lines These involve main idea boxes, connected according to relevance (chronological or otherwise), with branches of associated material stemming from the main ideas. This study guide method provides a good visual of how subject material fits together to make a whole concept. Topic: Creating a Study Guide Comparison Charts List supporting information and related facts pertaining to the main concepts to be included in your study guide. When it is necessary to compare and contrast a related group of ideas. For example, a comparison chart on different plant species would list plant names, side by side, then list the plants' kingdom, family and genus in coinciding columns underneath. Mini-Lesson This includes textbooks, class lecture notes, assignments and any study materials that were provided to you. Cheat Sheet Concept Maps H.W. Research and compile at least two primary source documents on your topic 1. Condense all of the study materials into manageable sections. 2. Identify, explain and demonstrate relationships between ideas and concepts. 3. Create practical examples that apply the material to real life situations. Goals of a Study Guide: Aim: What are the elements of a study guide? Identify the main concepts you need to include in your study guide. These can be found in the study materials you compiled. A study guide diagram is ideal for visually representing processes or procedures that take place by way of a series of defined steps. These start with a main concept and are organized from left to right in a way that highlights important key factors in order of how they happen. Good for outlining a series of chronological events, time lines are most often used for subjects like history, politics and biology. Choose a Study Guide Format Take into consideration the subject being studied and how the subject material can best be organized, the comprehension level of the intended audience and the learning style of the intended audience. Wednesday, December 12, 2012 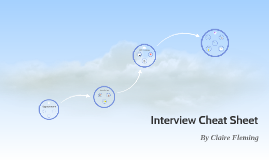 Transcript: Handshake Talk about your best traits that make you stand out, for example... -ethusiasm -intelligence -confidence -passion Thank You Note Posture By Claire Fleming Fidgiting Interview Questions Appendages Body Language Hygiene Strengths and Weaknessess... -choose a weakness that makes you seem willing to work for company -makes sure your strenghts cater to company -do not say that you work too hard for your weakness! Eye-Contact -DO NOT FIDGIT!!!! -do not mess woth hair -do not bounce feet -do not crack knuckles -sit up straight -lean forward towards speaker -stay still -do not say 'like' or 'um' -do not be creepy -stay on topic -stay positive -relate to them -kept out of face -put up if long -not too much product -simple; don't draw attention to your hair -clean looking (brushed) Why you Shine!! -do not stare -don't have bug eyes -semi-formal -closed toed shoes -nylons for girls -no short skirts or low-cut tops -tucked in shirt for boys Attitude -firm -introduce yourself -smile -maintain eye-contact -wear deodorant -do not wear perfume -shower before -brush teeth -clip nails if long -keep hands in lap -don't cross legs -do not sprad legs -keep feet on the ground -if you talk with your hands, do not make your movements overzealous Introduction Hair Clothing CONTINIUED -be polite -smile -act like you're intrested in what they're saying -don't frown -use respectful words and tones Tell me a story about yourself... -make it poitive -not too long -show your talents -don't brag Appearance Common Issues to Avoid What is one mistake you have made? -make it positive -make it seem like you are not a bad person Interview Cheat Sheet Why should we hire you... -tell them your unique strengths -tell them why you're better than 'your average bear' 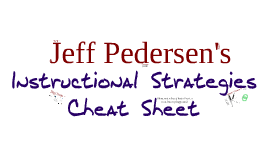 Transcript: All of the following ideas originated from Digital Humanities, or spun off from DigHum. The following examples are random. Wallwisher is a great option for sharing thoughts and ideas, but has been known to be glitchy. Twitter can be fun if you have student's create historical tweets, but real strength is getting student to put ideas into own words, as in US Constitution activity. Ipods are part of their everyday life and they love to just hold them as during lobbying activity. And for any videos and video sharing YouTube is a great storage place. Especially when using screencasting tools like Jing. Here are just a few examples of some graphic organizers, visual ways for students to prepare for exams, quizzes, etc.... Of the examples listed here, KWL is the only one I have not used in class, but would like to. Concept Mastery Frame Routine Unit & Course Organizer These were developed by the University of Kansas. I have used both the FRAMES and CONCEPT to great effect in the class. And using a Prezi have introduced students to Unit and Course Organizers. I would like to get to the point where students populate those Prezis themselves. Perhaps one of the simpliest graphic organizers, where students focus on compare/contrast. Using this in conjunction with SmartPals is a great way for students to 'practice' compare/contrast. There are also a number of variations including the Tri-Venn, which has been used to great effect with World Relgions. Edmodo (used) Bloust (Gallion) Blackboard (Kavanaugh) PBWorks (Kajder) Moodle (Wife) SCIM-C Biographical Sketches Museum of Me 6 Word Memoir ADDENDUM 1+2+4=7 Virtual Learning Environments DBQ KWL The real advantage in using Google Docs is the ability to share and collobarate. Great way for students to type papers and share with partners as well as teachers. An alternative which I love, but is more difficult to use is iEtherPad.com. This site was especially fun for its ability to real-time share, as I did with the Social Contract exercise. ISLAM Two more for Olympics symbol Visual Discovery While Diigo is primarily a social bookmarking site, it has some applications in researching. Think back to Media Project! Combined with Evernote, a note-taking and organizational tool, these two tools can be used effective to manage the classroom but also as tools students can use to augment their own learning. The real advantage to these tools comes when students all have computer access. Places where students can access information about assignments, including due dates. Parents and students can see grades. Teacher may communicate with students and aprents. Another relative simple organizer. Learned about it from Comp & Content. Kajder suggested screencasting may be a tech-way to employ a KWL. KNOW Great way to model classroom discussions and expectations. This can be especially effective with a Fishbowl Discussion (graded or otherwise). Here there are really TWO options: Discussion An interesting twist on this would be using tradebooks, including graphic novels as primary sources. Something to explore further. Ran across this online and loved it. Used it to great effect. Some from English cohort have also used. What do students want to learn? Prezi is a non-linear web-based option for alternatives to Powerpoint. The real advantage though is its versatility. I could be adapted for graphic organizers, project platforms, timelines and many other options. This "cheat sheet" is just one example. Related to this is another web-based option called Ahead, which I have yet to full play with but seems both more polished and also more time-intensive. I know very little about DBQs, except what I've gleaned from Brandon, but I find them to be interesting. This can be combined with other strats including Response Groups. These strats are taken from the TCI Approach book. While all of them are interesting and I may want to explore them later these are the ones I've either used or may use. Questions Graphic Organizers WANT TCI JUDAISM Digi Hum + Visual Discovery is more than just learning to read images, but seeks to draw students in. Whereas Skills Builder has more to do with the development of skills, especially those mentioned in the SOLs. Both of these can be done effectively using SmartBoards, making the activity far more interactive. LEARN Response Group I also like to refer to this as roleplay. This worked especially well for a lesson on lobbying. I've seen it done for Constitutional Conventions and plan to use for mock trials. Concept Overall Concept Not Key Words Characteristists Examples Practice Tie Down Definition I especially like this when you use the detective analogy. Historical Crimesolvers! Gallion used SmartPals in class. It allowed students to write over a sheet of paper. Not unlike a transperancy. Word clouds are phenomental ways for students to focus on vocabulary and key concepts or terms. There are two options: Wordle, which is your basic word cloud, and Tagxedo, which allows 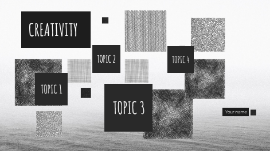 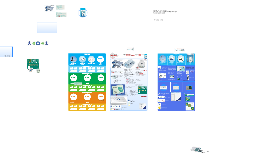