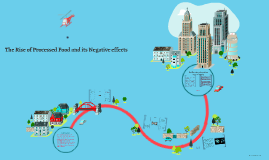 Transcript: Experiment: How This Contributes to Health Problems - In the 70's people became a lot more concerned with their health, and watching their weight this is what started companies to reduce and take out the fat in their food. - With out the fat the food tastes awful, so the companies started adding sugar to the food to make it hyper- palatable. - 80% of processed foods have added sugar. - Sugar is a chronic dose dependent liver toxin, in order to be healthy you can on eat a certain threshold of sugar. - Sugar also blocks the brain from feeling full - The American Heart Association's daily allowance for sugar is 6-9 tsp. - Processed starches: white bread, cereal, rice, potato products, are processed in your body the same way sugar is. Time it took to get cookies from store: 10 minutes Reason Behind It: "As the amount of time we spent cooking went down, obesity went up"- Micheal Pollen Total Cost of Homemade Cookies: $3.25 Misconceptions of Calories food that has been highly processed or that is full of artificial ingredients is typically cheaper than healthier foods because food companies make cheaper food less healthy, more people are more apt to buy unhealthy food this is why there is such a large connection between poverty and obesity Reason Behind It Ways of Knowing Science behind processed food design by Dóri Sirály for Prezi How has the consumerism of processed foods exacerbated the global health decline? Real World Connection: the rise in processed foods and their availability has correlated with the rise of obesity, type two diabetes, heart disease, and other negative health effects. Easy "Right now, they're rewarded for quantity, not quality... I am not against people making money. I am against people making money by poisoning other people."- Robert Lustig in an interview for Sugar Coated Cheap Language Intuition Faith Imagination food industry's priority is to make money, if they can make more product cheaper, than they will despite the damaging effects. After WW2 the food industry got really good at making processed foods for cheap for the soldiers over-seas. When the war ended they found a way to sell this type of food to Americans Our Experiment Reason: People use their reason daily, they have the logic to guide them in their choices. Choose which price is more reasonable, or what the consequences or their choice are going to be. They also need to have a reason to buy the product, the more interesting one for them. Sense of perception We are going to have you use your different senses to be able to accomplish our experiment. Compare both different kind of cookies, the home made ones and the artificial ones, and then we will be able to record the preference and the perception of the class. Emotion People have emotions everyday, and they can use it when we talk about food. We may eat food when we are sad, so people would tend to associate this emotion with chocolate or ice cream. Or for parties, when everyone is happy you tend to buy candies or snacks because it is between teenagers. When you cook dinner for your family you tend to choose really good products to make better food because they want to be careful. Memory Consumers tend to be too much influenced by process food that they even forget how to make their own food. Their brain is getting too used to this type of food that they will forget any other tastes. They will just think about this food the whole time and cannot stop eating eat because their brain says it is good but it is obviously not. This is called addiction. Language People use language to communicate their feelings and ideas about what they think of food. Also language is of course used to describe the process food on the products and by people. Intuition The ability to understand something immediately, without the need for conscious reasoning. People need to understand more about process food because they tend to not use their intuition in the good way. Faith It is the complete trust or confidence in someone or something. People trust themselves and make their own idea about something, they tend to not believe other people or other influences than the ones that they agree with or believe in. If they think process food is good then they will not change their routine, they will keep eating it. Imagination The faculty or action of forming new ideas, or images or concepts of external objects not present to the senses. People here, use their imagination and tend to think more more about what they imagine than the real facts. Our Experiment throughout ways of knowing The Rise of Processed Food and its Negative effects Quotes: Introduction the food industry continues to make money because they sell a service people reason that it is more efficient to work longer hours and pay professionals to cook their food rather than to to attempt to cook it for themselves Organic Food It used to be that when we made bread, we had to grow the wheat, pick the wheat, collect the eggs, fetch the water, 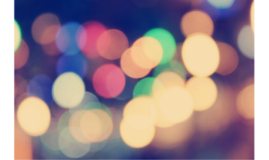 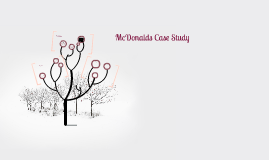 Transcript: Comparison Their promotion phase in which they produced a new burger every week, and the burger was only a limited offer. For example, the japanese, the mexican or the arabian. Also, some franchises contain meals that are not available outside a certain country. (e.g. the McArabia is not available in America.) McDonald's kids meal is unique due to their delicious chicken and fries. However, they are also different due to the toys they offer with them, which are renewed either when a new movie comes out, or just changed at random to a cartoon collectible. 10-28 dhs range for all meals. Only 3 dhs extra to go 'upsize'. Other fast food restaurants are much more expensive. For example, subway a six-inch sandwich with a meal of about 25-32 dhs, and a Burger King burger meal is about 25 dhs plus. However KFC is quite affordable. McDonalds Case Study Advertisements Affordable Meals Promotions Detail 3 Breakfast 1 dirham ice cream (its 99p in the uk) 6 Dirham Mcflurry (kitkat/oreo) Sundaes for 5 dhs (not as popular). McDonalds introduced their breakfast promotions last year, and was extensively advertised on radios, meaning it started as a hit. However some people were dissapointed due to the strict time frame. Detail 1 Prices Detail 2 Ice Cream ! Most their adverts are aimed at families 'Culture' Phase Kids Meal 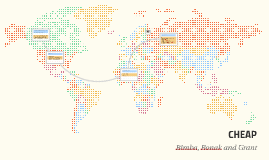 Transcript: Roll a... 2. What would be the first thing you would buy with a million dollars? 3. Choose how you would like to die. 4. Do you like Justin Beiber? 5. What is your guilty pleasure? 6. Would you like to hear a Jayden Smith quote? 7. What is your hardest class? 8. What purchase do you regret the most? 9. What is your favorite memory from the place you are from? 10. What is your favorite non-alcholic beverage...or alcholic...we don't care? 11. What was the moment you realized you became an adult? 12. What is your favorite YouTube video? Carolina Hunger Education and Activism Project Bimba, Ronak and Grant September - Hunger in Policy October - Hunger Demographics November - Global Issues Spoontember S Rebuilding year Monthly Themes (Focus on Education) Individual Projects (Focus on Members) Integration (Focus on Collaboration) ICE BREAKER! CHEAP The Carolina Hunger Education and Activism Project (C.H.E.A.P.) is committed to combating both local and global hunger by engaging students in education, activism and awareness 21 Questions minus 10... ... so 11 Questions Events Questions This Month's Theme Changes... Hunger in Policy How is hunger being addressed in policy? What issues are not being addressed in current policy? What organizations are involved? Upcoming Monthly Themes