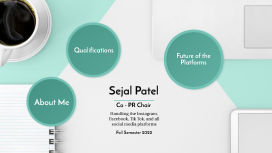 Transcript: Sejal Patel Co - PR Chair Handling the Instagram, Facebook, Tik Tok, and all social media platforms Fall Semester 2022 About Me About Me 01. I'm a good team member and I'm easy to communicate with I stay on top of my own social media platforms. 02. 03. As someone who is a former AP 2D Studio Art and Design student, I have a grasp on what compositionally works for layouts, photo angles, and color schemes. Why Me? I am the Co - PR Chair for 2022 Spring Semester. My responses are quick for anyone who contacts me. I have made layouts for stories and posts before. I have learned so much for this position this semester. Qualifications My Work Some Examples of My Work As Co PR Chair What I Have Planned Going Forward Future of the Platforms Tik Tok page Big/Little Tik Tok For those interested trending dances Recruitment Tik Toks "Are you new here?" Service Sunday Highlighting "Gym Buddies" and "Study Buddies" Working with the future Recruitment Chair and Membership Director to help spread reach more potential new members. 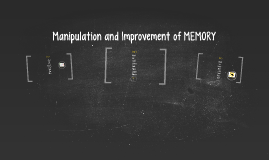 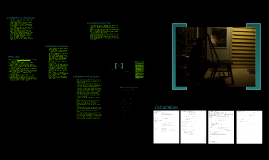 Transcript: The model discussed is a wooden chair being pushed along concrete. Because it is pushed, it will move a set distance, along with a displacement that is equal to the total distance that the object moved. As would be expected, the object’s movement was linear, with no rotation involved. Based on the time it took the object to go from a stopped position to a position where it stopped again, the average speed of the object was not very high. The velocity, being the same as the speed with direction, remained constant in terms of the direction because the object moved in a linear fashion. The acceleration of the object could be shown in a bell curve because the object gained speed at first, which would mean it was accelerating. It then reached its peak speed and began decelerating at a non-constant rate, giving the curve a bell-like shape. Also worth noting is the fact that the velocity is also not constant. If it were than the acceleration would be zero. Since this is not the case, it is only possible to take an average measure of the velocity of the chair to get an idea of how fast it was moving in the short interval of time which it was recorded. Energy is required to talk about in this example because it is integral in order to understand how the other components of the project work. The two types of energy, potential and kinetic, both seem to impact how far the object moved and why it moved as far as it did. In terms of relationships, kinetic energy shares a direct relationship with the amount of work done and therefore the amount of force exerted as well as the distance which the object moved and even its velocity. “Potential energy is that energy which an object has because of its position” (Helmenstine). Therefore, when the chair was not in motion, it had potential energy because of the fact that it had the capacity to do work. In other words, it was energy that had the potential or capability of transforming into kinetic energy at any time. On the other hand, “Kinetic energy is a form of energy that represents the energy of motion” (Jones). Because the chair was in motion, it had kinetic energy. The kinetic energy in this case is important because it can be used to calculate the total amount of work done at the time by comparing the amount of kinetic energy at the start with the kinetic energy at the end of motion. When the kinetic energy is used in this case, it is a measure of energy that is used to move the chair along the concrete, proportional to the amount of force exerted on the chair. Therefore, one can say that the reason the chair is even moving is because of kinetic energy itself. Both forces and friction play a big role in this example of physics in action. First of all, there are four forces acting on the object in the time interval. In reality however, there are only two, just acting in opposite direction. The force acting on the object in the horizontal, or x direction if it is preferable to make the example synonymous with 2-dimensional motion, is kinetic force, also known as applied force. The force that acts in an opposite direction, is frictional force, which prevents the object from flying off endlessly in the horizontal direction. Gravity also plays on friction, by keeping the object on the ground. Because the object stays on the ground, normal force, the fourth force in this equation, is the force that acts opposite of gravity. It is also essential in calculating friction. Normal force, like friction, “…is the support force exerted upon an object that is in contact with another stable object” (Force). Specifically, friction is one of the most important factors in this lab in regards to the overall motion of the object. The coefficient of friction between two surfaces tells how much friction a surface will have if an object is moving along it, gauging how much opposition to movement there will be on the object. Therefore, the greater the coefficient of friction, the less distance it will travel. Granted the other 3 forces are still important in this instance, friction is the main determinant regarding distance and displacement. The reason that the opposing forces such as friction and normal force exist is due to Newton’s Third Law. This states that “For every action, there is an equal and opposite reaction” (Newton’s). In the case of the chair, there is force applied to the chair to make it in the direction that the force is applied. In this case, the equal reaction would be the chair moving away from the applied force. The opposite reaction would be the same force applied acting back on the applicant of said force. The reason that the applicant of force does not move backward as a result of applying force is due to friction. Friction keeps the applicant in place, so they do not move, nullifying the opposite reaction. Despite this fact, the opposite reaction is considered occurred. As stated in Newton’s Second Law of Motion, “Force is equal to the change in momentum (mV) per change 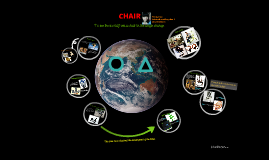 Transcript: Chair and life Mysterious luxury Egyptian chair 13 century BC pottery appeared To see the world culture Wangwenxu Industrial modeling class 2 201205050215 f China Wind chairs, on behalf of the Chinese traditional culture cultural heritage stone should be the most original chair Fairy tale of the glass A small chair can be seen on the world culture The great European style chair photo credit Nasa / Goddard Space Flight Center / Reto Stöckli In 19 Century the British industrial Rvolution brought the world iron Asia is mostly the chair CHAIR so beautiful The appearance of iron and steel in primitive time people used wood chair Synthetic material A chair's origins Wooden chair gradually evolve The chair has witnessed the development of the times on 21 century the great works plastic It has changed our life The emergence of pottery To see the world from a chair in the angle change 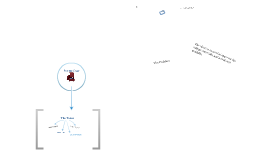 Transcript: Add shelves to chair The Proposition The Design Sketch One So we decided to make use of his office chair and add compartments of storage onto it. Jacob Kirschman The Problem Parker Lambert http://www.janubaba.com/forum.aspx?vt=topic&t=34389 Add a drink compartment That will store all necessary objects, with extra space, also providing a comfortable and organized work enviroment http://www.solidsmack.com/fabrication/a-pen-is-just-one-thing-it-can-hold-the-shapeways-icff-winner/ Constraints and Paramters: Cost = Affordable to at least average customers Size = Average office chair Storage= Ability to store textbooks, pencils, pens, papers and ect. Aiming towardsa compact chair. Research Results Sketch 2 http://www.colonialmedical.com/product.php?productid=21111 The client is in need of space for his college materials, and a desk isn't available. Derick England Our Plan Adding a space for pencils and pens Storage Chair The Team Needs: Fits in knee area James Tran