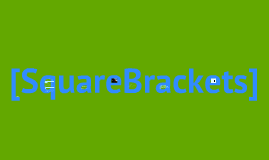 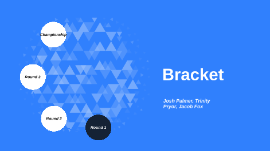 Transcript: Bracket Josh Palmer, Trinity Pryor, Jacob Fox Round 1 Round 1 Round 1 Game 1 Round 1 Game 2 Round 1 Game 3 Round 1 Game 8 Round 1 Game 7 Round 1 Game 4 Round 1 Game 5 Round 1 Game 6 Winner: Otto Von Bismarck Reason: The reason that I picked Otto Von Bismarck won this one is because, first of all, Hitler was a awful ruler. For example, the Holocaust, around 6 million jews were killed during this time. Another reason is that Otto Von Bismarck unified the german states into a powerful german empire. Adolf Hitler vs. Otto Von Bismarck Winner: Mao Zedong Reason: The reason that I did not choose Louis XIV was because he just implemented reforms, and it improved commerce and trade. Of course he did do more, but Zedong did many more empowering things. Such as uplifting the status in women, promoting education, raised life expectancy. He established the people’s republic of China, and helping it. He cared for his people, and that’s why he won. Louis XIV vs. Mao Zedong Winner: Nelson Mandela Reason: The reason that I picked Nelson Mandela over Vladimir Lenin is because for one Nelson became the national president of the ANC Youth League in 1950. Another reason is he co-founded the first black legal partnership in South Africa. The last reason is that He had a powerful presence and disarmed enemies with his smile. Nelson Mandela vs. Vladimir Lenin Winner: Mohandas Gandhi Reason: The reason that I picked Mohandas Gandhi is because although George Washington was a great leader and President, Gandhi was a little bit better in my opinion because he did many things such as winning the noble peace prize, fought against racial discrimination in South Africa. He also fought against social evils in society like uncountably. Mohandas Gandhi vs. George Washington Winner: Julius Caesar Reason: The reason I did not choose Genghis Khan is because although he did establish freedom religion, banned torture, outlawed slavery, and more. Caesar had led Rome in their war against the native tribes of Gaul. He proved his power in Rome, such as being the most greatest military commander in history. Genghis Khan vs. Julius Caesar Winner: Napoleon Bonaparte Reason: The reason I chose Napoleon Bonaparte over Alexander the great is because he had led the French to victory in the italian Campaign against the first Coalition. Another reason includes how he demonstrates exceptional military skills during the Siege of Toulon. He also won the battle of 13 Vendémiaire to end the threat to the Revolutionary Government. Napoleon Bonaparte vs. Alexander the Great Winner: Franklin D. Roosevelt Reason: The reason I chose Franklin D. Roosevelt over Winston Churchill is because he dramatically expanded the system of national parks and national forests. He also instituted major regulatory reforms related to finance, communications, labor, and had presided over the end of prohibition. He had served for being president the longest, and during his time of presidency the US social security system had been created. Franklin Delano Roosevelt vs. Winston Churchill Winner: Martin Luther Reason: The reason I did not choose Justinian is because although he unified law in order to organize the empire, and many more. I chose Martin Luther because he had made writings, and these writings had been responsible for fractionalizing the Catholic Church and sparking the Protestant Reformation. Another reason is that he translated the Bible from Hebrew/ancient greek to German language, in which, made the scriptures more accessible to the common men. Justinian vs. Martin Luther Round 2 Round 2 Round 2 Game 1 Winner: Mao Zedong Reason: The reason why I chose Mao Zedong over Otto Von Bismarck is because Zedong did inspiring things. As for leading his people on a long march, which took over four thousand miles to keep the Communist movement alive. He also led an event known as the Cultural Revolution, and he had compelled the people to believe that they had a right to revolt. Otto Von Bismarck vs. Mao Zedong Winner: Mohandas Gandhi Reason: The reason I did not choose Nelson Mandela is because of course, he did do many inspiring things like ending apartheid, he co-founded the first black legal partnership in South Africa, and many more. But Mohandas Gandhi, in my opinion, did more greater things. Such as fighting against racial discrimination in South Africa. Another is his Satyagraha campaign in South Africa, leading it to the 1914 Indian relief act. Nelson Mandela vs. Mohandas Gandhi Round 2 Game 2 Winner: Julius Caesar Reason: I chose Julius Caesar to win because I think he proved himself well. After all, I mean he is the most powerful man in the Roman republic. Though he got assassinated, he proved his worth of being one the greatest military commanders in history. Not only that though, he also led a war against the Native tribes, proving his hard work for his military skills. Julius Caesar vs. Napoleon Bonaparte Round 2 Game 3 Winner: Franklin D. Roosevelt Reason: I chose Round 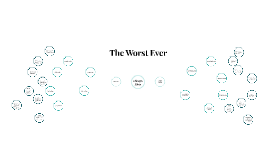 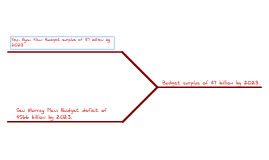 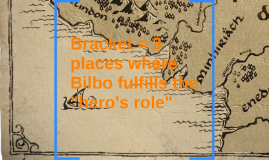