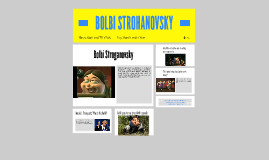 Transcript: Bolbi Stroganovsky, local resident is running for president in 2016, A lot of people are saying "He wont make it past Maine." We tried to reach Bolbi for a comment but we could not reach him because he was "Slap slap slap clap clap clapping" through the town "He is going to slap slap slap his way to victory" Ignishka Bolbi's sister says "Oh yeah he is gonna win the election totally" But we all know he isnt going to win Donald Trump is wondering who Bolbi is, he says "We must build a wall around Russia to keep Other Bolbis out" Bolbi could not be reached for comment. $1.25 Bolbi goes to zoo, gives birth to pando It is only once one gives birth to a panda that one learns to truly slapslapslap clapclapclap Bolbi Writes love letter ends up setting entire house on fire Day,Month and A Year Bolbi Stroganovsky Donald J. Trump asks "Who is this Bolbi? News, Stuff and THANGS BOLBI STROHANOVSKY 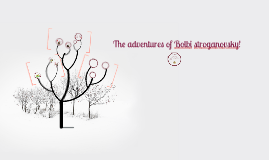 Transcript: The next week was tme for elections and Bolbi was nervous. He filled out his presidential application he had to be a certain age and had certain requirements. After Bolbi filled it out he turned it into his teacher. The next day the teacher counted the votes and announced the winner " The numbers were close but this years class president is Bolbi" yeah the class chered " Bolbi Bolbi Bolbi!!!!!!" Another requirement is that you have to have been attending that school for at least a year. Just like the president has to be a citizen of his country for 4 years. The same rule applies for the Senator, vice president, and the house of representatives. The adventures of Bolbi stroganovsky! Bolbi kept his promise. The school did the "clap clap clap, slap slap slap" song. It gave the school a moment to get their energy out and remember the great Bolbi Stroganovsky! Detail 3 (Inspired by the Jimmy Neutron trilogy) Chapter 2 Ever since Bolbi was child he wanted to be number 1, He always had to get the best grade in class. But the most important event of the school year was when they chose the class president. Bolbi had one idea right off the bat. To do the "Clap Clap Clap, Slap Slap Slap" song every day. But the other students had to agree with this. Just like how the legislative, judicial, and executive braches had to approve of each others laws. Bolbi was worried that no one would approve of the law. But he wasnt worried about the song, everyone would love it. !WARNING! The following is based on a true story, only the events, plot, characters, and story has been altered. The next day bolbi thought about his tough job as president he knew that he had to come up with some new rules for the school, just like the Bill of Rights did for the United States of America. So Bolbi thought. . . . Detail 1 Detail 2 Chapter 1 Bolbi was interested from day one. He had to know some requirements to become class president. For example you have to be at least 10 years old to be president. Just like in real life how the president, the vice president, senator, and house of representatives have to be a certain age.