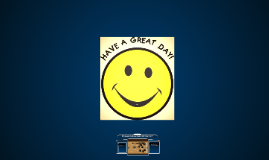 Transcript: To coordinate a new event, or to promote and refine an existing event/program using any facility or resource available to the City This clinic is designed as an easy & fun learning experience for beginning level players and a more challenging experience for advanced level players. T-shirt Competition & Games Emphasis on teaching fundamentals Local players and coaches as instructors Each athlete must supply their own basketball. A limited number of basketballs will be available to those who do not have one. Athletes are encouraged to bring water. Water, Gatorade & snacks will be available for sale at concession. There is access to a water fountain at Civic Center Details A new and improved co-ed basketball clinic for grades 1 through 8 of all skill levels and abilities. Designed to enhance our already established basketball programs. Advertising through: social media, newspapers, website, channel 97, flyers. My Idea Clinic Features: Created by: Registration Itinerary for the athletes Promoting The Game Plan Brainstorm event and present idea to Department Head Establish requirements and finalized details Promote on social media and open registration Schedule meeting with event staff Execute event Join us for a weekend of basketball fun! Details Date: Saturday & Sunday Time: 9:00 AM - 12:00 PM Cost: $40.00 per athlete The Focus Game Over! The Task OC Hoops Weekend Basketball Clinic 2017 Location: Register Online: Need More Information? The Process 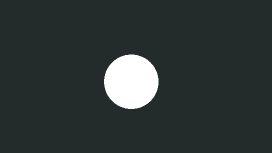 Transcript: The History of Basketball By Boubacar Dime Fun Facts Initial Creation Rise of Basketball The original creator of the game of basketball was James Naismith, a sports coach who was looking for an indoor alternative to football and baseball when creating this new sport. When setting up the basketball hoops, Naismith hung the peach baskets on the railing of the running track which happened to be 10 feet, which is where the height originated from. Additions to the Game Fun Facts Basketball is most popular in the United States, with the Philippines coming in second place. Basketball has a crazy amount of variations unofficially such as 1v1s, 3v3s, half-court games, etc but currently the only variation the NBA supports is classic 5v5. The free throw was first introduced as compensation for fouls during a game and it used to be a 20-foot shot which was later altered to 15 feet. That greatly deincentivized fouling during a game. The NCAA had banned dunking because they ruled it to be an unskillful shot and they also included injury concerns in their reasoning. One very interesting fact is that in the early days of basketball dribbling wasn't even allowed. The Rise of Basketball The first pro league ever formed in basketball was called the "National Basketball League" which was formed in 1898 to protect players from exploitation and overly rough games. Eventually in 1949, the NBL and the BAA both merged to form the NBA which took off exponentially quick. Basketball first introduced to the Olympics program in 1936 and the United States has the most gold medals. Ever since its creation basketball was a very quick success due to the versatility of the game as well as the entertainment appeal. Women had started playing basketball only a year after it was invented, but it has evolved for the drastically since 1892. The first official women's league, WNBA, was created in 1996 while the NBA was created in 1946. Additions to Basketball Basketball has not always been what we've known it to be. In early basketball 3 point shots weren't even a thing. It was first officially adopted in 1979 by the NBA, and Chris Ford was the first to even successfully make a shot. The 3-pointer was so successful because it led to a more entertaining game to watch and play. The 24 second shot-clock was also made to make the game more entertaining, and it's what led to the fast paced action that we see in basketball. One of the first notable player to heavily influence basketball was Wilt Chamberlain, as the NBA had to create new rules just to adjust to the things he introduced.