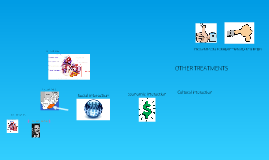 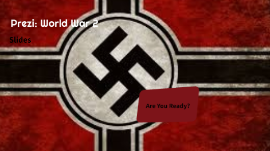 Transcript: Prezi: World War 2 Slides Are You Ready? World War 2 Germany as the principal enemy. He just invaded half of Europe and killed a lot of people! Allies And Enemies As enemies: As Allies: Germany USA Italy USSR Greece France Japan England Adolf Hitler started a new government, knew as NAZI movement. The original idea gas to encroach all the world, leaving alive only Aryan race. He started separating Judes from Germans in special neighborhoods. Then, Hitler thought to start encroach all Europe, and he started with Poland. The 1st of September of 1939, German troops entered to Poland territory, and WW 2 started How it started 6 Years Of Terror After taking Poland, Germany moved to Czechoslovakia, and then to Romania, Burma and Denmark. The USSR sign a non-attack trait with Germany in 1940. The same year, France and England was waiting for Germany in a defensive line to beat him, but Hitler arrives in the non-protected Forest of Dearness. France give up soon, and the Germany attack Libya and the North of Africa, and Norway in the north of France. Meanwhile, USSR attack the other half of Poland, and try to attack Finland, but he fails. Italy and Japan get together with Germany, and Italy tries to attack Greece and Egypt, but he needed to ask for help to Germany, and that retards the Blitzkrieg (Thunder war), fought in the east of Europe. In England, Germans tried to attack, but Winston Churchill send the Air Force RAF to fight with Germany Air Force Luftwaffe. In Asia, Japan toke hole China and Indonesia, stopping Japan-USA fuel travel, so, in 1941, Japan attacked Pearl Harbor, in Hawaii. Germany lost the battle with England, so he moved to the west, cracking the USSR trait and taking the borders of Russia. USA declares war to Japan, and Germany to USA. USA and England take back France and Libya, and scared, Italy decides to change to allies, so Hitler arrested Mussolini. Italy starts a rebel movement and liberated Greece and Rome. Roosevelt write Infamy Speech and attack Midway, in Japan. Germany, exasperated, tried to take Moscow, but the winter makes him walk back. USA, England and France take the rest of Europe, leaving Germany and his half of Poland, and Germany tried to encroach Stalingrad, but he loosed and USSR started to encroach the West of Germany. Finally, USA toke Dresden and half of Germany, and USSR arrived to Berlin in 1945. They take it and Hitler take suicide. WW 2 in Europe ended, and USA launched two atomic bombs to Japan, defeating him and finishing WW 2. Poland Invasion, 1939 Czechoslovakia, 1939 Romania Invasion, 1941 France Invasion, 1940 Libya Invasion, 1940 England Battle, 1940 Greece Invasion, 1941 Pearl Harbor Attack, 1941 Dunkirk Battle, 1940 Barbarossa Operation, 1941 Midway Battle, 1942 Kursk Battle, 1943 Stalingrad Battle, 1943 Dearness Battle, 1944 Rome liberation, 1944 Okinawa Battle, 1945 Berlin Battle, 1945 Dresden Bombard, 1945 Hiroshima, 1945 Nagasaki, 1945 Battles There was a lot of leaders for every country. Continue to know them Country leaders Topic Topic 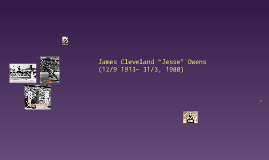 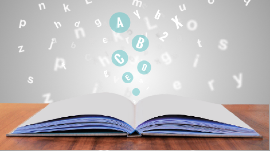 Transcript: m 1 2 p b Y g X F Class of 2017 César Chávez E Add more content here D Life is an Open Book.. Ready to Turn the Next Page? C A Perfect Template for Various Topics: A Perfect Template for Various Topics: B "There is no friend as loyal as a book." - Ernest Hemingway "So many books, so little time." - Frank Zappa "Don't read books. Make prezis!" - Author A Thank you!