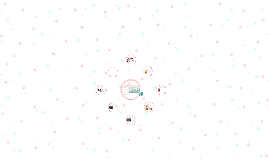 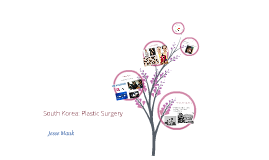 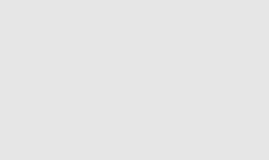 Transcript: Relative Location: South Korea is in the northern and eastern hemisphere on the southern area of the Korean peninsula. Movement Absolute Location: 35.9078° N, 127.7669° E Regions Adapt: The weather in South Korea tends to be on the cool side, so the Koreans have adapted by wearing light clothes in the summer while worm clothes in the winter. Human Characteristics: SM Building in Seoul, and Taechong Dam located on the Kum River. Place Physical Characteristics: Han River, T'aebaek and Sobaek mountains, and the extinct volcano, Mount Halla located on Jeju Island. BTS Human Environment Interaction South Korea https://www.britannica.com/place/South-Korea Bangtan Sonyeondan Movement http://mrskmcarthur.edublogs.org/2016/10/20/south-korea-human-environment-interaction-4/ Trade: South Korea's exports include electronic equipment, vehicles, machinery, mineral fuels, plastics and organic chemicals. As well as food. Location Communication: The national language of South Korea is Korean though often in schools they teach a variety of languages such as English and Japanese. Han River and Banghwa bridge Place Bulletproof Boy Scouts Depend: Farmers in South Korea grow a lot of food including millet, corn, sorghum, buckwheat, soybeans, and potatoes, pears, grapes, mandarin oranges, apples, peaches, Welsh onions, Chinese cabbage, red peppers, persimmons, cabbage, peaches, radishes etc. Spread of Ideas: The spread of ideas from one place to another in South Korea. Movement in South Korea is very fast pace and efficient. Human/Environment Interaction Transportation: Many Koreans get around the cities by car, bus, train, subway, taxi etc. Movement Regions in South Korea are split up into provinces. Movement Works Cited Modify: Many places in South Korea have been modified to fit the beliefs and religious values of the people, for instance many places have been changed to fit in religious and structural monuments from the past such as the Gatbawi located in North Gyeongsang. Human/Environment Interaction 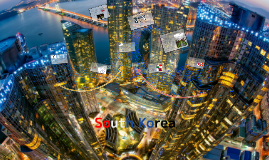 Transcript: Exports South Korea South Korea's culture has been massively influenced by both The United States and China. This creates a demand for products that many Americans and Chinese would want. Around 98% of South Koreans have cell phones. South Korea's massive emphasis on tech has made for a massive demand for electronics South Korea has a mixed, market economy, based on supply and demand of the products bought and sold. South Korea is a Constitutional Republic Capital: Seoul Population: 50 Million Currency: South Korean Won South Korea has one of the lowest unemployment rates in the world at 3.5%, up from 3.1% in 2013, and is projected to drop to 3.3% by 2020. Unemployment Imports Culture & Economy South Korea continues to be a major power in the world economy, and is partnered with the two largest economies, The United States and China. South Korea has massively proffited from the 21st Century tech boom. South Korea is expected to grow substantially in the future. South Korea has a rapidly growing economy, growing at its fastest pace in 5 years this year. 3.3% South Korea's debt is 1/3 of its GDP GDP: $1.305 Trillion GDP per Capita is $33,200 PPP: $1.849 Trillion Inflation rate 1.1% Economic outlook Role in the world & Future Expectations Background Economic problems Top origins of imports are China, The US, Japan, Saudi Arabia, and Qatar Imports ($494 B) Crude Petroleum ($92 B) Petroleum Gas ($35.5 B) Integrated Cicruits ($27.2 B) Refined Petroleum ($26.8 B) Coal Briquettes ($11.6) China, The US, Japan, Singapore, Hong Kong are the main recipients of Korean Exports Exports ($571 B) Integrated Circuits ($56.1 B) Refined Petroleum ($47.9 B) Cars ($43.5 B) Ships ($22.5 B) LCDs ($22 B) South Korea has been fortunate enough to have experienced very little economic problems, and has thrived in the global economy. South Korea has recently had trouble due to the poor condition of their neighbor's, Japan, currency, the yen. 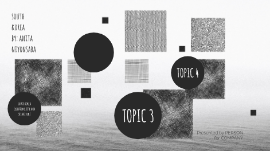 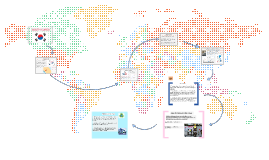 Transcript: Demographics Samgyeopsal (Korean Pork Belly) http://www.bbc.com/news/world-asia-35480271 Challenges and weaknesses. Ratio between men and women is 1:1. Variety of major industry such as agriculture, electronics, and media. South Korea's GDP is $1.410 trillion. One of the safest countries to live in due to no major natural disasters and low crime rate. http://www.telegraph.co.uk/news/worldnews/asia/southkorea/12075523/Comfort-women-statue-threatens-to-derail-Japan-South-Korea-accord.html Enviromental concerns such as air pollution and excessive amount of plastic usage. Highest suicide rate in the world. Low fertility rates. SOUTH KOREA South Korea in the news Solutions for challeges The location of South Korea is in East Asia. One historical fact about South Korea is seperating from North Korea and is an established modern nation since 1948. They are New Core because once they seperated from North Korea they establish their own economy which is strong to this day. Traditionally eaten with large groups of people as a evening meal. 2. South Korea is doing very well financially however, there is a decrease in population. What are some solutions that can combat this problem? 3. American armies are based near the border of North and South Korea. Do you think Korea needs America to be at the borders? Strength South Korea warns North against satellite launch. Background Current population: About 50 million people Ferility has dropped from 5.05 to 1.26 per women in about 65 years. 1. Do you think the reunification of South Korea and North Korea is possible? Why or why not? Questions 1. Recycle plastic and use less fossil fuels. They have lots of land to use for more enviromentally friendly energy such as solar panels and wind turbines. 2. Lower cost of hospitals and child care for soon to be mothers and future mothers. 3. Put less pressure on children and youths. The government should fund programs that help students with mental illnesses. 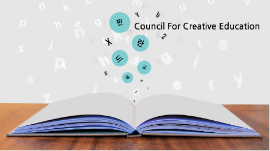 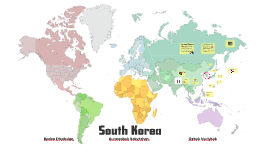 Transcript: Political stability score of 5.1 on the Political Stability Index which indicates a moderate risk but not high. In 2011 South Korea signed a free trade agreement with the United States which further enhanced the stability of the country. South Korea faces a constant threat of war from its neighboring hostile country: North Korea. Family is considered most important Ability to trace roots very far back in history Education is highly valued Mathematics, Science, and linguistics are extremely important and the most important subjects in school Hofstedes South Korea’s PDI score of 60 Individuality score of 18 Masculinity/Femininity score of 39 UAI score of 85 (One of the highest in the world) LTO score of 75 Culture Cont… Legal Environment Population of 49 million South Korea’s GDP is measured at 1.6 trillion The country is considered one of the four tigers Corruption score of 54 on the CPI, a substantial concern Labor Force of 25.18 million Agriculture: 6.4% Industry: 2.4% Services: 69.4% Unemployment rate of 3.8% Currency: The Won Exchange rate: $1 US Dollar = 1,089.60 won StarCraft Video Culture Overview of South Korea http://www.youtube.com/watch?v=vH9DPr0nuGk Economy Current Events “South Korean minister quits” The first woman president of South Korea, Park Guen-hye, is dealing with problems appointing people to her administration The nominations of no fewer than five presidential secretaries have been withdrawn without explanation. “South Korea says Chinese address was behind hacking attacks.” Concern has risen due to the discovery of a Chinese IP address that created a malicious code in a bank in South Korea that caused massive computer crashes. Political Stability Political System South Korea South Korea operates under a Republic government type with a Chief of State that heads the country Current Chief of State is PARK Guen-hye (pronounced joon-high) First female to take office in South Korean history Strong Military influences within political system due to the hostility of North Korea Three Branches of Government Executive Judicial Legislative Current Events Cont… Currency Crisis of 1997 Started in Thailand due to a collapse of the currency, the thai baht. This forced South Korea to take a bailout package from the IMF which resulted in big banks being closed and halted the industrial production of the country. In order to combat this, South Korea put in place financial reforms such as lowering interesting rates on imports and exports and relaxed their foreign investment polices. This aided South Korea in re-establishing its economy and elevated the country above other South East Asian countries. “Park Guen-Hye becomes South Korea’s first female president” In February of 2013 South Korea appointed the first female president in the history of the country. Ms. Park has huge responsibilities as the first female leader of the mostly male dominant country of Asia’s fourth-largest economy. “US, South Korea agree on response plan if North Korea attacks” On Friday, The U.S. and Korea signed a contingency plan that gives South Korea both U.S. support and the lead in responding to further and future North Korean provocations. Natural resources: Coal Tungsten Graphite Lead Hydropower Potential Religion Majority of no religion at 43.3% Christianity: 31.6% Buddist: 24.2% Welcome to South Korea Mixed Legal System combining European civil law, Anglo-American law, and Chinese classical thought. The rule of law is effective, and the judicial system is efficient Property Rights protection has a rank of 70.0 signaling sound protection Business Freedom score of 93.6 Labor Freedom score of 48.7 Monetary Freedom score of 77.9 Boden Erkebulan, Kurmanbek Bakytzhan, Ozbek Nurlybek Economy Cont… http://www.youtube.com/watch?v=9bZkp7q19f0#t=1m09s Questions...?