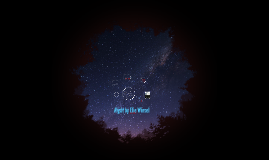 Transcript: Nonfiction: Types Kaddish Hasidism Death camps were camps dedicated to the efficient murder of Jews and other victims E.g. Auschwitz-Birkenau, Belzec, Chelmo, Madjanek, Sobibor,Treblinka The term was also used for concentration camps where thousands died of starvation and disease Rosh Hashana Lazarus Synagogue Talmud Temple Yellow Star Yom Kippur Zionism Ethnicity The Third Republic of Germany which began with Hitler's rule and ended with his defeat in 1945 The Gestapo were the official secret police of Nazi Germany and German-occupied Europe Organized to uncover and undermine political opposition Notorious for terrorism against enemies of the state The head of the SS Instrumental in the creation of concentration camps The Final Solution Heinrich Himmler Terms to Know Dachau The plan devised in 1941 to speed up the system of killing Jews and "undesirables." The previous method of shooting and burying the dead was too "costly and inefficient." This final method used a system of gas chambers and crematories to kill the Jews. Six of these death camps were built and were often kept working round the clock, killing thousands per day. Find the writer's main points and support Ask yourself what the author wants you to learn or think about Talmud Adolf Hitler Heinrich Himmler Adolf Eichmann Rudolf Hess Dr. Mengele Aryan Race Third Reich Concentration Camps Temple Destroyed Gas Chamber Also, Auschwitz-Birkenau Kabbalah Hasidism Job Kaddish Maimonides Messiah Zohar Passover Pentecost The most important compilation of Jewish oral tradition A BIOGRAPHY is the story of a life from another person's perspective. An ESSAY is a short nonfiction work that addresses a specific subject. A SPEECH is a talk or an address presented to an audience. The celebration of the giving of the Torah "The Angel of Death" A doctor who performed brutal, unnecessary experiments upon prisoners Gas Room Auschwitz Zohar Synagogue The model concentration camp used to deceive the visiting International Red Cross. Many artists were imprisoned here and later killed. A prayer in Aramaic praising God. The mourner's Kaddish is said for the dead. Fascism is a system of government with a centralized authority under a dictator, stringent socioeconomic controls, suppression of the opposition through terror and censorship and usually a policy of belligerent nationalism and racism Holocaust means "complete destruction by fire" The term is now associated with the murder of more than six million Jewish people and millions of others during World War II From the Hebrew meaning "light" or "splendor" One of the major works of the Kabbalah Names and Places Anti-Semitism Greek word for the celebration of the exodus of the Jewish people from slavery in Egypt A Jewish house of worship and study References and Thanks Adolf Hitler Background Passover SS Gestapo Dachau Auschwitz Thereisenstadt Selection The Final Solution Glasses Maimonides der Führer "The Fuhrer" or the leader of the Third Reich dictator of Germany Chancellor - 1933 President - 1944 a demagogue and tyrant who obtains power by appealing to the emotions and prejudices of the masses Holocaust Nazis forced Jews to wear a golden cloth badge with the word "Jew" written in the center of the six-pointed star Other colored stars indicated other classes of supposed "subhumans" (i.g. anarchists, gypsies, pacifists, etc.) Ethnicity is a shared and distinctive cultural characteristic pertaining to the language, religion, background, etc. of a group of people Political movement advocating the establishment of a Jewish state Yellow Star Job Day of Atonement Holiest day of the Jewish year When the Jews fast and pray for forgiveness of their sins Zionism Third Reich The commander of Auschwitz Night by Elie Wiesel Kapos are camp prisoners forced to oversee other prisoners Some were designated so in exchange for fewer punishments, more food, and warmer, private lodging. Some believe that the word comes from Kameradschaftspolizei which is, roughly, the Comrades Police Force Ghetto Jewish/Biblical Terms to Know Prewar European Jewish population: 9.5 million 1.7% of European population ~70% World's Jewish population Most Jews lived in eastern Europe, primarily in the Soviet Union and Poland. The Nazi party came to power in Germany in 1933. The Germans moved to extend their power in central Europe, annexing Austria and destroying Czechoslovakia The pure Germanic race used by the Nazis to suggest a superior, non-Jewish Caucasian typified by height, blonde hair, and blue eyes To Put it in Perspective Discrimination SS Gestapo Selection A concentration camp used as a model for the death camps Current Populations AR: 3mil DFW: 6.5mil NYC: 8.5mil Czech Rep: 10.5mil Ohio: 11.5mil Germany: 80mil Arbeit Macht Frei 1135-1204 Jewish rabbi Physician Philosopher One of the foremost scholars on Jewish law and ethics Term used when the SS forced prisoners to line up for inspection and decided which prisoners would live and which would be 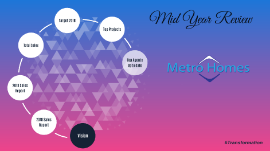 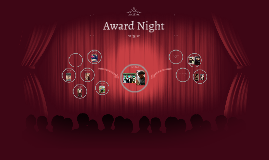 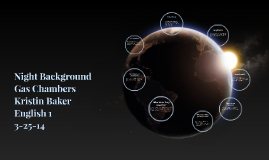 Transcript: Who were they used by? Started in the 1930's and 1940's Used by the Third Reich initially a part of the "public euthanasia program" first used to eliminate the physically and mentally disables then on to the jewish population Nazi Germany or the Third Reich used them to kill off the jewish population along with the disabled or elderly The Nazi concentration and extermination camps including Auschwitz and Majdanek used hydrogen cyanide in the form of Zyklon B. was a Nazi concentration and extermination camp established on the outskirts of the city of Lublin during the German occupation of Poland in World War II. Types of Gas Chambers Auschwitz Night Background Gas Chambers Kristin Baker English 1 3-25-14 What was in the gas they used? Gas Chambers In June 1942 many hundreds of prisoners of the Neuengamme concentration camp were gassed in Bernburg Euthanasia Centre. hydrogen cyanide; carbon dioxide and carbon monoxide most commonly found in cigarette smoke, plastics and making photographs. Other Facts people were stripped down before entering the chambers the chambers were separated into by gender Gas Chambers (continued) a network of concentration and extermination camps built and operated by the Third Reich in Polish areas annexed by Nazi Germany during World War II. Majdanek 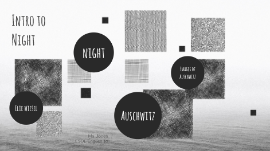 Transcript: Intro to Night Ms. Jones ESOL English 10 Elie wiesel Elie wiesel The Author of night & Survivor of the holocaust - Born on September 30, 1928, in Sighet, Romania - In 1944 his family was sent to Auschwitz-Birkenau concentration camp in Nazi-occupied Poland - Elie was set free in 1945. - Of his relatives, only he and his older sisters Beatrice and Hilda survived Elie's Family Elie's Family Elie lost his father, mother, grandmother, and younger sister because of the killings and cruelty comitted by the nazis Elie's father Elie's father Elie's father was named shlomo wiesel For Eliezer, his father is occasionally a burden that limits his chance of survival, but more often Eliezer’s father is a reason for him to keep on living. Shlomo wiesel Shlomo wiesel 1944 - The Wiesel family is sent to the Auschwitz concentration camp, when Elie is ... 1944 - The Wiesel family is sent to the Auschwitz concentration camp, when Elie is 15. January 1945 - Is moved with his father to the Buchenwald concentration camp. His father dies there. April 11, 1945 - The Buchenwald concentration camp is liberated. Wiesel and other orphans are sent to France. night night - Elie Wiesel published Night in 1956 - He wrote, "Never shall I forget that smoke. Never shall I forget the little faces of the children, whose bodies I saw turned into wreaths of smoke beneath a silent blue sky." -It is one of the most important books written about the Holocaust Auschwitz Auschwitz Auschwitz, also known as Auschwitz-Birkenau, opened in 1940 and was the largest of the Nazi concentration and death camps During World War II (1939-45), more than 1 million people, by some accounts, lost their lives at Auschwitz. Some prisoners were also subjected to barbaric medical experiments led by Josef Mengele (1911-79) Not everyone who got to Auschwitz was immediately killed Those who were able to work were employed as slave labor Images of Auschwitz Images of Auschwitz 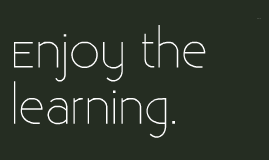 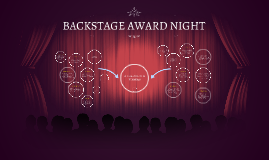 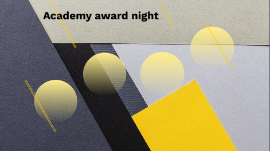