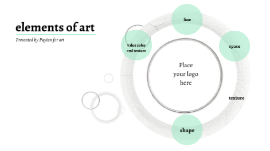 Transcript: Presented by Payton for art Place your logo here elements of art value color and texture value and color and texture value value valure is color color there is a triterary and a secondary color in this picture and if you look too the far right of the pictutre you can see a primary color :red texture Name, Title line line in this picture there is vertical and horizntal lines vertical vertical express power and hight horizontal horizontal these lines express peace and tranquility space space space is the distance or areas of an object unoccupied this area is unoccupied occupied this area is occupied texture inplied reality texture texture is how an objcet feels the picture inplies that this is smooth the reality is that this screen is smooth shape 3-d & this presentation is 2d see paytons notebook for 3d shape 2-d 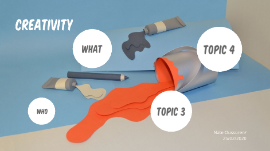 Transcript: CREATIVITY Nate Oussoren/ 25/02/2020 Who Who is Kimmy Cantrell And What Did He Do? SUBTOPIC 1 SUBTOPIC 1 TEXT TEXT PICTURES PICTURES SUBTOPIC 2 SUBTOPIC 2 TIMELINE 2019 TIMELINE MAP MAP CHart CHart TOPIC 2 What When were his dates TOPIC 3 TOPIC 4 TOPIC 4 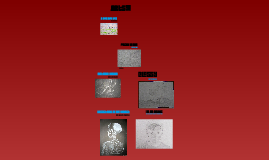 Transcript: aRtSy! A Normal Day Fresh kicks Autumn Vision classy Skeletons in my closet I'm up Above feels like autumn i'm in the clouds, I'm rollin up, I'm looking down yeah real normal... for my boy eminem random dot so fresh Stay classy...

Transcript: Yvonne Hernandez 9/12/12 Project 1 Wednesday 7:00-9:00 pm Key Terms Considered art? What caught my eye on this piece of art was the primary colors that stand out and if you take a second to look at it you will notice that its in a shape of a face. Based on the detail you can recognize it is a women's profile. A great piece of art does not always have to be locked up in a museum or gallery to be appreciated this world is full of art all around us that should also be recognized Line-Path traced by a moving point Value- the different kinds of colors from light to dark Shape-Two dimensional forms that occupies an area with identifiable boundaries Design- the organization of visual elements in a work of art Hatching-Closely spaced parallel lines that can also be crossed to make a dark or light value Primary Colors- Red, Yellow and Blue and don't mix www.streetartutopia.com Street Art 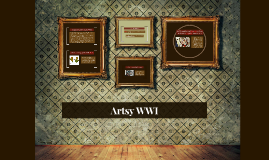 Transcript: Changes in Art During and After WWI Traditional Western art ideas from before the war were turned around. People started to speak their emotional views through the pieces they created. “World War I reshaped the notion of what art is, just as it forever altered the perception of what war is” (Johnson). “In visual art, Surrealists and Expressionists devised wobbly, chopped-up perspectives and nightmarish visions of fractured human bodies and splintered societies slouching toward moral chaos” (Johnson). Dada, an art movement developed in Switzerland, created pieces of art that made people question society instead of pleasing artwork. Art changed from artistic styles to expressive styles. Broken Gun sculpture found in Belgium Self-Portrait by Max Beckmann is shown at the Paris' Pompidou center in France this painting shows a man expressing how he truly feels about the war war produced chaos making him feel hopeless for things to go back to normal "Maple leaf in sunder by razor blade" by Karl-Ludwig Poggemann Berlin, 2007 Disillusionment of the war /Razor The razor, originally used for good, is now being used to strip a living leaf in half . This is just as the war was thought to have been a good thing until people realized how bad it can actually be. The razor left the leaf unable to put itself back together just as the people were left hopeless after the war http://study.com/academy/lesson/reflections-of-war-in-early-20th-century-art.html Art in World War I Artsy WWI this gun, once thought of as a good thing having the advantage over the enemy, is now seen as a bad thing, killing many soldiers. they wanted piece ; no more war breaking the gun symbolizes the start of peace/ no more war Socio-cultural changes in art in the decade following World War I do reflect the concept of a Lost Generation. 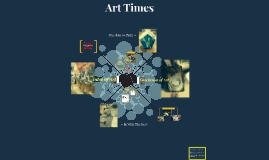 Transcript: Art Times Intro of Art Freedom to Paint -> Time? Conclusion of Art <- In With The New Better By Meyer Only got an hour but I was able to manage just fine! Freedom to Draw OOPS! Art Gala-Little Helper Light Bulb! Bibliography for Pictures not taken by me. http://johnryanrecabar.files.wordpress.com/2010/06/cavemen-art-critic.gif http://theatrecritic.files.wordpress.com/2011/02/theidealcritic1.jpg <iframe id="vp1ZZfmM" title="Video Player" width="432" height="243" frameborder="0" src="http://embed.animoto.com/play.html?w=swf/production/vp1&e=1401320156&f=ZZfmMtrxXfpQQ1DYmTCAMQ&d=0&m=b&r=360p&volume=100&start_res=360p&i=m&asset_domain=s3-p.animoto.com&animoto_domain=animoto.com&options=autostart" allowfullscreen></iframe><p><a href="http://animoto.com/play/ZZfmMtrxXfpQQ1DYmTCAMQ">Josilyn Rose</a></p> 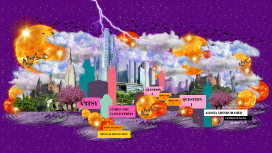 Transcript: ALISHA AMINMOHAMED CANDIDATE NO 134 October 2020 MEDIA AS LEVELS CRITICAL REFLECTION ARTSY GENERAL INFORMATION ARSTSY MAGAZINE I made this aiming to give a new insight of art through a magazine. I got roused to do so on the grounds that there are very few acceptable art magazines out there and I feel as though it has tremendous potential considering art is obviously all over the place however it is underrepresented. Within Kenya, there not many creative or interesting art magazines. They are limited and that is why I decided to take, on the challenge of making one. Another thing that served as motivation is my personal experience as an artist. I know how it is to participate in a competition and some guy wins because he is well known not because of his work. Then the judge comes and talks to you and tells its the artists contacts. Aspiring artists really struggle to make a name even if the work is full of quality because of the society and they end up getting demotivated, heart broken and feeling like their work is not good enough. It gets worse for females. I likewise got persuaded by attempting to depict females in the art business through my double page spread as they are not put out there like men in art. The magazine is aimed to be for aspiring artists, people interested in seeing art and-experienced artists with the age range being old teens (16) to middle aged people (around 35) The genre of this magazine is art. It is meant to be both education in that it is teaching its audience new techniques of art and yet interesting as it has art related gossip These are links to my blog and flip-book https://alishamohammed.blogspot.com/ https://online.flippingbook.com/view/1027920/ COVER GENERAL For my front cover page, I tried to put a bold image so that it attracts potential buyers and an audience because of its contrasting colors and in your face drawing. I tried to use a unique font (Noto Serif Display ExtraConde) for the masthead and i put the price and company on the left coloumn. I made my coverlines black to make them pop more and I also put a bar code to follow more codes and convention of my magazine. I made the border bright red then black to drag more attention to the cover image and make the magazine stand out out of the norms. INSPIRATION I used this as inspiration because I liked the contrasting colors and the use of the border CONTENTS PG ABOUT I made this cover page and stuck to it because I felt as if one image would be plain. Instead, I decided to try to give variety to my magazine and I was also advised to do so. I put my topics in a chronological way and I also put titles with little lines of more information on the heading. I used 3 different images of different backgrounds. I used a picture from the interview, a picture of a traditional mandala in process with its tools and an image of face-painting. I tried to ensure all images were eye catching and interesting to look at. For the titles of the contents, I made it red so that readers can differentiate between the lines of content and the title. I also did it to make it more 'bold' I used my Sony Cyber-shot RX100 camera as it produces image quality for the size. INSPIRATION This was my inspiration for the cover page. I liked how bold it was and how it gave off a non-manual vibe DOUBLE PG SPREAD ABOUT I made this double page spread since I feel as though it looks brimming with content yet intriguing. I made it look useful so it looks more expert and genuine. I followed a blue color scheme to reflect solidarity and what was being discussed. To give it a feeling of fellowship so the eye can follow and comprehend this is about a solitary thing; the interview I utilized the Alike textual style for the content and I put in a lead on or stand first with a gigantic letter at the upper left of the introduction of "Alisha Sultan" I likewise put blue corners as an afterthought to cause to notice the intense pictures in this double page spread and to make it look more sensible, I put web-based media names at the base right. I also tried my level best to endure that the interview questions made sense and were interesting. INSPIRATION INSPIRATION This cover page inspired me because it looked eye catching, new and professional. CODES AND CONVENTIONS CODES AND CONVENTIONS OF MY MAGAZINE FINALS COVER PAGE MASTHEAD PLUG DATE PRICE BORDER BACKGROUND MAIN/CENTRAL IMAGE COVERLINES BARCODE COVERLINE CONTINUATION DATE- to portray the time of the magazine publishing PRICE- to show the worth of the magazine my magazine stand out and drag more attention to what is within the border. BORDER- i out this in order to make MASTHEAD- My masthead is in Noto Serif Display extra conde. It is black and has a white illustration on top to make it more appealing and artistic. It is bold for strong emphasis of the magazine name and what it is about and so that it is easy visible since is black against a white background. The color black in my masthead goes deeper than it may seem. 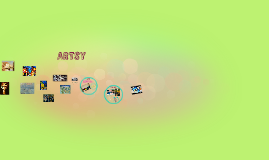 Transcript: Through art we are able to explore a great variety of things. Le louvre is one of the worlds largest museums, which also contains some of the worlds most well recognized paintings For centuries art has been considered to be a great way for people to express their emotions. Van Gogh Bal du moulin de la Galette ART Artwork around the world is appreciated primarily by its beauty or emotional power impressionism Art contains various branches of creativity FINE ART ARTsy