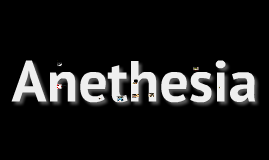 Transcript: Anethesia 1225 Raymond Lullus made a vitriol, it was highly flamable. Later on in the sixteenth century, then another man named Paracelsus tried the substance on chickens and discovered it put them to sleep and they didn't feel pain. A German Chemist later named this substance "ether". 112 years later an English Scientist expierimented on himself with ether. It made him laugh, so he named it laughing gas. After it was discovered that ether use was usually followed by puking, scientist began using chloroform in place of ether. Chloroform use led to many deaths. How anesthesia works - It enters through a combination of inhalation and through your blood -It paralyzes your muscles and gives you amnesia, so you can't remember anything Why anesthesia is the most important invention Your dentist would be using this method while you are watching and feeling every second of it Anesthesia is also important for your surgeries 2002 March 2005 For births 2010 2000 And in war On March 30, 1842, the first painless surgery was preformed by Crawford W. Long on his student to remove his tumors, using ether. 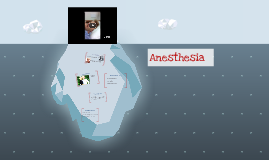 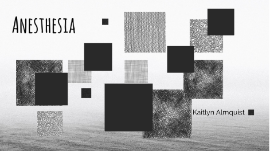 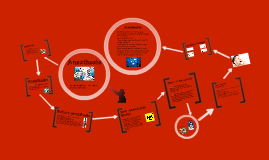 Transcript: Chemical Formula Objectives Anesthesia-medicines that can numb pain locally or cause unconsciousness and decrease pain over the entire body Austin Callahan Nathan Stratton General-used during medical and surgical procedures that would be too painful to endure while awake, (mask over nose and mouth) Local-given by injection to numb parts of the body during surgery and dental procedures, (needle). Can also be used to numb eye before certain examination. *Ointments, sprays, and lotions are also local anesthetics What is anesthesia What was used before anesthesia How anesthesia works The main types of anesthesia Most common anesthesia Chemical Formula of anesthesia Types of Anesthetics Desflurane Soporifics and Narcotics-marijuana, belladonna and jimsonweed Mesmerism or hypnosis Knock patient unconcious with physical strike Counterirritants such as stinging nettles Alcohol and opium (most common) *Unfortunately, the large doses of alcohol needed to produce stupefaction were likely to cause nausea, vomiting and death instead of sleep. Opium, while a strong analgesic, had significant side effects itself and was typically not powerful enough to completely blunt a surgical stimulus. Local Before anesthesia Nitrous oxide (N20) -Discovered towards the end of the 18th century and is still being used today -Colorless, odorless gas -Discovered by Joseph Priestley -Nicknamed laughing gas (Humphrey Davy realized it had psychological effects) -Used as a sale product in traveling medicine shows and carnivals (before use was found for medical purposes) diethyl ether Conclusion Anesthesia Chem Study Anesthesia How Anesthesia Works Most Common Anesthetic Anesthesia works by preventing sodium ions from going from one nerve cell to the next. An easy explanation would be that the anesthetic molecules bind to a nerve cell and block the openings through which the sodium ions are released. Anesthesia-pain killer for surgery Alcohol and opium (most common), among other options Types of Anesthesia: -General (nose and mouth mask, leads to unconciousness) -local (needles, creams, lotions, sprays, applied to specific area) Most common anesthesia-Nitrous oxide Chemical formula-varies, but sodium ions inhibit the nerve cells in all to prevent sensitivity to surgical procedure General 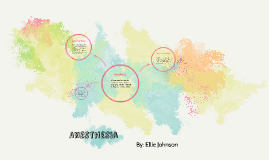 Transcript: Anesthesia Anesthesia He was a dentist who invented anesthesia by experimenting with a substance called ether to use on a patient at his dentistry. He extracted a tooth from a patient who felt no pain. The success of this operation led others to start experimenting with ether. It helps to relieve pain in operations and surgeries. Examples include: childbirth, pulling teeth, amputations Anesthesia By: Ellie Johnson Dr. Morton designed a machine of a simple glass globe that contained a sponge soaked with ether. This machine helped the patients relieve the pain. Before anesthesia was invented, the only way to ease the pain and distract the patients was the use of herbs and the limited supply of alcohol and drugs. Also, the courage of family and friends could temporarily distract the patient from the pain. Before Anesthesia William T. G. Morton Overall, anesthesia has helped millions of people through what would have been intolerable amounts of pain during surgeries and operations. Anesthetic Machine 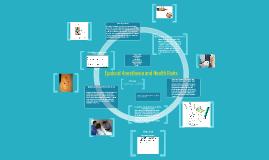 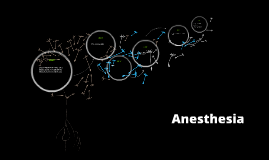 Transcript: London to lessen the pain in which people feel while in surgery what? where? 1799 by a young chemist inhalation or intravenous(through the veins) why? gases or injections of a drug before surgical operations to put you into induced coma or to numb the area memory loss of surgery possible death dizzy feeling directly after how? Anesthesia impact? when? 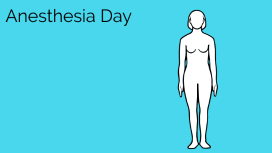