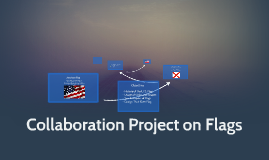 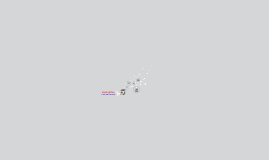 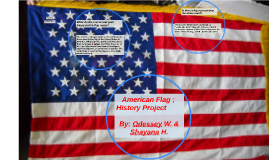 Transcript: There is the Whole Earth, marketed as "Authentic Earth" flag with a photo of Earth from space against a dark blue background, the United Nations flag, and the Earth Day banner. Betsy Ross; who was acquainted with George Washington The colors of the pales (the vertical stripes) are those used in the flag of the United States of America; White signifies purity and innocence, Red, hardiness & valour, and Blue, the color of the Chief (the broad band above the stripes) signifies vigilance, perseverance & justice. The gold fringe is used on the flag as a honorable enrichment only. Who created the American Flag? American Flag ; History Project By: Odessey W. & Shayana H. What do the colors and gold fringe on the flag mean? Is there a flag representing the whole world? 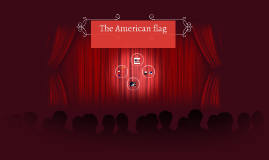 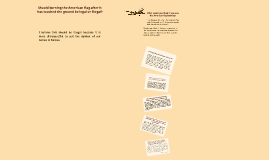 Transcript: Should burning the American flag after it has touched the ground be legal or illegal? I believe this should be illegal because it is more disrespectful to put the symbol of our nation in flames. There's rules to follow in displaying the flag and even folding the flag. In 1923 a set of rules were adopted by representatives of patriotic and civic organizations. In 1942 the U.S. Congress issued a resolution, approved by the President, becoming the official code of etiquette for the United States flag. It is disrespectful to let the American flag touch the ground, so if it does, some people think the solution is to burn it. What would our Forefathers think if they saw the American flag burning? The American flag is a symbol of our strength and freedom. Terrorists tried their best to destroy us on 9/11 by crashing into the twin towers, so when I think of a burning flag I picture 9/11. Our enemies are the ones who want us to fail, so why would Americans want to burn their own flag if we fight those who try to do the same? June 14th, 1777 Congress established the first United States flag. Betsy Ross made the first stars and stripes for General George Washington. There was no official flag etiquette until the 20th century, and although there was no code established, I can't imagine how he would feel seeing his flag burn. George Washington is just as much a symbol of this nation as the flag is. As American citizens I do not think it is anyone's intention to disrespect the Flag of the United States of America. If it happens to touch the ground, we should just brush it off and fly our flag high. How can you burn a trademark of America that you say a pledge to? People may think of this as a 'cremation' of the flag, however, as Americans whenever the flag, or country, falls it is our duty to pick it back up and rise again. Why please terrorists? What would they think if they saw the American flag burning? What would you think if you saw the American flag burning? It has been said that when the flag is worn out it should be destroyed in a dignified way. In defining the proper handling of the flag it says the preferred destruction is by burning. However, in 1989 the U.S. supreme court ruled that the burning of the flag as a form of protest is protected by the Constitution. In 1923 the flag was referred to as "my flag," then "the Flag of the United States." In 1924 "of America" was added. “This flag, which we honor and under which we serve, is the emblem of our unity, our power, our thought and purpose as a nation. It has no other character than that which we give it from generation to generation. The choices are ours. It floats in majestic silence above the hosts that execute those choices, whether in peace or in war. And yet, though silent, it speaks to us — speaks to us of the past, or the men and women who went before us, and of the records they wrote upon it." -President Woodrow Wilson The Flag of the United States of America 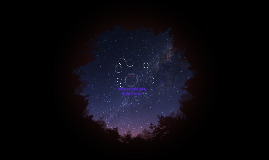 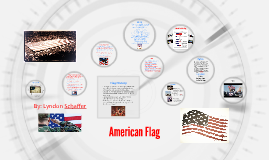 Transcript: More Flag Rules White Flag nicknames Blue How to Fold the Flag Flag History Flag Symbols -World War II When a flag is at half-staff this means that the country is in mourning for Americans who tragically lost their lives. Days when we always do half-staff Memorial Day Patriot Day (September 11) National Firefighters Memorial Pearl Harbor Remembrance day When the American flag is flown at half-staff, state and other flags should be flown at half-staff also. If you have a flag that can't be lowered, attach a black ribbon or streamer to the top. Only the President and state Governors can decide when to put the flag at half-staff. Length of time for half-staff 30 days after presidents death 10 days after vice presidents death 1 day after death of a member of Congress By: Lyndon Schaffer Half-staff Quiz The Flag should be hoisted slowly and lowered briskly Flag day is the 14th of June The color blue stands for hardiness and valor The Flag should never have anything placed on it Old Gloria is a Flag nickname The first Flag, sewn by Betsy Ross, had 13 stripes The Flag can be dipped only to the President The Flag is at half-staff for 30 days after a death of a President 95% of last years flags were made in China The correct way to dispose a Flag is to throw it in the garbage The flag is an emblem of our identity as a separate nation for more than 200 years so therefore citizens should stand at attention and salute when their flag is passing in a parade or being hoisted or lowered. You can only have the flag up at night if you have a light on it. The flag should be hoisted briskly and lowered ceremoniously The flag should not be displayed when the weather is rough. It should always be displayed at school on school days and at every public institution. It should be at the center, and the highest point when displayed with a group of state flags. When the flag is used to cover a casket, the union should be at the head and over the left shoulder. The flag should not be dipped to any person or thing. The correct way to dispose of a flag is to burn it in a dignified way and then bury the ashes. It should never touch anything beneath it such as the ground, the floor, water, and other merchandise. When displayed from a staff projecting from a building, the union should be at the peak of the staff. The flag should not be displayed on a float except from a staff, nor draped over the hood, sides, or back of a vehicle. The flag should never be displayed with the union down because you should save it for a signal of dire distress. It should never have anything placed on it. Last, the american flag should always be respected. This was during the battle of Iwo Jima in WWII in 1945. Three of the six men were killed during the battle. Flag Rules Regulations The 13 strips represent the 13 original British colonies. Some firefighters hoisted this flag after the 9/11 attacks on the World Trade Center. This photo becomes very famous over the years. - 9/11 Attacks The origin of the first american flag is unknown but many think that it was designed by a New Jersey congressman and was sewn by Betsy Ross. On June 14, 1777, the continental congress passed an act that established the first official flag for the new nation. On August 3, 1949, President Harry S. Truman officially declared June 14 as flag day. Between 1777 and 1960, the American flag has changed shape, design, and the arrangement of the stars and stripes. 50 stars American Flag 13 Strips In 1969 on July 21, Neil Armstrong permanently planted this American Flag on the zero gravity moon. This is where he said "That's one step for man, on giant leap for man kind." The color white represents purity and innocence. The color blue on the flag represents vigilance, perseverance, and justice. The color red represents hardiness and valor. Famous Flags Red The worlds largest flag was measured 505 feet by 225 feet, weighs 3,000 pounds, and takes 500 people to unfurl. The smallest flag, created by graduate students from the University of Texas, is 7 microns while a human hair is 100 microns. 94% of all the flags imported to the U.S last year were from China. On September 11, 2001, 115,000 flags were sold in any Walmart compared to 6,400 in 2000. The 50 stars represent the 50 present day states. Video Old Glory Star Spangled Banner The Stars And Stripes -Flag on the Moon Flag Facts