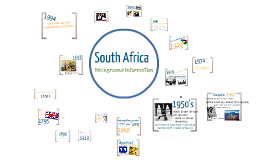 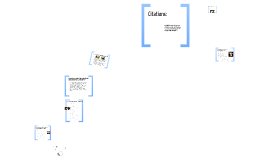 Transcript: Africa Education Issues Why is education important? The main idea for Africa's education! Arabic-northern Africa Swahili-Tanzania, Kenya, Uganda, Burundi, Rwanda Amharic-Etiophia Somali-Somalia Tigrinya-Eritrea Yoruba-Nigeria and the Republic of Benin Igbo or Ibo-Nigeria and Cameroon Swazi- Swaziland and South Africa Malagasy-Madagascar Seychellois Creole- Seychelles South Africa- Afrikaans, English, IsiNdebele, IsiXhosa, IsiZulu, Sepedi, Sesotho, Setswana, SiSwati, Tshivenda, Xitsonga The reason the percent is so low, is because some countries don't allow girls to own anything, so there is no point of going to learn to read or write. Another reason is when girls get their menstrual period they don't have proper feminine items to take care of themselves so they miss a week of school. How many of Africa's out-of-school children are girls? By: Jessica Archambeault,Carly Sayers & Ryan King More than two thirds of girls completed the last grade of primary school in all EFA countries in 2008 compared to only 56% in 2002. The number of primary school age children out of school fell by 39 million and stood at 67 million in 2008 according to UNESCO. From 1999 to 2008, an additional 52 million children enrolled in primary school according to UNESCO. How does this affect education? How does education relate to social and economic development? Social: People need to be able to communicate with each other by using common launguage and common knowledge. Economic: Education creates opportunity and a better educated working force. Which creates less unemployment. How many children are uneducated in African schools? Education is important so you can learn the skills to help with your future job and for running your home. Without an education it's hard to get a job and without a job its hard to get an income. So You can grow up and get a good job and provide for yourself and your family. You need an education to run your home and to provide for your family with your job. What languages do Africans speak and how does that affect education? What are three examples of the results of the aid that has been given as a result of the EFA? Make some suggestions for improving education in Africa. Global issuses in context Issuses and Controversies Opposing viewpoints Our Main idea is to get more kids in Africa to get more excited about going to school. More educated children means less unemployment, and a better Africa! Teachers can't go from diffrent parts of Africa to teach in other parts of Africa becasue of language differences Citations: Money could be taken from the defense budget and put it into education in America & Africa. Give rewards to families for sending their children to school. Give feminine products to girls so they do not have to miss school during their periods. Do fund raising in American schools and at home to send money to African school kids. What is the Education For All initiative? Girls enrollment in school is 8% lower than boys' enrollment The EFA has 6 goals: Expanding and improving education & childhood care. By 2015 have a good quality education, especially for girls. Learning needs are met though young and old people are given equitable access. Achieving 50% improvement in adult literacy, especially women. Making sure that the EFA continues education for adults in Africa. Getting rid of gender disparities and achieving gender equality in education. What Does school do for a persons income? Estimats are that 30% of all children in Africa are not in school. That's millions of children. 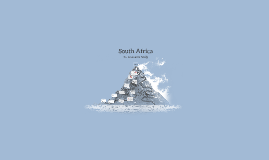 Transcript: Apartheid Total Segregation of White People (Afrikaners) from the Native Africans. Wage Bar/Color Bar - Afrikaners are more justly compensated than the natives. Thus dividing the labor force into two factions, creating civil unrest and unequal job opportunities because of racial discrimination. An Economic Study Nelson Mandela with the help of the African National Congress (ANC) worked hard to establish equality among the workers, may it be the white settlers or the natives. The economy was suffering in terms of its labor force productivity caged by the repressive Apartheid. RDP promotes freedom and just compensation to the workers, providing them with enough sustenance for a just living, thereby increasing the productivity of each member of the society. -With the movement of the World Economy, gearing toward Capitalism, it is apparent that putting some of the commanding heights at the hands of the private sector would create a self-sustaining market with prices standardized among themselves. It opens opportunities to start trading more due to relaxed government controls on such things as prices. WHY IT WORKS? Background of South Africa HOW DOES IT WORK? WHY IT WORKS? Economic Issue: Inflation and Unemployment Economic Issue: Unemployment Economic Policy: Growth, Employment and Redistribution RDP works by offering jobs to the natives (including administrative work other than working in the mines), giving proportionate compensation to the workers, abundant and equal job opportunities, thereby increasing productivity. Establishing rapport with other nations, fueling the export trade for minerals. Increasing government expenditures thereby affecting the over-all status of the economy. HOW DOES IT WORK? GOALS: -Socio-economic reform = rights of the workers -Reduce the wealth distribution gap (lavish richness vs abject poverty) -Eradicate repressive labor policy, apartheid and sexism. -Equality among others (Socialism) -Privatization of the parastatals -Relaxed marker controls of the government -Reduced government spending -Work hand in hand with the private sector South Africa Former British Colony Rich in Mineral Deposits (Gold and Diamonds) Market relies heavily on exports Economic Policy: Reconstruction and Development Programme World War 1 + Stock Market Crash of 1929 = Recession and Depression of the World Economy -Market-oriented economy(Hayek foundations) -Release of some parastatals (Commanding Heights owned by the government) -Relaxed Market Controls, Government's role would only be as facilitator. -Over-all it didn't depart much from RDP's goal to abolish apartheid. Thank you! 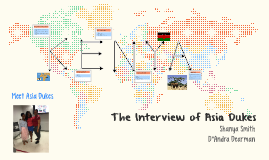