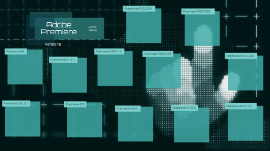 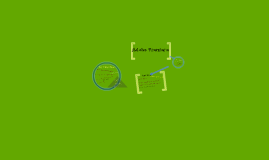 Transcript: Video Editing Window > Effects Double click to preview the file Plug in camera then File > Capture or 'Media Browser' panel (bottom left) to selct the file desired from your PC Effects Press record in premiere, then play on the VIDEO CAMERA to start recording. Capturing Video LEAVE Video, Audio & Capture ALONE as default Give the clip a name & a description if you wish Firstly. Choose NEW PROJECT on the start page :-) A captured video will save automatically, and will directed to the project view Or FILE then NEW PROJECT Adobe Premiere Double click on video project window to open a source window. Trim videos with setting in/out points (I/O) Open video effects folder for video effects. Search for effects by typeing what you're after in the effect search bar Drag edited clips into the 'Timeline Window You can move markers up and down the timeline. Or you can press the forward and backwards keys. Change the order by holding CTRL and dragging each clip to where you want it Importing File > Import Or Click effects tab in bottom left window Or just press F5 Drag effect and place on clip in timeline window Click and drag desired file to project panel Name it & Save it 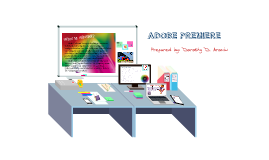 Transcript: Adobe Premiere Pro is used by broadcasters such as the BBC and the The Tonight Show. It has been used in feature films, such as The Social Network, Captain Abu Raed, and Monsters, and other venues such as Madonna’s Confessions Tour. Pros: A new, vast array of tools at your disposal, faster editing speed, supports playback and the workflow is much quicker with other codec’s, including AVCHD and HDV. Cons: Can still occasionally crash. Conclusion: This is the most reliable and efficient editing software currently being sold. Whether you are editing in a professional capacity or in your leisure time, the Adobe Premier is the ideal choice and will fulfill all of your desires, making it the new zenith of editing technology. Adobe Premiere Updates Desktop software Adobe Photoshop, Adobe InDesign, Adobe Illustrator, Adobe Fireworks, Adobe Soundbooth, Adobe Acrobat and Adobe Audition Server software Adobe ColdFusion, Adobe Content Server and Adobe LiveCycle Enterprise Suite, Adobe BlazeDS Formats Portable Document Format (PDF), PDF's predecessor PostScript, ActionScript, Shockwave Flash (SWF) and Flash Video (FLV) Web-hosted services Adobe Kuler, Photoshop Express, and Acrobat.com Web design programs Adobe Dreamweaver, Adobe Contribute, Adobe Muse, Adobe Flash Builder, Adobe Flash Catalyst, Adobe Flash, and Adobe Edge Video editing and visual effects Adobe Premiere Pro, Adobe After Effects, Adobe Prelude, and Adobe SpeedGrade eLearning software Adobe Captivate Organizational software Adobe Extension Manager and Adobe After Effects Web content management Software Adobe Web Experience Management (WEM) It is a timeline-base video editing software application. It is part of the Adobe Creative Suite, a suite of graphic design, video editing, and web development programs. Adobe Premiere Editor's Review why choose Adobe Premiere?? Prepared by: Dorothy D. Aromin Session ENDS! Products of Adobe These updates have helped to make the Adobe Premiere the ultimate editing software, that you can use to edit on a laptop in the privacy of your own home or professionally within a media context. The system runs in a vastly smoother and faster fashion than previous models and there is the extra opportunity to use Adobe Title Designer, MPEG-2 export, DVD authoring and several powerful audio tools to help mold and define your desired video production. History of Adobe Premiere Video Presentation and Example What is ADOBE? Adobe Systems Incorporated is an American multinational computer software company headquartered in San Jose California, United States. The company has historically focused upon the creation of multimedia and creativity software products with a more-recent foray towards rich Internet application software development. Adobe was founded in December 1982 by John Warnock and Charles Geschke. The company name Adobe comes from Adobe Creek in Los Altos, California which ran behind the houses of both of the company’s founders. Adobe Premiere has upgraded many of its functions, meaning that you can work more productively with Real-Time Preview, and it continues to provide unequalled hardware support, whilst the latest software has the most adaptable DV-editing tools on the current market. Over the last decade Editing has turned from a cult trend that could only be performed on large and expensive machines, into an everyday activity that can anyone can learn to use, and the Adobe Premiere is the latest progression in this trend. Premiere 4.2 Premiere 5.0, 5.1 Premiere 6.0, 6.01 Premiere 6.5 Premiere Pro (AKA Premiere Pro 1, Premiere 7, PPRO) Premiere Pro 1.5 Premiere Pro 2 Premiere Pro CS3 (2007) Premiere Pro CS4 (October 2008) Premiere Pro CS5 (April 2010) Pemiere Pro CS6 (May 2012) Quite a few changes to the interface. Introduction of Adobe Prelude and SpeedGrade. Three-way color corrector, adjustment layers, new preset browser, rolling shutter repair effect. Introduction of Adobe Creative Cloud. ADOBE PREMIERE Adobe Premiere FACTS: 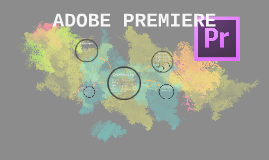 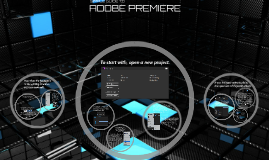 Transcript: ADOBE PREMIERE SIMPLE GUIDE TO If you feel your video is plain, then you can add special effects. Keyframe button The effects control panel. Now, drag the footage from the project bin located in the bottom left of the screen into the editing timeline at the bottom. Start with the clips you want to edit and import them into Premiere. To start with, open a new project. To remove the footage, right click on the mouse then click cut. You can also change the speed by clicking speed/duration then typing in the percentage of the current speed you want the sequence to be played at. Cutting your footage into sections is handy if you want to rearrange the clips in your video. To do this, click on the selection tool, select the footage and drag it. Video effects column When you have completed your video, you should now export it to save it seperately from premiere and as an individual video on your device. To do this click on file then go down to export and click media. The image above shows the options after right clicking on the selected footage. After doing this, you should now be on the export settings. Click export and it will export. It should take around 10 minutes to export depending on the size of the file. In order to add an effect, firstly look in the top right corner of the screen where you should see the effects column. If it doesn't show up, then click effects at the top of the screen. From there, you can look through the effects that you want to add. Once you have selected the effect you want to add, drag it into the effects control panel which is located in the top left of the screen. I hope you found adobe premiere very useful software for editing moving image. Before and after adding an effect. Now that the footage is in the editing timeline, you can now edit. In order to split the footage into sections, click on the razor tool. With the razor tool, click on the footage in the editing timeline at the point you want to cut it. This will cut your footage into sections. To do this, click on file in the top left hand corner then click import. It will then ask you to choose a video from your files. Find the video or videos you want to import then press choose. You should now have completed your video! Before adding the gaussian blur effect. Toggle animation button Razor Tool This is what keyframes should look like in the effects control panel after they have been added. After adding the gaussian blur effect. When the effect is in the effect control panel, add a keyframe in order to put the effect in the video. To do this, click on the triangle button to the left of the effect you want. Below the effect, specify the option values you want to enforce. Then you need to click the toggle animation button and click the add or remove keyframe button to set the effect in motion. If you want the effect to fade in or out then set 2 keyframes from the start to the end of where you want the fade to be. Set the option values on the first and last keyframe to something different. Selection Tool 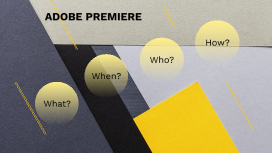 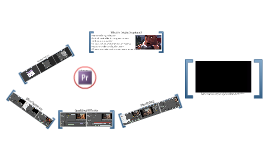 Transcript: Movie editing software Lots of neat effects like green screen and color correction Allows use of keyframes for animating Multiple video and audio layers Gives complete control over every aspect The first 36 seconds of 4-5 minute video I've been working on intermittently for a while. Made with Garry's Mod, edited together in Adobe Premiere CS4. Applying Effects Workspace Adobe Premiere CS4 What is Adobe Premiere? Finalizing Getting Started 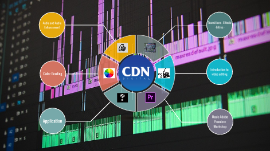